I was just re-watching Love Death + Robots and the suits episode struck me as a interesting setting that might be fun to play. If you’ve not seen the episode it’s about farmers/ranchers protecting their land and livestock from Aliens…not only that! they do it in giant mech “suit”. Something about the rough constantly repaired nature of the suits and how the characters are just normal people really interested me.
ANYWAY!!! the point of this post was to see if anyone has come up with or played any truly unique settings other than the standard fantasy, sci-fi etc etc… 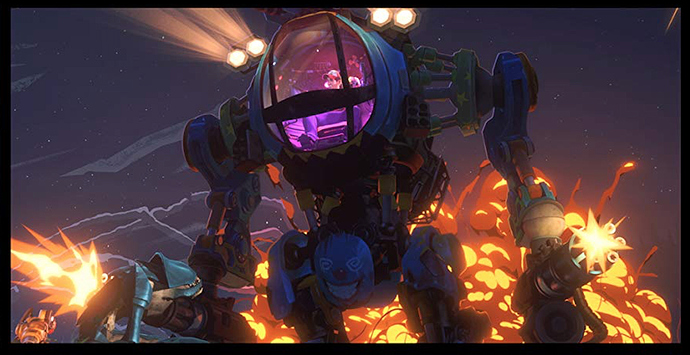 Recently, I launch a oneshot by forum about pastries being alive, with vanilla as energy source, sugar as magic fuel, etc.

I played by discord in a plush setting, like toy story. We just try to escape from a chamber, 2 hours of laugh and fail

Talking about LDR, the episode with russian soldiers in the snow fighting demons will be the next setting of another oneshot by forum, vey soon.

For my main campaign, we never define the setting, so it can count as truly unique as it doesn’t exist yet ^^

Another idea I’m working on is inspired by pokemon, with elementals living in some kind of Underworld the movie world, but it’s still a rough concept and it need to be refine.

Having setting ideas is very simple, it’s only a matter of tweaking what you see with your imagination. The world is an illusion, just move one step aside to see the tremendous amount of possibilities

I had the idea for a setting which was sort of a mix between Ghost Mountain and Six-String Samurai, in which the characters were '50s greasers in a road race across purgatory being pursued by the Devil’s biker gang, following a Wolfman-esque radio transmission leading them to the pearly gates.

Just look up Jerome or GhostHeim.

GhostHeim! Updates! But not all the updates yet! LOOKING FOR GROUP

**Wild West/ Fantasy Mashup… https://drive.google.com/file/d/1aZxeDY4PVVR44qU9KNqj5i3b4cnf4hpa/view?usp=sharing Ghost Mountain & Road to Salvation characters fit (exceptions below apply). Both will be allowed the first session, as Soon as character creation is Launched, the next session will use that!!! Plenty of flexibility included most of the updates added in bold.** Edit!! Adjusted time to 2 hours earlier. Based on 2 Player requests! Edit made to character creation mentions below, but m…

Mashup of living dungeon/western/fantasy…8ish sessions and had to be rushed for a conclusion.

Can’t really say I would ever run a truly generic setting again. Borders of odd seem to be my speed now. Discovery, interesting conflict, normal tropes to keep playing who just want to kill things interested.

Randomness driven by player characters choice in the background to keep me entertained.

I think I have told you this on the Discord, but I want to play in this game very badly.

As for my own unique setting ideas, I would love to take Ultra Violet Grasslands but run it in the Fallout universe. Have the players be running caravans using the Interstate Highway System from the US as the map. I guess that is not super unique but I think it would be a lot of fun! 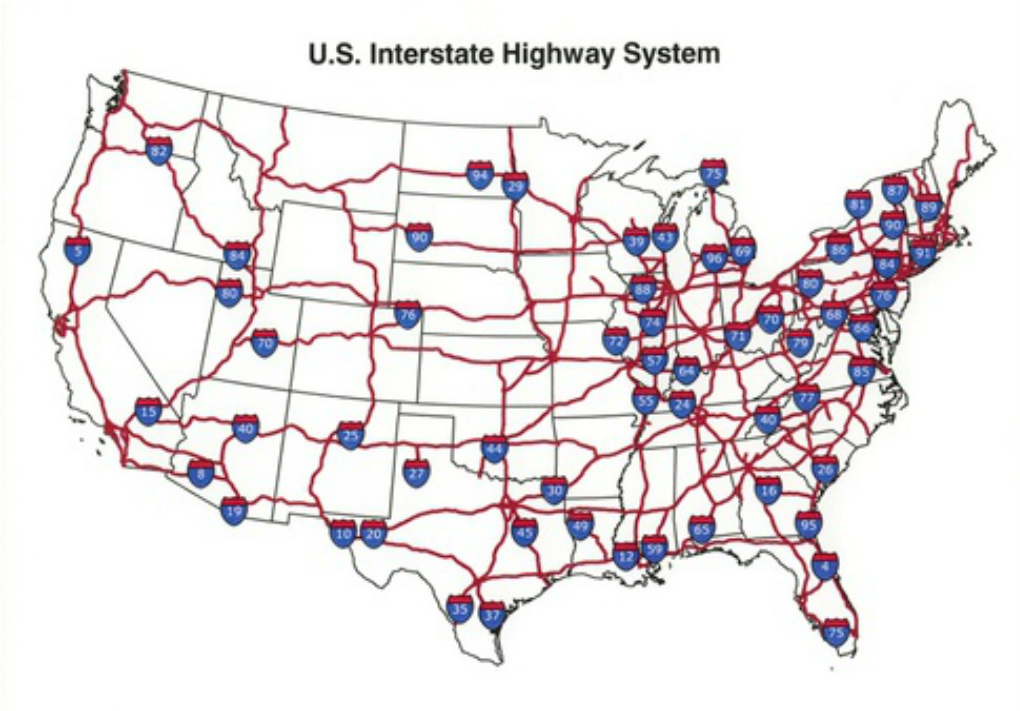 Hmmm….I love the premise, but the mashup seems a bit daughting. Fallout seems to take place with some time in between…I haven’t played even most of them, so kind of not sure. But there is enough there to complete most of the US, though the middle of the country is largely unexplored.

That said, fallout shelters being near each intersection, and or a township of some type with other things in between would make it full enough to make it a traveling game, resources and such.

Way back in the day I played in a robotec game that was traveling from South America to the Great Lakes. resources was the biggest thing, keeping tech prepped and ready to go was impossible.

Only exception I’d have with Fallout is fauna and flora would be resurgent. With a ton of new swamps and weird wetlands.

Beavers, coyotes, wolves, dear, wild hogs, bears, giant bovine herds, bison, would all be things to watch out for. Cats and dogs, would be endemic in certain areas. Each effecting the environment in weird ways….fun world to play in.

If I ever do this game it will be Fallout mostly in name. The weapons and tech, SPECIAL stats, and a light dusting of existing lore as needed would be the main things, with lots of homebrew ideas to fill in the gaps of the Midwest.

Totally agree that animals/nature would be returning. Not everything would be a wasteland, lots of mutant animals and weird natural places to visit for sure.

ICRPG Battletech would be super interesting, I would love it!

Now I’m thinking some sort of mix of ICRPG and WAR|MAKER.
Mech suits protecting the farm from the alien swarm.
Feuds with other farmers (mech Vs mech)
Also toying with the idea of instead of aliens… dinosaurs? Just to crazy it up a little bit more.

“Honey! The raptors are after the cattle again!!”
“God damnit!” Jumps into his mech

Alien raptors, Lassie’s got her own mech, Davy Crockett shows up with his own robot warrior!

Your on my wavelength

I was thinking in the future with the ever growing population of other planets there is a need for food to be grown on “farm planets”. Some happen to have prehistoric lifeforms “pests”.

Maybe the mech (which I’m calling Rigs) is called Lassie

Animal cruelty taken to the next level:“I have had to genocide an entire racoon population to make that hat!”

So the Rigs all have names related to popular Dog actors, Texan-like farmers along the Space Bible Belt defend their farms against various pests (dinos, xenomonsters, ancient robots, or greedy explorers), and making deals with various aliens 'cause there ain’t no Prime Directive here, mister!

That sounds like such an awesome concept. I looooove me some mechs!

Dog actors or old fashioned female names.
My Rig is called ‘Ethel’ after my grandmother but I could see Old Yeller, Snoopy, Pluto etc being popular too

Cadillacs and Dinosaurs is an animated television series produced by De Souza Productions, Galaxy Films and Nelvana, which aired on CBS Kids in the United States from 1993 to 1994, lasting for one season of 13 episodes. Based on Xenozoic Tales by Mark Schultz, the show was created by screenwriter Steven E. de Souza, who acquired the TV rights after producing the video game Cadillacs and Dinosaurs, which was also based on Schultz's comic. The show dealt with many strong ecological and pol The seri...

This idea is just so Rad!
I’m running my hand through my hair with a comb just thinking bout it.

I think the biggest lift would be developing some really solid hot rod mechanics. That, and getting the lingo right for the write up.

What about an underwater setting, with submarines, oxygen management, and deep, deep dives into the tranches. Could be damn fun! Anyone interested? I would love to run that for someone!