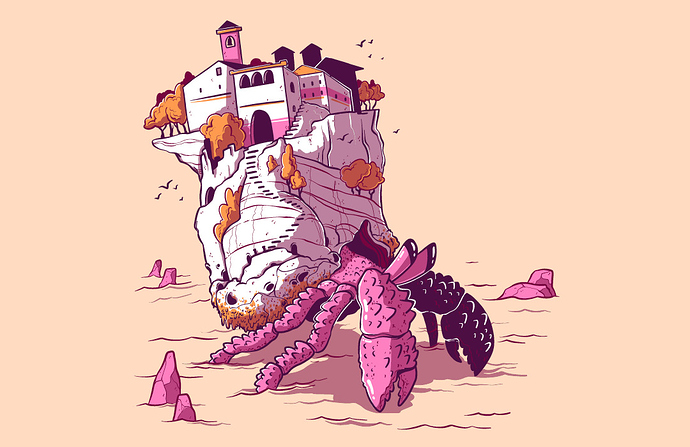 So, this is an idea I have been working on. I don’t even have a proper name for the setting yet. It’s a more silly lighthearted somewhat Adventure Time-esque setting. I ran sort of a light version of it with my friends on Friday night as a one-shot. The hero’s where city guard trying to retrieve the cities magical bell. It was a fun session, but there is a lot more I want to do with the setting. 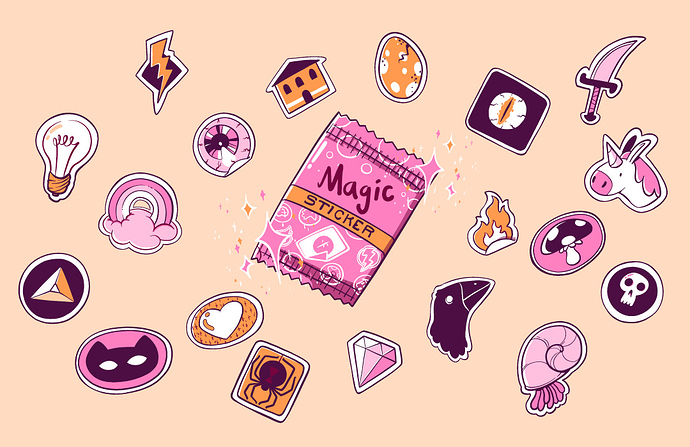 The main sticking point for that game was magic stickers (I told you it was silly). Essentially, the stickers come in randomized packs, and allow you to enchant just about anything. It’s also possible to use Effort to modify the stickers enchantment, but my players mostly stuck with the standard abilities. The basic 20 stickers I used did everything from making an item glow in the dark like a lightbulb, to letting you make a magical girl style transformation. 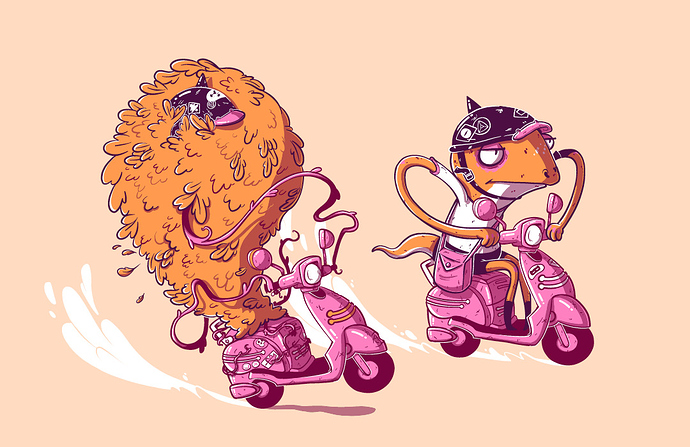 The other mechanic I tried, that also went pretty well, was using Effort for a moped chase. The enemies trying to get get away using Effort, while at the same time the hero’s where using Effort to try and catch up. 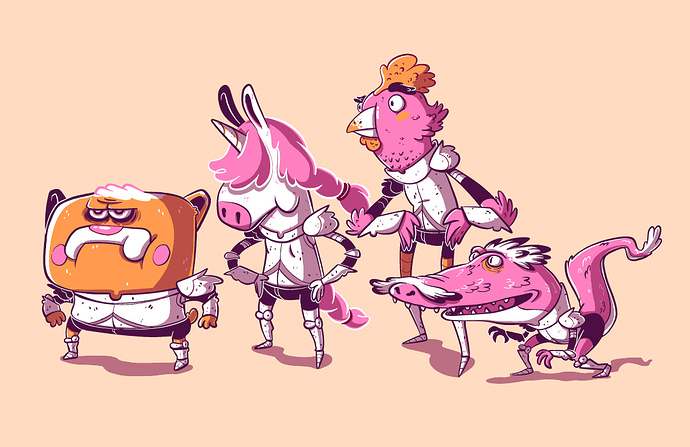 Even though it’s a strange setting, I want to explore some ideas I have for weather, factions, and maybe even monster training. I have a dream of making my own system, but I just keep reinventing ICRPG. This is just another idea on the pile, so this could be nothing, or maybe I could make it into a module for ICRPG, or maybe I will build it up into its own thing.

What do you all think? Too silly? Not silly enough? Worth exploring more?

Ok, here is my EXTREMELY rough idea somewhat laid out. I may or may not leave this up, we will see how it goes. Normally I don’t share things this early in the process like this, but I wanted to give it a try. Let me know what you all think!

Belacure’s Dimensional Donut v0.00 (Working title) Jordan W Martin 2020 This is a working document, with little editing or spell checking. Many ideas may be simplified, removed, or expanded on over time. Most of this is still in the brain...

Totally awesome!!! We have plenty of ultra cool, powerful BLablabla but this is fun. Your art is so wonderful as always.

I’ll admit I lean to more idiotic, and PG13 but adventure time is a good target.

The chase mechanic you outlined also works for any opposed race, financial, social, spiritual… so a tracking sheet for the GM would be on my wishlist ;-p

This is sick!
Your art style and themeing is really strong,
keep with the silly! Definitely worth exploring more!

That crab is super cool!

and I love the sticker idea

Dude i love it. and i’d buy a setting/adventure book based on this, especially with your incredibly charming artwork.

I think the idea of magical sticker booster packs is just so kooky and awesome!

if you keep reinventing ICRPG. just release it for ICRPG.

I wouldn’t dwell on the ICRPG VS. Your own. If you want popularity it will need to be 5E compatible. Sad but true.

Work out 5E mechanics and stat blocks later. ICRPG is close enough. If shooting for a moon shot and you want to make it your own. I’ll still buy it. Hell if you sell prints of the artwork I’d probably buy it. As to whimsical weirdness…VTT goodness!!!

In short, I’d love to play in a world with those assets, and defeat is a setback. It might not be my default, but we can use doses of silliness on a regular basis…

I love Adventure Time, this is so dope!

Golly, this silly magic stickers idea has my mind racing.

How many stickers do you have?
How are you dolling them out?
How many per booster pack?
Do you have powers for them all? or do you allow players to come up with them based on the visuals?

in your setting thus far, how pervasive are these stickers in society?

Thanks for all the positive feedback! I’ll definitely keep working on this. Maybe I’ll try to put together a working document to share with everyone if that’s something people would be interested in.

How many stickers do you have?
How are you dolling them out?
How many per booster pack?
Do you have powers for them all? or do you allow players to come up with them based on the visuals?

in your setting thus far, how pervasive are these stickers in society?

The stickers are on a d20 table. I started off with 19 stickers, each makes an item Magic. If you roll a 20 when opening a pack you roll again and the sticker is holographic and does Ultimate.

When I ran the session it was one sticker per booster pack, but I could see it being two. I have base powers for each sticker, but hero’s can modify the stickers as long as it makes some kind of sense. The example I gave my players was the flame sticker gives a chance of setting things on fire, but you could argue that flames make a vehicle go faster. It would take Effort if somebody wanted to do something a little too disconnected from the visual, or seemed really strong.

I’m currently thinking about the stickers kind of like cellphones, most people have one, but some people have a bunch of them.

The stickers can wear out because they are physically the same as normal stickers. If they get scratched or torn, then the magic stops working.

An idea I was playing around with this afternoon
Was that you could do 2d20 stickers so 39 total.

This way there is a bell curve to the likelihood of getting any particular sticker. Hunting rares is like a big thing.

Lol I even sat in PowerPoint for a little and made a sticker book.

You had me at sticker packs. This is super rad.

I love this idea. I have always been a fan of bell curves! I might use that, but maybe with 2d10. That way the math is a bit simpler. Since I imagine there would be a few different “sets”. This would be akin to the different loot tables in ICRPG.

It would also be possible to stick with the standard ICRPG d100 by just making duplicates in the list. Then there could be common, uncommon, rare, and holographic with just one roll. Either way, I think your idea of rarity feels like it almost needs to be there.

Yeah 2d10 leaves you with 19 stickers per set which might be more manageable for you. the idea of different sets is also very cool.

What about Sticker Heroes for the name?

Probably depends how much of the setting is focused on the stickers.

And if you roll double ones… Misprint with unintended (probably bad) effects?

What about Sticker Heroes for the name?

@Abodi is right, it’s a fun name, but I think I want the setting to be about more than just the stickers.

And if you roll double ones… Misprint with unintended (probably bad) effects?

This feels just as good as the rarity suggestion. I think it needs to be in there somehow. I could see misprints being both good and bad.

I’m not sure misprints as a mechanic is something that adds much to the whole… But i could see an adventure hook revolve around chasing down a refund of over misprinted and faulty stickers. I could also see a hook about fraudulent bootleg sticker packs Being sold around town and you need to stop it.

Ok silly names for you to reject and get to a conceptual Point.

the best of your suggestions