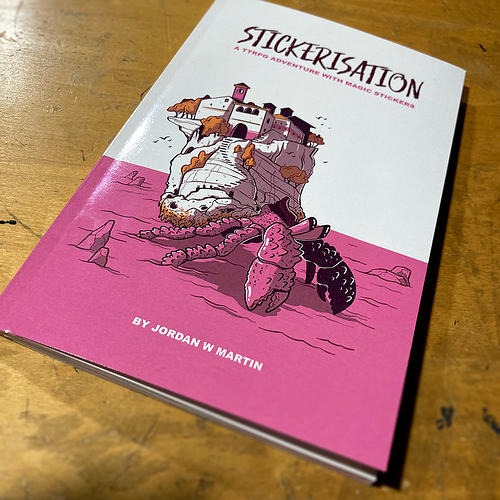 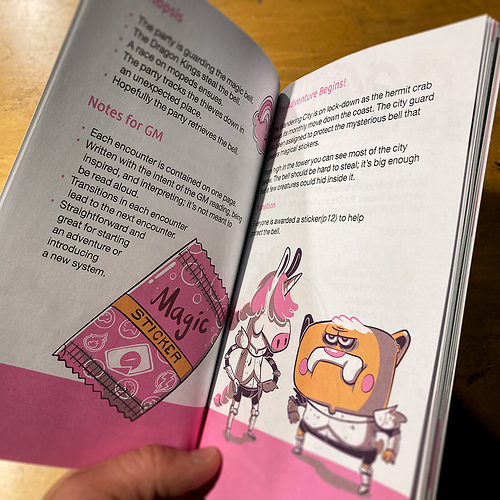 My last post about this was from a while ago and it got really long, so it was suggested I make a fresh post about it.

This did change a lot since I made that post. I was originally working on making it into my own system, but that idea has evolved in another direction (which I’m still working on). I reworked it into this silly adventure. 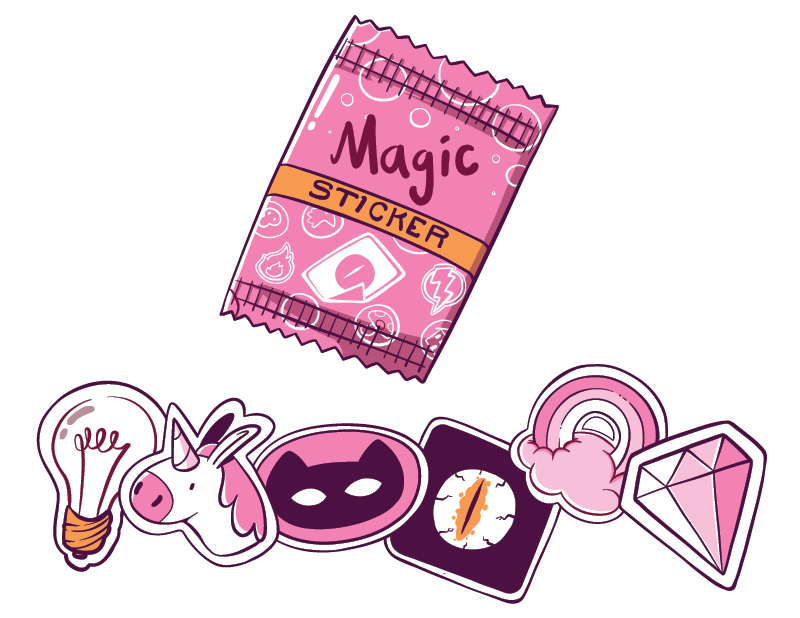 The Adventure:
The Wandering City is on lock-down as the hermit crab makes its monthly move down the coast. The city guard has been assigned to protect the mysterious bell that creates magical stickers.

From high in the tower you can see most of the city below. The bell should be hard to steal; it’s big enough that a few creatures could hid inside it… but then… BOOOOM!!!

Live on Drive Thru RPG!

(The other thread about this is Silly Adventure)

Purchased! Will be checking this out tonight and then again tomorrow! Lol. Love your work.

Bought it! Love the artwork & the magic concept!

snagged it yesterday and I love it, great work.

Thanks so much! I hope you all enjoy it. Feel free to let me know if there is something I can improve on in the future.

Dang. Well, thanks for the catch! My atrocious spelling strikes again. I had three different people look over it and they all missed that one, haha.

I’m terrible myself lol, it happens. I think people are still finding stuff in my All Hallows’ Eve rule book and it’s been out for two years now.