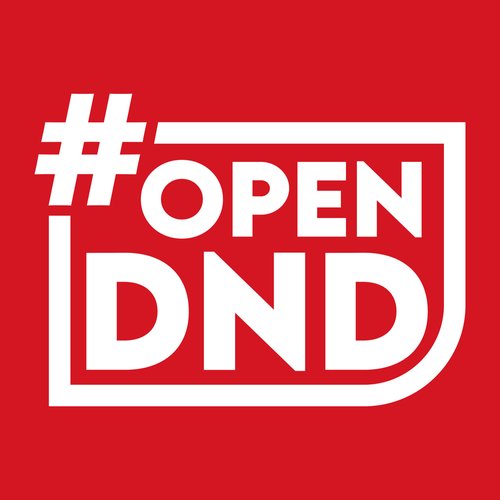 I’ve been closely watching the OGL (open game license) dumpster fire started by our friends at Wizards of the Coast. The short version of the controversy is that WotC is trying to go back on a 20-year-long promise and claw money from small press publishers. They’re doing it in a way that could negatively affect a lot of the community’s favorites, like Kobold Press, Paizo, Arcane Library, etc. There’s a lot of opinions out in the wild about what they can or can’t do, but that’s the short version. The other part of the short version is the community of third party DnD publishers and their fans are unhappy.

If you subscribe to Runehammer on Patreon (and you should! for $1 a month it’s the best bang for your buck around) or are a Discord member, Hankerin has shared his thoughts there. To paraphrase:

For the record, ICRPG is released under a creative commons license, if you check the front page of your book. There’s guidance on how to publish compatible stuff from Alex here. The shield wall is a font of creativity, there’s tons of fan created and third party published goodness for Runehammer games. The DIY spirit of the game means you should jump in there and start hacking, remixing, and express your own creative ways of being a big ol’ badass. Take a hero coin!

You can follow the creation of the new Open RPG Creative License (ORC) spearheaded by Paizo. It’s a system neutral open gaming license that will be placed in the custody of a nonprofit to prevent someone from doing a WotC in the future. A number of other publishers have signed on in support of the eventual license when it comes out, including Kobold Press, Chaosium, Green Ronin, Legendary Games, Rogue Genius Games, and Battlezoo… and our very own Runehammer!

If you’re worried about the changes, you can also sign onto the petition for #OpenDnD. Ryan Dancey, who created the OGL at WotC back in the day, has a Change.org petition too.

And there’s a number of other things that fans are doing to register their displeasure, Including cancelling D&D Beyond subscriptions.

The hopeful note is that maybe more folks will look into other game systems, or get into making their own rules! If you’re reading this because you came here to check out Runehammer while looking for other game systems besides Wizard’s version of our hobby, welcome to the shield wall!

In chronological order by author:

Shannon Appelcline, who wrote the definitive Designers and Dragons series on table top history, has a couple deep dives on the OGL debacle as well.

Any new folks who found Runehammer through the 2023 OGL conflagration, you absolutely should check out @KaneDriscol’s efforts to catalogue ICRPG Community Content!

For folks who are still following this saga, WotC posted their link for the OGL survey here:

Give your feedback (if you want).

Can you give your reasoning behind providing feedback to WotC (or even interacting with them at all)? For me, whether or not they walk back an unenforceable, antagonistic, and morally questionable attempt at an intellectual property grab kind of misses the point. The more important fact is that they would even think that was a good idea in the first place. That tells me that–at best–they really, really don’t understand or care about their customers, or–worse–think of their customers and the communities those customers create as WotC’s property.

Sure, they may reverse direction now, claim they listened or learned their lesson, etc. etc., but how will we ever know if the clock is ticking on another attempt? Regardless of how this plays out, the trust is gone. I may learn to forgive someone who breaks into my house and tries to steal my TV, but I’m not ever likely to invite that person over to watch the game. In my opinion, it’s time to cut all ties. They don’t want to be a partner. They want to be an overlord. I’m not interested in being a vassal.

As folks on this site are aware, there is plenty of quality competition out there. There’s no need to deal with the devil, regardless of how well he behaves in the moment. Personally, I won’t be purchasing any WotC products or participating in any WotC-owned games in the future. Even if they adopted every single one of Mike Shea’s wish list¹, WotC’s corrective actions are meaningless after its true motives have been exposed. It’s all just theater at this point.

Personally, I think it’s useful, even as an act of protest, to provide the feedback. And for me, I’m not doing it for Wizard’s sake, but for third party publishers who are going to be negatively impacted by the plans around the OGL. Will it change anything? I don’t know. But I have a couple of minutes to do the survey and type in “don’t authorize OGL 1.0a” over-and-over in the comments.

For other perspectives on this, Foundary VTT has a page asking their fans to provide feedback in the survey:

"To Our Community
For the members of our community and members of the TTRPG community at large who care about the future for digital tools in this hobby, we urge you to respectfully share these concerns with Wizards of the Coast when given the opportunity to provide survey feedback on the Draft OGL 1.2.

Please engage respectfully with this topic using the following resources:

The OGL 1.2 Feedback Survey: https://survey.alchemer.com/s3/7182208/OGL-1-2-Feedback-Survey
The #ogl channel of our Discord server
The #OpenDnD and #OpenRPG tags on social media
Thank you all for your support and advocacy for Foundry Virtual Tabletop and other software projects during this conversation.

Or you mentioned Mike Shea of Sly Flourish / Lazy DM fame. He has a newsletter I subscribe to, and he wrote just in the past 24 hours:

"Wizards of the Coast released a new draft of their “Open” Gaming License version 1.2 including releasing the core mechanics of the original 5e System Resource Document version 5.1 under a Creative Commons license. That’s pretty great but it’s still not as good as what we had and expected to keep with the OGL 1.0a.

Today they opened a survey for feedback and now is our opportunity to provide that feedback.

Most of us aren’t lawyers or have any background (or interest) in contracts like this. So I’ve talked to a lot of people, including lawyers, to try to get a consensus of these licenses and the feedback we can provide to WOTC.

Thus, here’s the feedback I plan to provide:

Don’t attempt to “deauthorize” the OGL 1.0a. The best way to begin to repair the D&D brand is to not attempt to “deauthorize” the OGL 1.0a. It’s not even clear it’s legal to do so and it certainly goes against WOTC’s original intent of the agreement we shared. WOTC’s using a one-word loophole in ways several attorneys say is questionable or even unlawful.

Further, “deauthorizing” the OGL 1.0a has tremendous downstream consequences for publishers who trusted WOTC and used the OGL to share their own material downstream. If the OGL 1.0a is deauthorized, it means theycan’t share the material they intended to through the OGL 1.0a.

Don’t attempt to deauthorize the OGL 1.0a."

All that said, of course, if you don’t want to do the survey, cool, rock on! YMMV and all that. I’ll likely join at least in no longer buying Wizard’s published content, and I’m trading in all of my 5e stuff at my Friendly Local Game Store this week. I don’t want to use them, and that way there’s some more 2nd hand books out there for folks who still want to play 5e.

And in Maybe a final Update, WotC claims they’re backing off rescinding the OGL: https://www.dndbeyond.com/posts/1439-ogl-1-0a-creative-commons.

These live survey results are clear. You want OGL 1.0a. You want irrevocability. You like Creative Commons.
The feedback is in such high volume and its direction is so plain that we’re acting now.

Coverage from Codega at Gizmodo:

One thing to note is that Brink states that putting the entire 400-page SRD into the Creative Commons means that fans don’t need to “take [ Dungeons & Dragons ’] word for it.” That Brink would explicitly acknowledge the lack of trust between fans and publishers and Wizards of the Coast is incredible. Finally, the company finished the statement with an olive branch, publishing the SRD immediately, and stating, “Here’s a PDF of SRD 5.1 with the Creative Commons license. By simply publishing it, we place it under an irrevocable Creative Commons license. We’ll get it hosted in a more convenient place next week. It was important that we take this step now, so there’s no question.”