What is the methodology to find a lair? 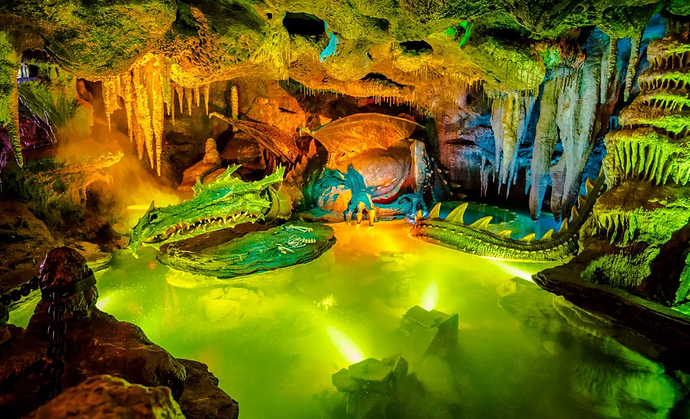 So, taking into account that the lair that my players will be looking for is a Sahuagin’s, what would be the fastest way to find it?

Thanks a lot for your help and have a nice day!

I’ve just started dabbling with this for entrances to the Caves of Chaos from Keep on the Borderland. I set a high target/room rating to find it or be in it. They can lower the Room Rating by various means; researching old tomes, checking out the environment, asking around town (also filled with rumors), and so on. Each time they get an answer it lowers the Room Rating by 1 (if they believe a false rumor it could go up by 1). This way, the more they research they do the better prepared they are. You could have it where they need to lower the Room Rating to a certain number before they even have a chance to find the entrance to the lair; they can find it at Room Rating 18, but with enough research they could lower it to Room Rating 12 and thus have an easier time gained from their research.

A spell or guide could send them in the right direction.

This might be a dumb idea; I’ve never tried it or seen anyone else try it.
What if with a map and compass and what-not, it takes 5 <3 of effort to navigate to the location. Meanwhile, timers and encounters are going off.
Just a thought.

In ICRPG, a decent rumor and a few rolls that tangle with Effort might be a good call.

Add in a timer for “we are lost and wandered into something” for some ‘life’ in the whole situation.

Make items such as map cases and stuff roll Tool Effort while other attempts do Basic and you’re golden, just gotta prep a few extra things for the “we’re lost” part.

To find a monster’s lair, the players must uncover clues. These clues must then be put together such that the players are able to locate the lair.

CLUES:
(1) tracks in the soil, mud, or sand
(2) markings on trees, boulders, or ruined structures (like how bears claw at trees)
(3) dung, urine, or other biological evidence (can be visual or olfactory)
(4) cries, baying, roaring, or other auditory clues
(5) rumors, sightings, written or oral legends, and other eyewitness information

My #1 piece of advice regarding clues is to avoid locking them behind dice rolls. The dice roll should rarely tell you if you find the clue. It is better for the “story”, and far better for actually playing the game, if the roll says, “You will find the clue, let’s see if there are any costs or consequences”. If the players search the library for information on the creature, and such information exists, they find it. The roll is to see if there is a consequence (one of the creature’s minions is lurking nearby and reports to their boss if the roll is failed).

Once your players have enough clues to point them in the right direction, decide if you want to hand-wave the travel or if you want to feature it as part of the adventure. My personal preference is to make travel and exploration a key feature of the game, but that’s your decision.

I hope this helps!

I think @Anthony_C is spot on regarding the need for clues and avoiding dice rolls.

If I may, here’s another idea. Depending upon your story, you could use a (potentially unreliable) guide in the form of someone who has recently escaped from the lair. An example scenario…

It’s been days since the Merrick family’s fishing boat went missing. Most in the quiet fishing village believe it was the work of Sahuagin who’ve supposedly returned to the area. Another day passes, and then a miracle–a merchant ship arrives with one of the Merrick children. The merchants found the child, floating in a beat up boat with no oars, about a mile from shore. Sunburnt and severely dehydrated, the 6-year-old child is disoriented and can only relay some basic information:

Based on the clue about caves, the locals identify 5 potential areas (numbered 1 through 5 in pic) in which the Sahuagin’s lair might be. As for the other clues, sharks are common in the area, but the smell and thunder clues don’t mean much. It’s been weeks since the last storm went through. The players need to pick a cave location and explore, and pray they are correct.

At each location, the players will get opportunities to pick up on the other clues given to potentially “triangulate” where the lair is.

Location 1 - Many sharks can be seen in the water, but the cave is clear. Nothing here, really. Certainly no foul smells. However, in the distance to the east, a faint rumbling can be heard.

Location 2 - A rumbling that sounds like thunder is discovered as the surf crashes against the rocks offshore. When the wind shifts and blows from the south, a faint smell of death and decay is detected.

Location 3 - The cave here is the entrance to the lair! A foul stench is very strong here–caused by the decay of a dead sea creature that appears to have washed upon the shore. A constant rumble from the north and the south, caused by the surf beating upon rocks, makes a sound very similar to echoing thunder. Sharks can been seen in the water beyond the shallows.

Location 4 - Sharks abound in the water off the shore. The thunderous sound of water crashing into nearby rocks makes it hard to hear. No foul smells here, but something smells “off” when the wind shifts and blows from the north.

Location 5 - This is the cave closest to the fishing village. No smell, no thunder, only the occasional shark, and definitely no Sahuagin.

Instead of numbering or “lettering” the locations, perhaps you could use the initials of the local/NPC who mentioned the possible spot. This could help prevent the players from subconsciously going in numerical or alphabetic order. Also, one or two of the “non-lair” spots could have a social or combat encounter to spice things up.

If I were using this method, I’d definitely use timers to keep up the sense of urgency. After checking a “wrong” location, reduce the timer by 1. In a scenario such as this, the value left on the timer when the right location is found could inform the number prisoners still alive. If the players ask the merchant ship crew about the clues, perhaps the merchant ship captain might mentioned they avoid those areas because of the shallows and the rocks against which the surf crashes…

At any rate, merely an idea. Good hunting to you! 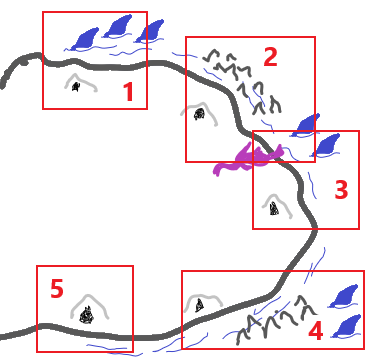 This is a fun topic because everyone’s got different ways to do it and there’s a lot of opportunity to learn! Good stuff so far, so I’ll try to add something to it.

When your ultimate end is a single point you can have some fun with the path there. You can create a web diagram with the lair at the center circle and several layers of circles coming off of it: within each of those surrounding circles you put clues, loot, and other pieces of environmental storytelling in there. One circle may have the corpse of a fallen adventurer with tell tale signs of the creatures attacks (fused armor from acid for example) with some loot, another may have prey the quarry has killed (leading to knowledge of its diet and how to BAIT IT!), and another circle may have more direct hints like footprints from a recent rain towards a hideout. It’s all about the environmental storytelling! To some this can be organized by using a hex-grid, which is a decent method to use.

I’ll give a quick example. My players were a band of villagers heading to a vampire’s castle in a halloween 1-shot, and the game was about the harrowing trip villagers must take on the way to a powerful vampire. They could choose a few paths from their village to the castle (queue the screenshots): 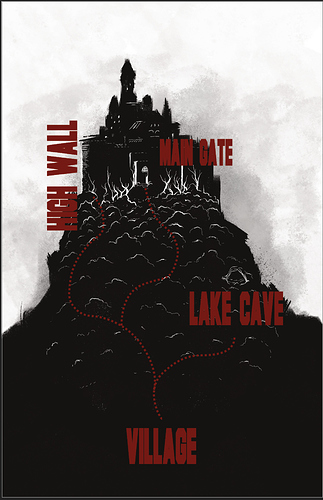 They had to travel through a dark forest full of challenges to get to their chosen method of entry into the castle. Each had their own branching paths, but the Forest Path looked like this: 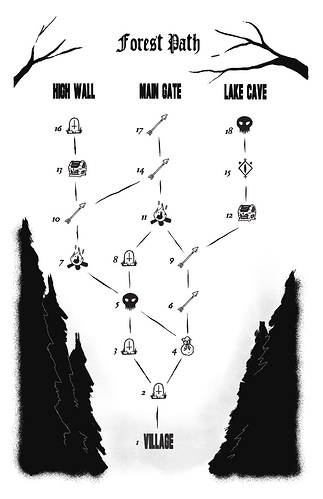 Each icon is shorthand for an encounter, and while I had a TON of branching paths across this adventure you could easily create a branching path for your adventure that starts where your players are at and where they intend to go. If you do this in a web diagram method then players can explore all around and decide when they’re ready to get closer to the baddie, or if they want to keep exploring. I find that kind of agency can make for some really fun gameplay and gets players invested in the hunt.

Just another idea to add to the pile, I hope it helps.