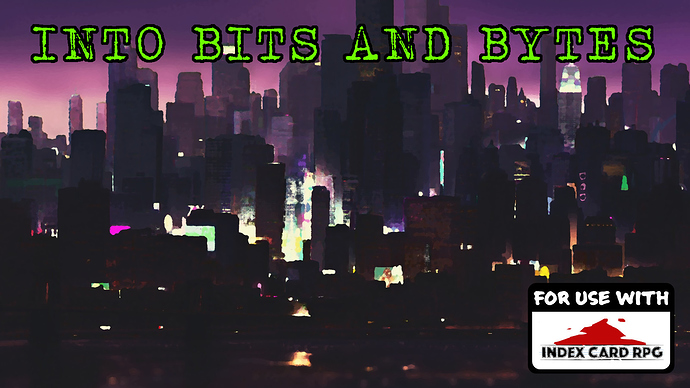 I’m looking for 3-4 players for a Cyberpunk-themed ICME Oneshot.

Here are two example characters for those who are unsure. Those are just ideas

Update: 3 of 4 slots filled (in a discord thread), 4th slot may be filled soon.

But let me know if you’re interested too - I’ll probably run another oneshot in the near future.

I played in a pirate game of yours a while back and would love to get into another game. Time is about 4am for me. If you ever run one 2 hours later I’d happily join.

I’ll keep that in mind for the next oneshot

You are japan-based, right? I remember you I think

Yup, that’s right. I might be kind of forgettable though lol. Happy gaming until next time!