Are there trick monsters in Alfheim?

I am looking for monsters ideas…

For most combats, I like quick hack and slash over in 3-5 round battles.

However, I want to start doing some trick/puzzle/problem solving monsters, for my kids game.

A 5e troll’s fire vulnerability is a perfect example of what I’m thinking, but already used.

I have provided a couple of examples. Maybe they will help clarify where my mind is at.

Ex.1 A giant crab is impervious to any damage or ill-effects until flipped on its back with either a strength check or some other way of flipping a giant crap.

Ex.2 A centipede dragon monster (think 5e remorhaz) spends every turn climbing off of its tree and attacking and then returning to its tree. When it is on its tree it looks like bark and it stands still like a stature, making it an EASY target, but all damage is reduced by half when it is on its tree and it heals one heart the beginning of its turn if it starts on the tree. The players are better off holding their action until the remorhaz is off the tree and/or finding a way to keep it off the tree, or destroying the tree, or whatever they come up with.

Ex. An army of skeleton warriors whose bones reassemble after being killed so long as their skull is in one piece.

Can you help me think of some cool mechanics or monsters I could use. There has to be plenty of examples in myths and video games and such.

I appreciate you help.
Thanks!

Before getting into my ideas, I definitely recommend you look into the MONSTER ROLLERS in CORE. They are a great place to start and spin up ideas on how to make monsters unique/puzzly.

One fun monster idea that I came up with was a mook golem that when close to a second one, would merge together and create a bigger, badder monster. If the mook was next to several others (4+) they would merge into a super monster! And every round more mooks were being summoned by some wizards. MWAHAHAHA!

Made it so the players had to dispatch the wizards quickly or figure out how to keep the mooks separated. 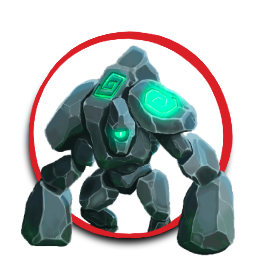 Battle Stone (summoned every round by wizards) 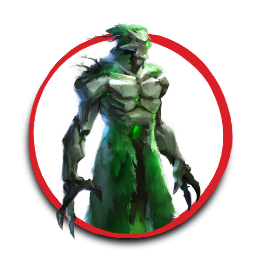 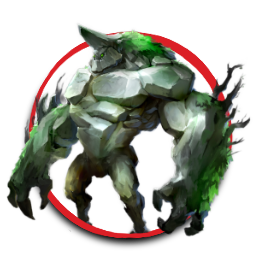 I would try variations of the tropes we are used to… take a Fire Troll that is vulnerable to Water, or an Evil Unicorn. Dragons that breath magic, or a friendly green slime! … my kids loved reading the monster manuals, and thought they had learned all their evil tricks… till I flipped the script on them… they loved every minute of it.

And they still do… life is good.

I like the mook golem idea.
Also, even though I have read through just about everything ICRPG related about a thousand times over, I have not given any attention to the Monster Roll. So, I have to do that.
Thanks.

Good idea.
Do you have one example that was particularly fun for your kids?

The classic ‘trick’ monster I think of is the hydra…and then I think about changing that ‘two heads for every one chopped off’ bit to other creatures, but not necessarily the head…

“Huh-floating octopus. No problem, zip-zap-zop and anyone else want to take down the head?”

“That-was a bad idea.” (suddenly dragged into the sky by sixteen tentacles.

I like that idea. How would they stop regrowth? Fire?

Well, that’s the classic solution, but maybe we can do better…

“Hey. If you really are going to go into those woods, bring this skin of goats’ milk.”

(This is why I don’t write in the morning.)

I’m a big fan of situations over fancy monster mechanics.

Some things I do, hope they help!

Those are some good ideas I’m going to have to try those. I’ve done a troll collecting toll on a bridge.
The game I play with my kids isn’t quite Alfheim. It’s more fairytale based.

I have noticed that there are a lot of monsters that we use in D&D and ICRPG that are inspired by monsters that have a trick to them.
A vampire can only die if stabbed in the heart.
A werewolf must be killed by silver.
A sword at the bottom of the lake can kill Grendle.
Smaug can only die if pierced in the hole in his armor. Achilles and his heel.

Yet, monster manuals don’t really get into this and just hand wave with some vulnerabilities.
Maybe I should go the route of using these examples and some of the ones offered.

Trick Monsters have unusual effects that may help or hinder the players and are best when the players meet them multiple times. Examples:

Puzzle Monsters can be central to entire encounters or adventures. Many mythological classics (vampire, werewolf, etc.) are impossible to harm/kill without a specific material or tool. Others (like the hydra) have some gimmick that gives them such an overwhelming advantage you have to circumvent it to beat them. Some examples:

Just had an idea inspired by troll Bridge.
What about a troll at a bridge… but the bridge is the monster. The troll is the only safe way across (not sure why, Magic item maybe). If the players try get across by bypassing the troll the bridge comes to life and tries to eat them.

And the troll knows this and is trying to warn them off.

“No bridge go.” (In my head, it sounds like the trolls from The Witcher 3.)

If you don’t kill it, you have an ally in the bridge fight.

Exactly, never judge a book by its cover.
Or troll, or bridge even.

Used a Nilbog in a D&D campaign. I could try something like that with my party.