I created an ICRPG game using Kobold Presses Cardtography. Heres a link to how that works. 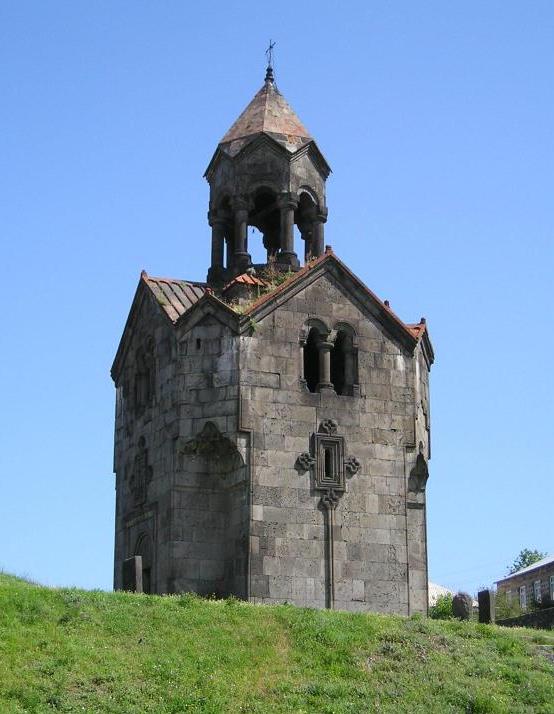 Cardtography: The Basics Since the introduction of computer RPGs, randomly generated dungeons are everywhere. Software developers prefer to call them procedurally generated rather than random because they aren’t truly random; they're created...

I’ve played it with three different sets of kids over the Thanksgiving weekend and they all loved it. Here was my set up.

I told the players we wre going into a dragon cave to defeat a dragon. I chose the Ace of Spades for the Black Drake and cut it into the top five cards then dealt 25 cards from the top of the dungeon down. As we progressed this was the set up.

At first I used the ancient and epic loot table for treasure and adapted the treasure to fit a one shot game. This worked well for the older kids but it was slow for the younger kids. So I made some adaptations

For younger kids I used three stats instead of six. Str, Dex and Int. They were basically sword, bow and, magic. The treasure was a d4 as follows. The short table helped move the game fast so younger kids didn’t get bored.

With the success of the three sessions I want to expand on this. So I’m making caves for a white drake which is ice based, a blue drake which is water based and a green drake which is poison based. Also a wizard tower and a witches swamp. For the wizard tower I’m thinking of dealing 15 cards placing the boss at the bottom and then players draw a card each round as if they are moving up the tower. Let me know if you have ideas for other settings no matter how cliche. My kids are my players so cliche is ussually better in their case.

Its very much becoming a mini campaign but its easy to set up because I don’t have to map out the dungeons. I just select four monsters and a boss monster and let the cards do the rest.

Mostly I thought I’d share this idea as I’ve had a lot of fun with it. I will update the thread with my progress in creating the dungeons. If people are interested I may do a pdf on all six dungeons I’m planning on setting up so they can run this as a mini campaign.

I’m setting up a white drake cave next. So everything is ice based. Theres not much in the core book for ice based monsters so I’m making some new ones. Heres one I made for wendigos. 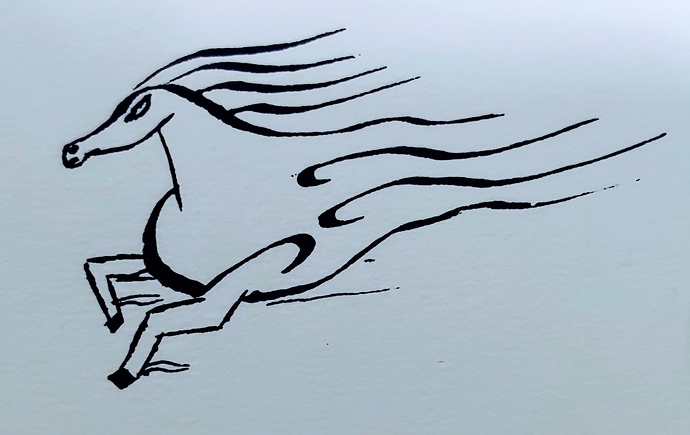 Blizzard - Wendigo creates a blizzard within a far of itself. Wind and snow swirls around making it hard to see. For 1d4 rounds all attacks against the Wendigo are hard and players must make a constitution save against the cold. On a fail they take 1d4 cold damage.

Wendigos are wind based creatures and are constantly moving. Their attacks and spells are movement based.

Take a peek at Atmar’s Cardography for another take on card-based dungeons, too. They have full adventures to go with each deck, but you can use the decks as deal-a-random-dungeon in a pinch, too!

I’m setting up traps and hazzards for the ice cave encounter. I would like four to do a d4 table. Here’s what I have so far.

The one I’m not sure about is the snowball one. It’s very man made for a dragon cave. I thought about doing an avalanche but had a hard time figuring out how to handle it. The other problem I have is almost everything I’m thinking up requires a Dex check or timer. I’d like to add some other types of checks but I’m having a hard time thinking of traps or hazards that are ice and snow based and in a naturally occurring cave that don’t require being quiet, not slipping, or breaking ice. All dex types. Any Ideas?

Based on what you said about DEX being overused, you could do – > make 1. Icicles WIS (you have to spot it if you have any hope of dodging it) and then DEX or INT to break them (ranged weapon or spell). For 3. make it extreme cold from an opened tunnel; CON save instead of DEX to resist it and STR (+) HEART effort to seal the opening to stop the cold.

That sounds great. I’ll make those changes. Thanks!

So my Ice Cave Setting is all setup. Here’s what I got.

Clubs Even
b. Abominable Snow Monster

Diamonds are Treasure picked from the Ancient Loot Table.

The monsters come from the 2.0 Core Book with the exception of the following.

+2 to hits and damage
Bite or Claw d6
Graple Attack - If it beats player in a strength challenge that player is grappled and squeezed by the monster. D6+2 damage until the player beats the monsters strength challenge. Monster can not make claw or bite attacks when grappling.

Chilling Gaze - monster stares at a player with in site and casts Int spell. If monster succeeds player takes d8 cold damage and makes a wis save. On a fail they are frozen for one turn and cannot move or attack.

Blizzard - Wendigo creates a blizzard within a far of itself. Wind and snow swirls around making it hard to see. For 1d4 rounds all attacks against the Wendigo are hard and players must make a consitution save on their turn. On a fail they take 1d4 cold damage.

Wendigos are wind based creatures and are constantly moving. Their attacks and spells are movement based. They must make come sort of movement each turn. They will typically circle their targets.

Howl - As a pack hunter wolves are never far from the pack. A wolf can use its action to howl and 1d4 wolves will come and help it in the fight.

White Drake use Black Drake abilities but change out fire attack and immunity for cold.

Let me know if any one has any suggestions, changes or thoughts. Many thanks to @BigGrump for the suggestions on the traps.

Oh yeah note on the wendigos. I’m not using the D&D wendigos. Since I’m running this for kids that type seemed a bit much. These wendigos are based on the ones from MLP. 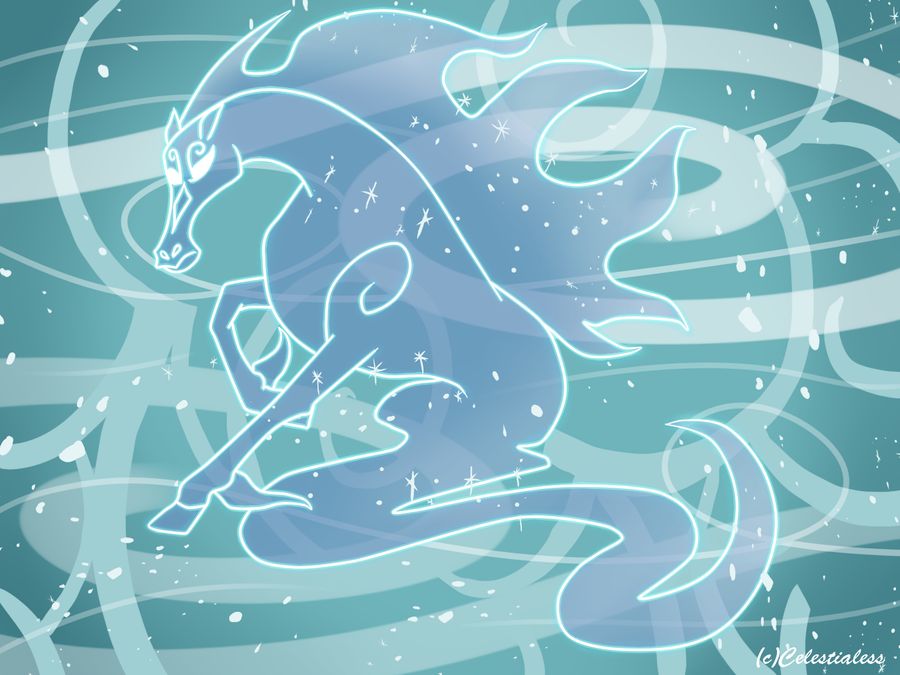 I completed a mountain dragon encounter.

Mountain Dragon
Unlike the other dragons that are map based this encounter is trail based. Draw 14 cards and place them in a stack. Then place the Ace of Spades at the bottom. Players follow the trail by drawing a card for their next encounter.

Grab and Drop
When a Griffin makes a successful claw attack it can choose to attempt a grapple on its prey. Players roll a strength contest against the griffon. On a fail they are lifted up and on the griffons next turn they are dropped taking 2d6 damage. If the griffon fails it is on the ground and can’t fly again until its next turn.

Basilisk can cast a petrifying spell on players that it can see and that can see it. Players make a wisdom save. On a fail the begin to turn to stone. All rolls are hard. The player must roll a wisdom throw at the beginning of each turn. On their next fail they turn to stone. Players can choose to avert their gaze and automatically succeed their save but must say so on their turn and all atacks made against the basilisk are hard. Placing Basilisk blood and using a healing spell on the player that has turned to stone will change them back.

Same as Black drake. I’m considering changing the breath to an acid breath instead of fire. Perhaps even have a chance to corrode equipment.

I’m having way to much fun with these settings. Posting another one since I’ve added some new hazards and traps as well as new monsters. I figure someone might be able to use them in their own settings. Some of these are based on 5e monsters but I’ve tweeked them slightly to make them a little different and add some flair.

The further in the more of a story this concept has. I’m imagining it as a sort of frontier valley where a lot of dangerous creatures live. So dangerous that civilization doesn’t have a foothold in the area. There’s one very small town where the only economy comes from the gathering elements of the magical plants and creatures in the area which they ship out to more civilized lands. The PC’s then are the adventurers that take on the dangerous task of gathering these supplies. It’s extremely dangerous and has a high death count so the equipment of fallen adventurers litter the landscape. The dragons in this area are more beast like than sentient. More intelligent dragons would consider them to be lesser beasts much in the way we look at monkey’s. The magical properties of this area also attracts those that experiment in taboo magic because they can gather supplies themselves or from the one small town in the area where regulations are almost non existent.

Entanglement Spell - Sprites cause the vines and plants around a players feet to rapidly grow. Player makes a strength save. On a fail they can not move. They re roll the strength save each turn until they break free.

Root Grapple - The twig blight digs it’s roots underground and pops them up grappling a players feet. Players make a dexterity saving throw. On a fail they are grappled and cannot move. If they make a strength saving throw at the beginning of their turn they break free.

Blue Drake
Same as black drake except immune to water damage. Breath is a spray of boiling water. Blue Drakes have no wings and do not fly how ever they are great swimmers.