Campaign Diary II: Stars in my pocket like grains of sand

Session II: Stars in my pocket like grains of sand

This is the campaign diary for the second session of my Warp Shell-campaign Stars in my pocket like grains of sand . If you want to meet the crew, head over here: MEET THE CREW.
The campaign diary will be part text and part pictures, because I find that more accessible.
The player who plays Axis and Nekure was feeling unwell so I played the two of them and promised my player that if any of them would die it wouldn’t count. 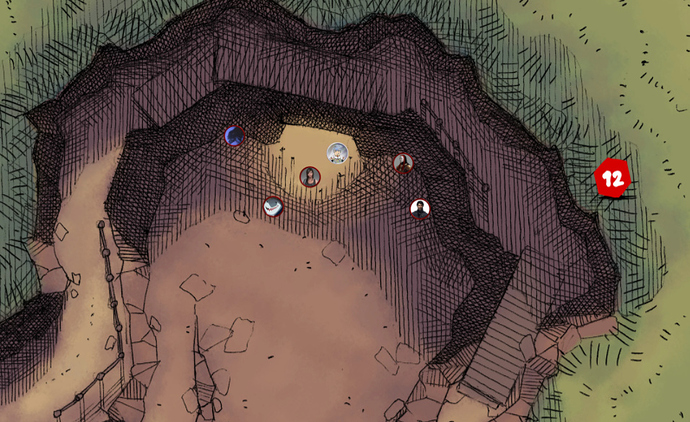 We begin our adventure where we last left our heroes. When they step out of the cave they realize there inside some kind of quarry. A path is winding up out of the rock-cut hole. Greg and the Xenomorph waste no time and make the ascent, while Gilbert and Eliott return to the cave. Eliott takes the ritual dagger the reptoid used to stab himself. The hilt of the dagger shows a carved skull with chains going through its eyes. She bags it. Gilbert opens up the map terminal and takes cables, batteries and everything salvagable, trashing his vibro cutter in the process. He then tries to identify the battery’s manufacturer by licking on it. It tastes purple and he loses 1 HP.
Outside the cave the xenomorph climbs up a grassy hill and discovers a terror bat on patrol. It sneaks up on the bat and devours it in one big bite. Silently it draws closer to the edge of the hill and discovers four reptoid and four terror bats guarding what looks like a satellite station. 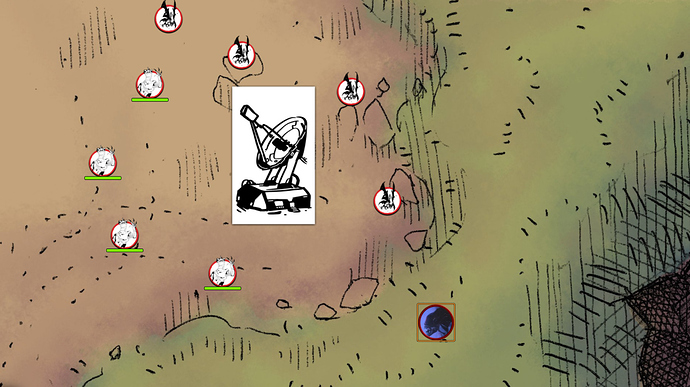 While the rest of the heroes gathers in front of the cave to follow Greg, the xenomorph returns to warn the group of the reptoids and the following dialogue between the xenomorph and Greg happens.

Xenomorph (snarling): Enemies!
Greg (looking confused and pointing at his head): No, Greg!
Xenomorph (agitated snarling): Reptoids, enemies. More of them behind the hill.

The two of them meet with the rest of the group and Greg informs them that there are more reptoids waiting. A plan is devised: Gilbert has seen Axis shadowleap in front of the reptoid in the cave. He suggests, Axis should shadowleap in front of the other reptoids guarding the satellite and should scare them by looking intimidating and say something like “It’s time to get ionized, my dudes!” Axis agrees and practices his line by saying it and staring at Gilbert. Everybody agrees that it looks and feels pretty scary.
In the meantime Greg steps out in front of the reptoids and asks them if they have seen a cargo ship that needs repairing. 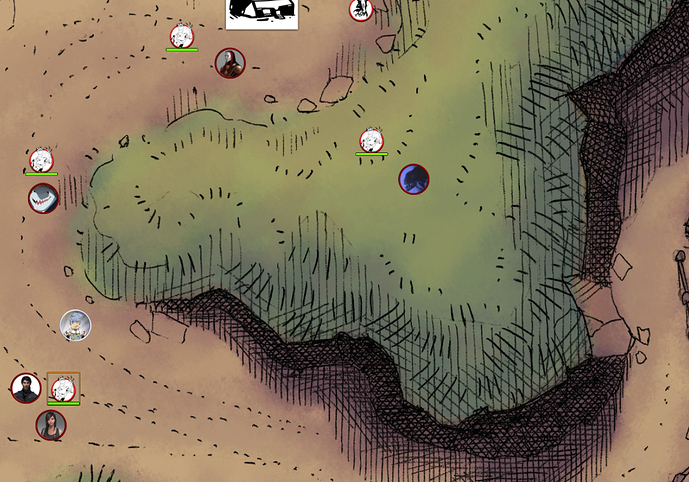 Combat starts and one of the reptoids moves up to Greg one-shotting him (I rolled a natural 20 and did exactly 10 points of damage). His player rolls a 3 on his dying role. The xenomorph climbs up on the hill and jumps on the reptoids unforuntately missing them. Axis shadowleaps into battle and fails to scare the reptoids. Nekure follows trying to protect his master. Eliott unlocks her blaster and shoots at one of the reptoids. Gilbert rushes up to Greg healing him. One of the reptoids moves up to Eliott and one-shots her dealing 16 damage (my second natural 20 and a 12 on the ULTIMATE die). The Xenomorph and a reptoid engage in one on one on the grassy hill and Axis smacks other reptoids with their battle lances. The terror bats leave the map on their turn (all remaining four of them escape, which means they will warn other reptoids who will increase their number). One of the reptoids moves up to Eliott and Nekure and one-shots Eliott dealing her 16 damage (my second natural 20 and a 12 on the ULTIMATE die). Gilbert rushes back literally trying to backstab the reptoid with his karambit blades but fails. The reptoid mocks Gilbert and tries to hit him with his off-hand, but Gilbert has a gun in his speed holster and tries to shoot the reptoid but misses! The reptoid slaps Gilbert and grins. The xenomorph takes care of his enemy, Nekure catches up to Axis and tries to impose himself between the reptoids and his master. Gilbert who failed to shoot the reptoid on his last turn pulls up the weapon to its face and blasts its head off. He then heals Eliott, who wakes up to Gilbert kneeling over him smelling of energy drink. The group makes short work of the remaining reptoids. The xenomorph gathers two of the corpses and feasts on them to heal. 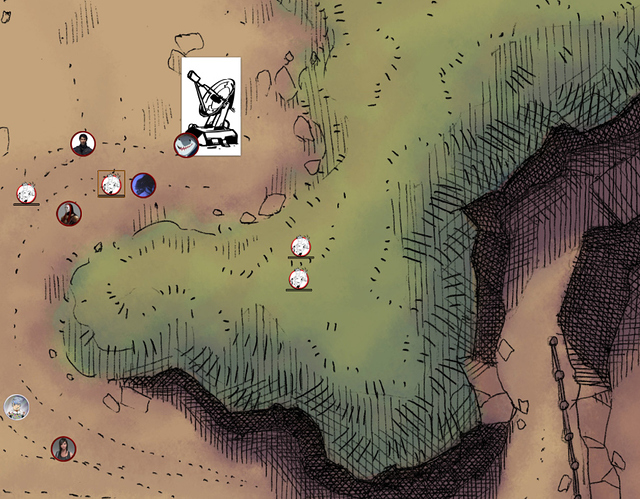 The combat is over and everyone’s licking their wounds. Gilbert gives his broken vibro cutter to Eliott who decides to turn it into a grenade. Greg still a bit rattled from nearly dying inspects the satellite station but decides quickly that he wants to hack it to pieces with his ripsaw. He absolutely trashes the satellite. Its beeping and buzzing dies and Greg collects the scrap metal for future use. Axis and Nekure look at the reptoid corpses and discover that all of them have a tube that connects a part on the side of their head with their clothing. The tube is filled with a white liquid. If you think Jem’Hadar, you are absolutely right.
With the reptoids gone everbody has a moment to catch their breath and recover, wondering what might be ahead.

This is the end of session 2. As per last session: If you’ve made it this far, take a hero coin to replenish your stamina! I have updated to Foundry ver. 9 and still use the Index Card RPG system ver. 1.2.4, which works without problems so far. The assets used are the ICRPG World Cards, TARGET-styled D4 TIMER made by @Seran (you can find them here ), the ICRPG Online Play Assets and the Warp Shell Map Kit Assets.
For those interested in the terror bats: they have 1 HP and do two things. They either flee and inform other reptoids (in game mechanic terms: for each bat that escapes battle add 1 reptoid to the final battle) or fly in front of what would normally damage other enemies taking the hit for them (like the mechanic "Look out, master! from Pulp Cthulhu). Feedback as always is appreciated. Take care, all!