Who wants some free character art?

Hey guys, I working on getting up a Fiverr to do Character commissions. I need to do some characters to build up my portfolio.

So I’m thought it would be a cool idea to so some characters for some of my community members while I’m at it.

If you want a piece of art drop you character description as well as any ideas as far as what personality, actions and such you want portrayed and I’ll whip something up.

Here is some of my most recent doodles to give you and idea of my skill level and what to expect back. 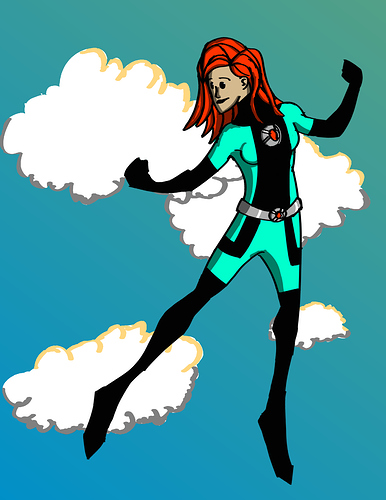 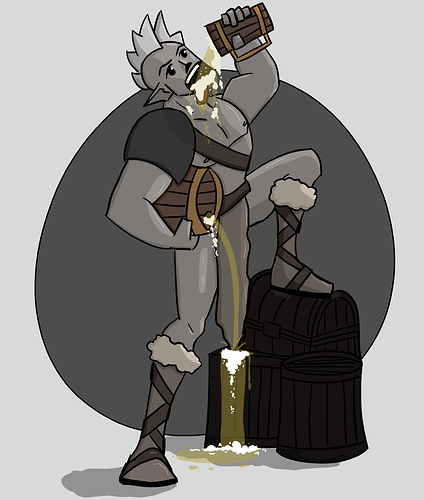 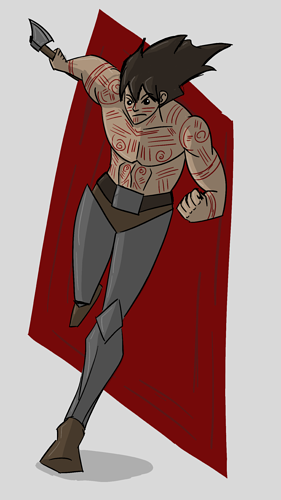 I’d love to see your take on my long-standing character, Gilsunder, Holy Knight of Grey, and personal protector of King Henryk (think every armored Paladin you’ve ever seen — full plate, large shield, and a giant sword — his is magic, with flames). He has Khettish Chains and a weapon gem, too. He’s on a quest to find his brother’s killer, so he’s super driven.

Kell is a human blade who has a handaxe he uses to restore the peace. In my mind he has long dark hair, is relatively tan, and covered in tribal-like markings. Kell is really level headed and sure of himself, but a wonder to behold in battle.

My players would love this! We’re in a gonzo Gamma World inspired post apocalyptic romp.

Ricardo, an intelligent and crafty racoon. He currently loves the laser pistol he took from one of the bad guys the party defeated. He makes a big point of not wearing any clothes.

Puffy, a small humanoid mutant with bulbous mounds of flesh all over his body. The team’s rigger and handy-man. Currently using a shotgun.

Brytos, a good ol’ boy. A brewer by trade, he’s along for the adventure. Often the Face of the party, as he looks like a plain human. Currently using a vibrasword or an energy bow.

Hope I’m not setting a bad precedent by throwing three out there. Anything produced would be super swell.

Awesome idea! I would love to see more of your work. One of my favorite characters I played was Mogar Boulderfist the grey mountain orc barbarian with white hair. He loved the three B’s of life, Beer Bread and Booty. He was always up for adventure and ready for a fight.

If you’d like a sci-fi addition, you can do my test character, Dak DakLakTak. A grumpy looking Psyker (you know, classic grey alien) in body armor and big clunky boots, with a railgun and a thick riot shield that’s toothed on the bottom.

(What, Psykers can’t be Tanks?)

“I don’t want free character art” said no one ever.

Great service for the community!

I don’t have much experience with capturing reflection of light such as the glow from the flame onto the armor.

It was a good challenge and experience trying it come up with something that kinda works.

Thanks for giving me the opportunity to bring one of your characters to life! 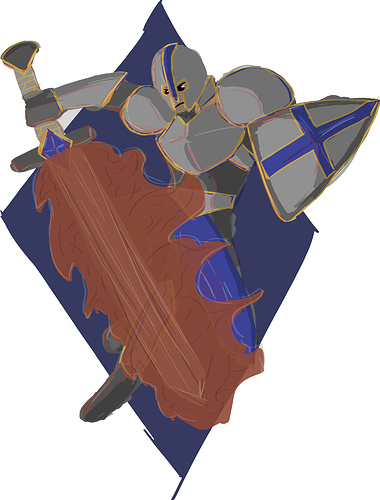 Oh cool! And an action pose!!! Gilsunder must be in some poop. Lol.

Super grateful for the picture! Thanks man!!!

I hard for me to believe how much of an improvment I made over night.

I decided to go for more of a simplified comic style with this one and Im really satisfied with how it turned out.

I think I’m going to take another swing at Gilsunder after I’ve finished some of the other guy’s submissions.

That is super dope!

I love the tribal markings! I cannot thank you enough good sir.

I’m glad you like it! I had a blast drawing him!

I’m continuing to try and up my skill. I had a blast working out the foaming beer effect on this one!

I like this one, it’s got some action to it!

May I ask for some art myself?

I know its been a while but I haven’t forgotten about you guys! 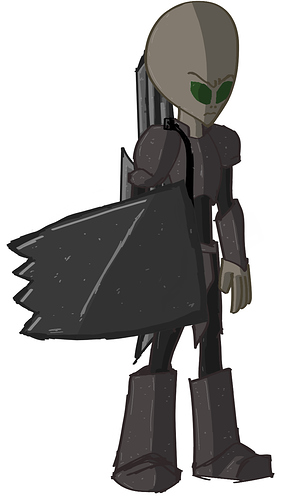 If you’re still doing art, it could be fun to see your take on Devi, my newly created minotaur character. Just in case you feel like it, I’m just dropping her description below:

She is a priest who grew up in an ancient jungle civilization. Intimidating to strangers but friendly towards her allies. Wears jewelry on her horns, neck and tail, and has a ring through her nose. For gear, she has this shiny chainmail, a mace that can glow and a shield.

I only found this late, but here’s Matt doing the work on Dak.