Werewolf Wizard Soldier in a skull! 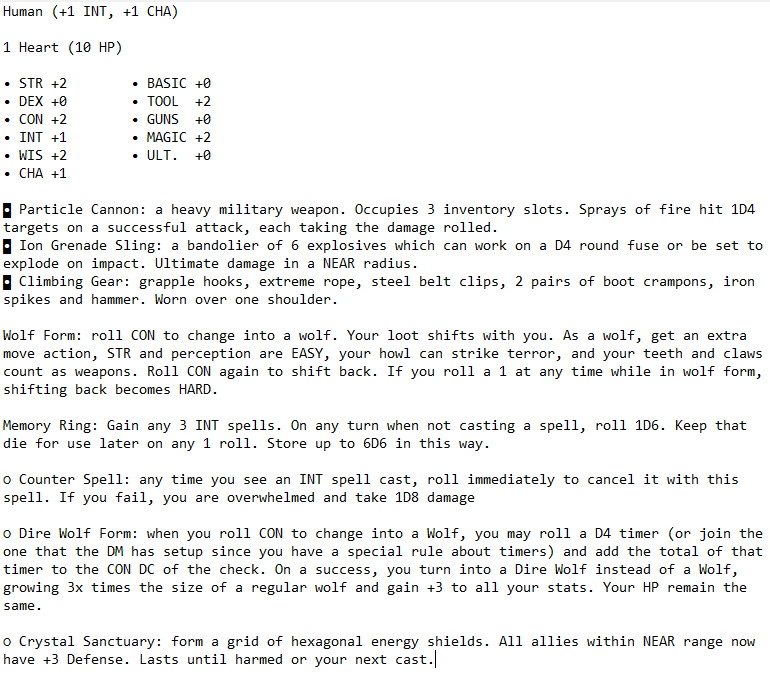 Soooo… I just built myself this character for @Andreas’ game… and he’s inspired from the Thiess of Kaltenbrun. Meaning he avoided the death sentence too to go fight in Hell when he turns into a Werewolf. Over time, he’s become quite the wizard. As well as some soldier from the vietnam war? In style only? I dunno. I’m awaiting confirmation for this character. But I’m having a lot of fun anyway. XD

This is ICRPG at its best.

I’m especially happy with the Dire Wolf Form ability. Tell me what you think!

EDIT: Ah, yes, and Andreas came up with the Wolf Form starting ability!

This was a fun exercise. I still want to see a series of spells that enhance the wolf’s howl.

I don’t know why I called the thread Runehammer, before… I must have been really tired.