I have been messing around a bit with paper miniatures for war maker // 40k style. I looked into both kill team and onepagerules – firefight but both really make gaming a complex bore. I also haven’t had much luck at my local store in regards to miniatures (inventory is on back order); nor have I fully landed on what I want to invest in yet. Waiting on the space marine and necron paint kits to get some paints and a few minis of each to see how they look painted.

With the price tag being pretty steep on war gaming in general, I made some paper miniatures to test the waters to see if I even want to play a war game for a prolonged period of time (these are painted miniatures from the web I formatted and tweaked a bit in photoshop).

This is a tyranid force and a space marine force for war maker.

I used pop sickle sticks and glue (DM Scotty has a vid for ICRPG figure flats specifically which I copied) and then stuck them into my pathfinder figure flat bases. 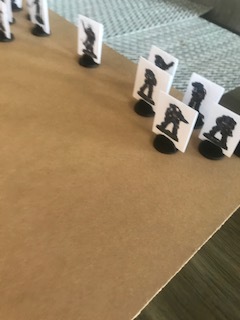 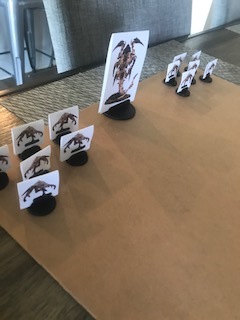 The rule tweaks to war maker are still in the play testing phase; wanted to get my minis ready first before I started making war maker feel more 40k-ish. 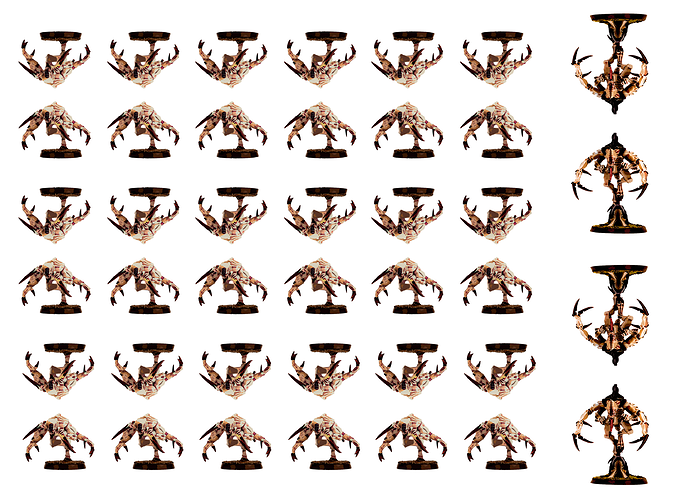 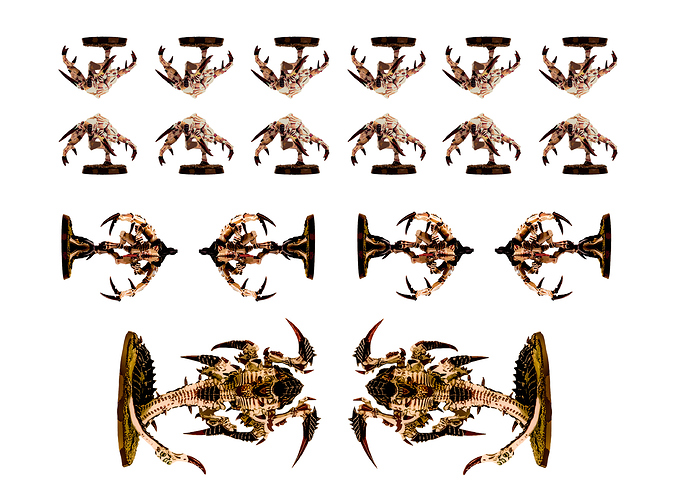 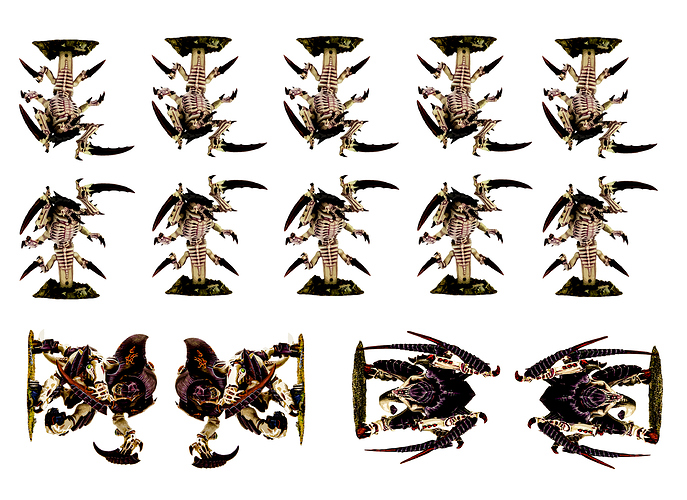 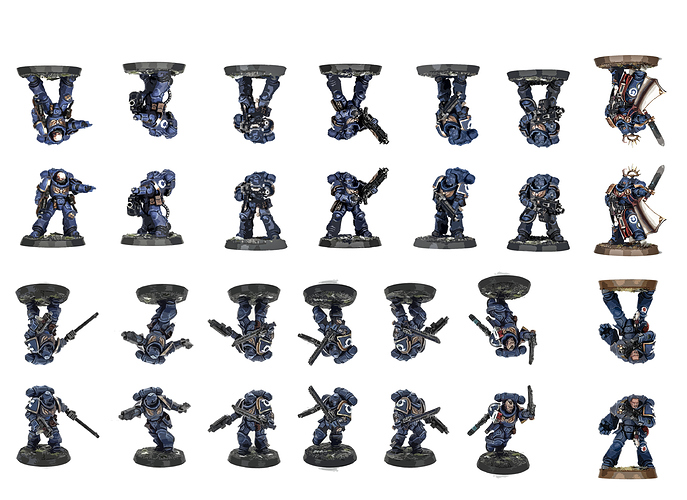 I have a ‘plethora’ of 40k Models and a bunch of WarMaHordes that haven’t seen the light of day since probably 2015. When War Maker came out I happily yanked them back out to try out new ideas. It was so nice to get to use the Models I had invested so much time in once again. This is a great idea that you have here, I will have to look around and see if I can fine Standees for other Systems to try out thematically!

How did it go? Did you have fun? I honestly haven’t thought much about having to tweak it so far. Hope my wife keeps enjoying it long enough that I have to tweak it…

The files were acting odd. Forgot I didn’t flatten them out with a white background for the .png save. Fixed them.

Warmaker for fantasy, in my opinion, is awesome. I like it with my game of thrones: ice & fire minis A LOT. But when it gets to 40k, I feel like it needs a slight tweak due to the nature of the models. I am still doing the tweaks before my son and I actually try it out; only finished the paper minis today.

Did this set and have another set of paper miniatures using the terminators from the space hulk set from 2014 (still have to paint the actual minis but was able to find good images of each model for a photoshop tweak).

I want to run the terminator marines from the space hulk set as 12 heroes with no reserves; one and done infantry. Because of how heroes work in war maker, nothing needs to be changed. They are up against a heavy swarm of tyranids (same ones imaged in this file).

The issue for me is when you take 6 assault marines and say they can only attack in close because regulars can’t do both (ranged and close). It breaks my brain a bit. The adjustment is basic – everyone can shoot or fight close but you still have to pick one as your specialty. Ranged units can shoot up to 2 pencils while close units are limited to 1 pencil but gain a guaranteed HIT when they charge.

You can also drop ranged or close as an attack option to improve your HIT chance with the attack type you keep. I am making a second set of dice with 4 pips instead of 3 for the HIT markers. I haven’t actually play tested this yet so I’m not sure if this is the way to go.

I might also just make it simple – > make a regular force give up its ability to instead gain both ranged and close as an attack option. Have to roll some bones first to see how it plays out on the table.

Also Hexeter you don’t actually need the stands. These can fold as triangle standees perfectly. I just liked the weight the stand and the popsicle stick add to it. Eventually I think they will get swapped out with actual models.