Unorganized and unreadable ramblings of a crazy man 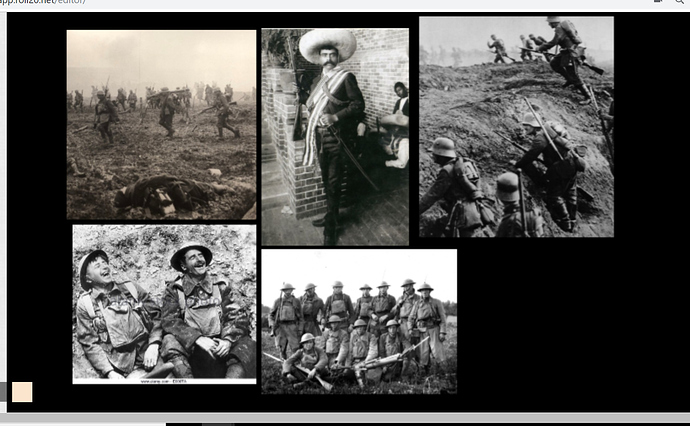 ww1.PNG.jpg1535x948 308 KB
My friends are starting a new one shot and I am really excited to run this World War One campaign! Plus my friend is playing un Mexicano. Which furthers my excitement since the two subjects I have been really engulfing myself into during my free time is La Historias de Mexico Y World War One. World War one interests me because its the transition between old war fare and this idea of kings and empires into the modern age. For the history of southern mexico its because thats where my blood runs. Honestly i just needed to put my excitement out into the world. xD
But what makes it even more special is that this campaign is under the title “the books of azathoth” on roll20. I intentionally left it vague so if i want to ad HP love craft elements i can or scifi i can. I plan to just keep all my one shots under this title. Its like a beautiful poetry of all my favorite things coming together. xD Being a DM is the greatest thing ever and is the greatest privilege ever. Whether your new or a veteran theres just something you get from it thats special that no one except other DMs can quite understands. Its like one of my favorite things Hank had said way back when about world building from the side view, about how as a kids we drew elaborate cave maps that extended to other papers and your trying to explain to our moms why it matters.

Hereare some stuff that really hyped me up to do this one shot! hopefully you can take some elements from it too! What time period,event, or place interests you in history??

(song name: the tuesday they shot me) ((if theres one thing to watch/listen to this is my favorite

last stuff i swear but this video was really cool to me.

It’s awesome seeing someone get so excited about something! Never apologize for your enthusiasm.

This looks like it’s going to be a very cool game. If you have any pictures of the session or any assets you make, post them when you get them!

That’s great. I did a WW2 write up. I ran it this summer it was a blast. ICRPG is so versatile. I am going to do a WW2 One Shot over the Christmas holiday too.

wow i just finnished my one shot and man was it intense. as my players got closer into enemy lines they ventured into an hp love craft inspired land sacpe. it was so much fun and even ended with one of my players having his character kill himsellf! xD which by HP love craft stories go is a rousing success!