Attached is my first attempt at a room design document, “The Gates of Uddwold” which I made for a local campaign. I was real proud of how the session went, and thought I had some cool ideas.

Starting this thread as a place for more room designs than just mine. Feel free to post room designs in reply to create a library of room design for future readers.

Would love to hear ideas from others of the shield wall. Forward, into ROOOOOM DESIGN! 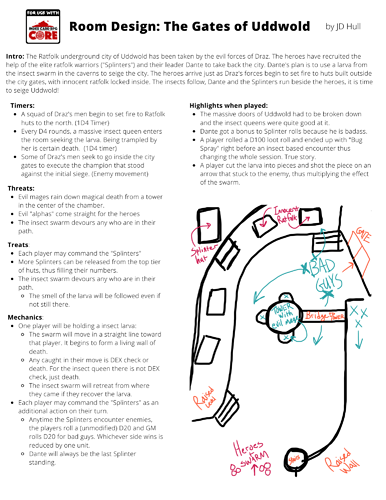 Extracting the Seed Bank
Timers: The cooling system of the seed bank is running out of power (d6) and the scientist maintaining it is panicking (d4).
Threats: A cyborg beast hides among the stalls of this orbital bazaar, and it will constantly try to make sneak attacks on the players and split them up. A swarm of drones piloted by the enemy leader is gathering strength.
Treats: You’re in the middle of the most diverse market in the sector, get creative. The objective is a hospital guarded by the republic at the other end of the market, guards are gathering inside, but they can’t interfere directly without risking the republic’s plausible deniability. In a previous social encounter, the players may have received a device that can communicate with the cyber beast.
Mechanics: This is an escort mission, the market is functionally a long corridor full of clutter, hiding places, and LOOT. The seed bank can only move NEAR every turn and needs a PC or NPC to constantly monitor its refrigeration. Thankfully it is plated in duranium and immune to ordinary blaster fire.

In play: The players got the swarm and the republic guards to fight each other so they could focus on the cyber beast. They had convinced the bad guys they could work together in an earlier scene, so they had the communication device and used it to make the beast hesitate while moving from one hiding place to another. The players abandoned going to the hospital and fought their way to their own ship, with the seed bank and scientist in tow.

I’m working on a PDF to be used as a creative fuel for me. Inside I’m building some “example rooms” to keep me focused on some keywords and mechanical things. I’ll paste those three things here. It’s not traditional room design and more based on Hank’s challenge tuning. 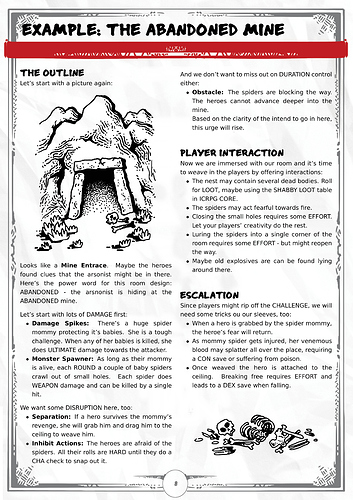 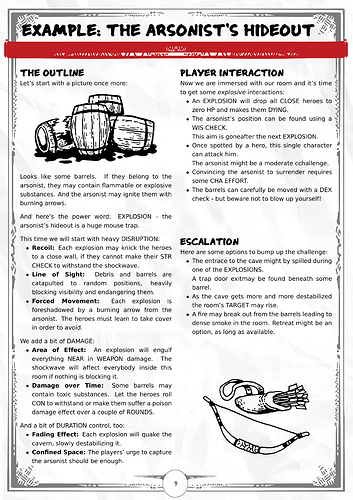 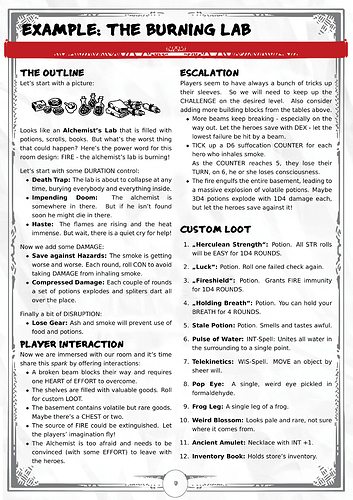 I gotta say it… Love the style and writing in your rooms! … Game On.

Awesome Ash, thanks for sharing! I love that the swarm and guards ended up fighting each other.

Nice Glocke, so many options to pull from here. Those are a few rich and dense pages. 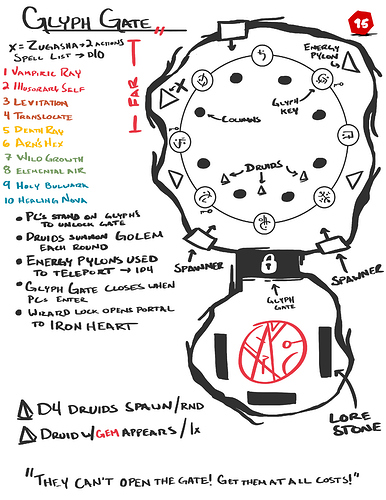 This is a room design from my last session running Odium. I designed it to be a large combat against the big bad Zugasha, who was a high druidess themed after Thanos. She even had her own Relic that she was collecting GEMS for to power up.

The Room itself is fairly straightforward. A large cavern with a circle of glyph platforms carved into the ground as well as some pillars to break a line of sight. There were also four energy pylons in the corners that Zugasha would use to teleport around the room each Round.

Throughout the campaign, the players had been receiving strange visions of glowing glyphs that correlated to one of glyph platforms for each of the players. If each of the players were able to stand on each of the glyphs at the time, the Glyph Gate would open and lead to the WIZARD LOCK. The challenge though was getting a moment to do that, while being attacked by Zugusha and her fellow druids.

The druids were spawning stone golems each round that would fuse together and evolve into stronger golems. 2 Golems near each other would upgrade to a Stone Knight. Four Golems would fuse into a Boulder Brute. 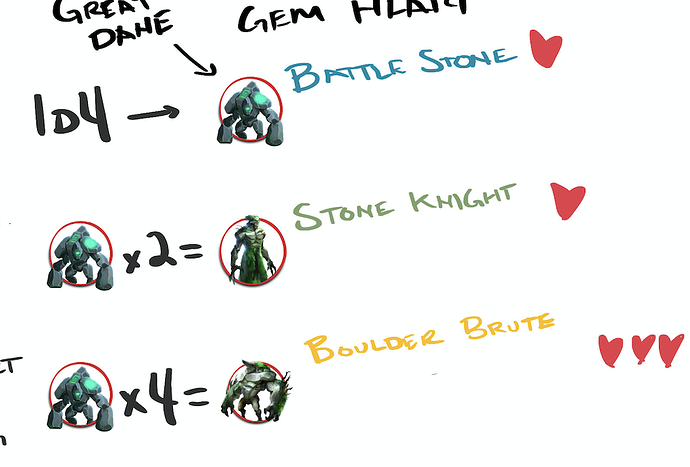 I also designed a Monster AI for Zugasha. I wanted her to be a powerhouse spellcaster so every ROUND she would cast two spells based on the dice. Each GEM she obtained gave her access to two powerful spells. If she didn’t currently have the required GEM, she would just cast a secondary Basic Spell. That way when one of the Timers went off and a druid appeared with a GEM, it was a big deal. 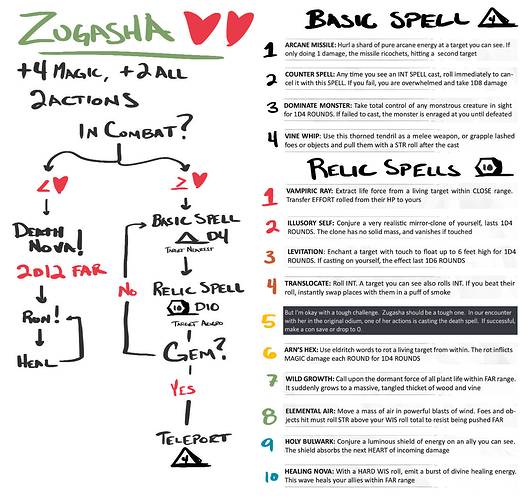 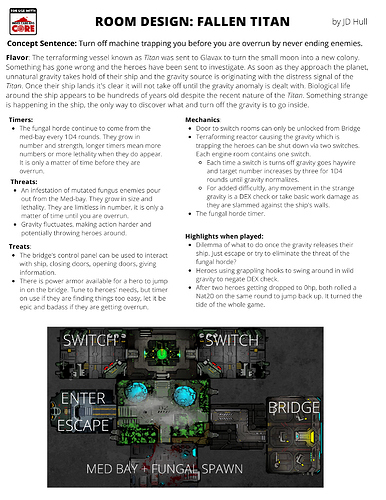