Saying NO to Tank n' Spank with Objectives! 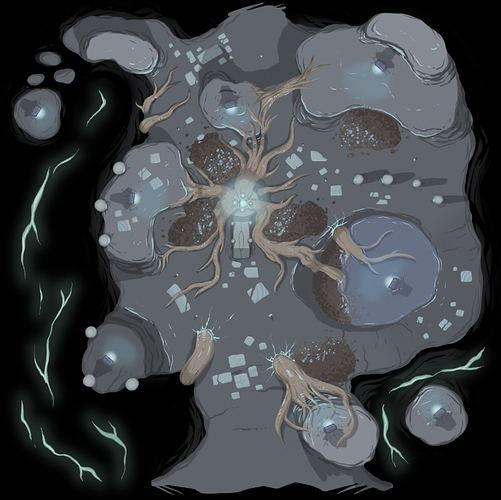 Players are upon a BOSS FIGHT! An ancient guardian protocol whose experienced much degradation, corrupting the understanding of its primary objective. This guardian, designation SHIELD, has diverted power and resources from other parts of its machine-site domain to serve as the last bulwark of protection for… the Stela!

It’s a big turning point for our campaign and a revelation to one of my player’s backstory, so I don’t want to plop a big bad on the field and let them stand toe to toe until someone’s HP drops to zero.

Instead, SHIELD’s HP doesn’t exist; if players want to defeat it they’ll need to destroy the obelisks in the area that bear glowing geometric arcana. In the mean time SHIELD is animating discarded Warforged parts through the power of the Forge, and they will be pursuing the PCs through the bulk of the fight. SHIELD’s beam attack is on a timer that randomly targets visible enemies, which will diminish in power as the obelisks are destroyed so as the fight rages on, the boss will become weaker.

It’s my goal to have a desperate dignity to SHIELD as it struggles to protect the thing it was programmed to guard. Its degraded understanding of its mission has turned it into something nearly cannibalistic as it assimilates other Warforged into its new way of thinking, so I expect it to be a little sad as my Warforged PC has to decommission it for their current goal (and eventual “reboot” of this sector’s dungeon).

Anyway, I thought I’d share a bit of work on my home game and the struggle to keep things more interesting than reducing HP for significant enemies. It can be a real chore sometimes, but objective-based play can keep the life going in combat when it’s starting to feel like a slog. Thanks to the Three T’s and plenty of DOOM Eternal recently, I’m happy with this big boss fight… for now.

Thanks for the read! Hope you dig on this quick map.

That’s a really cool map! As always, your work is killer.

This is awesome! You’re really firing on all cylinders by combining art, gameplay mechanics, and story. These are some great ideas that should really make for a memorable game night!

Thanks a bunch! I really like to try and achieve some kind of emotional connection in my games. When a player is really happy, torn about a decision, or feeling empathy for a loss in-game, that’s a real win.