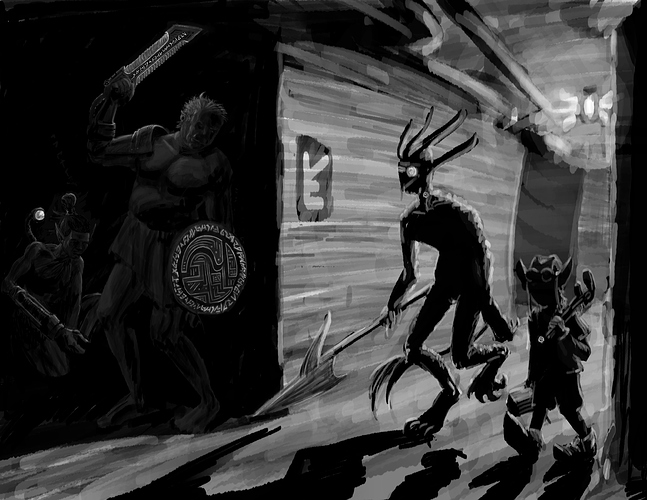 I’m running the Molok Madness campaign for a couple of players. After a TPK in the Machines of Molok room, I needed a way to drop them right back into the action.

I decided to use the timer mechanic from the Marauder room. So every round, a ghoul drops into the room from one of 4 chutes.

I had the players wake up on an assembly line where robotic arms powered by the will of the Red Mage ripped them apart and welded them back together. (I cleared it with my players beforehand, if everyone enjoys a little body horror, it’s a lot of fun, if not, tone this part down). I created this d20 Augment Table to give them some cool powers, and give them some clues about what the Red Mage is up to.

I gave them 5 rounds, and roll a save or get augmented. After their trip on the assembly line was complete, they got dumped into the room where the Marauder of Molok was under construction.

It really amped up the horror aspect of the dungeon, and once they figured out the modifications were giving them cool abilities it amped up the action as well.