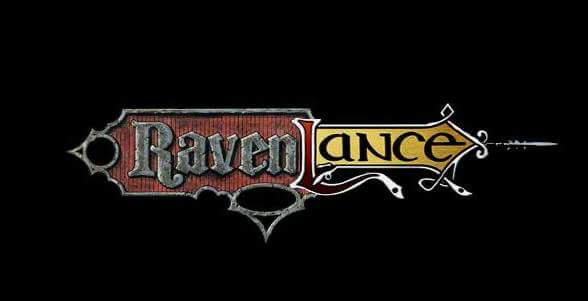 Someone on twitter posted this earlier and it peaked my intertest.

A world primer mash up of Ravenloft and DragonLance. Horror adventure in the Dragonlance world with Ravenloft monsters and styling… Lord Soth would not need any changes, but I think it would be fun to do a darker version of DragonLance.

I think it would make a good mash up for a halloween adventure/special world primer! …

Dude. Run that for the community.

I don’t know much about both settings but it sounds interesting! See you on the Beer & Pretzel Discord server?

This would be a pretty rad undertaking.

*A darker sunset version of DragonLance. Ravenloft, thru the Demiplane of Dread, mists have reached the planet of Krynn. The Demiplane is connected thru a short plain of mist located on the northernmost tip of the northern wastes of Ansalon or thru the caverns underneath the Plains of Dust.

The War of Souls begins in 421 AC, 38 years after the events of Dragons of Summer Flame. A small band of Knights of Neraka meet Mina, a mysterious woman who appeared during a freak storm. Through incredible feats, she convinces them to pledge themselves to “the One God” and follow her to march on the besieged city of Sanction.

Most of the native dragons are either dead or enslaved. The metallic dragons have disappeared. With the loss of the gods comes the loss of magic, and the Wizards’ Conclave had been disbanded years ago. Although sorcery, discovered by Palin Majere, was adopted, it is slowly fading for reasons unknown. Everyone, including the Dragon Overlords, experience the effect. The Knights of Takhisis, with the loss of their Queen, became the Knights of Neraka, a somewhat less honorable outfit than their predecessors, led by Lord of the Night Morham Targonne. Goldmoon, one of the few remaining Heroes of the Lance, has established the Citadel of Light on the island of Schallsea. In the elven realm of Qualinesti, Gilthas, the “puppet king”, rules only in title, while the nation is truly run by the occupying Knights of Neraka. Their cousins, the Silvanesti, have banished their heir, Silvanoshei, his mother, and his father. With the gods gone, the time period, fittingy, is known as the “Age of Mortals” as said by Fizban in chapter 32 (title: Rain. Autumn. Farewell.)

Over and over, Mina is able to convert her opponents and save the day. But at the city of Sanction, her plans >>Demil Plane of Despair accesses Absalon for the first time<< failed despite the valiant Solamnic Knights. Mina is captured and later killed in a ritual driven the black dragon Smolder, Strahd, and the Dark Powers, to destroy Tiamat’s latest incarnation.

Paladine, now mortal, takes on the name Valthonis is killed in the ill fated battle named the Fall of Haven. Some suspect Strahd was involved. Takhisis and Paladines death maintain the balance between Good and Evil. The good gods return to Krynn but the people have forsaken them, again. A sullen darkness has fallen on Krynn…

THINGS YOU NEED TO KNOW

bloodline: A chain of lycanthropic infection stemming from a single natural lycanthrope.

caliban: A human warped in the womb by unnatural magic.

cleric domain: A clarification to the term “domain” from the Player’s Handbook to avoid confusion with Ravenloft’s domains.

cluster: A patchwork collection of two or more domains in a single Mist-bound region.

Core, the: The largest and oldest cluster in Ravenloft, loosely resembling a microcosmic,Gothic Europe.

darklord: The evil master — and ultimate prisoner — of a domain. A descriptive term, it is not used by characters in the setting.

Dark Powers: The faceless, godlike forces that shape the Realm of Dread. A descriptive term; their true nature and intentions remain a mystery.

domain border: Darklords can close the borders of their domain, preventing escape. No mortal magic can overcome a closed domain border.

Dukkar: A legendary foe of the Vistani, said to be a male Vistana gifted with the Sight and fated to bring destruction to his people.

ethereal resonance: The landscape of the Near Ethereal, shaped by the echoes of emotionally charged events.

Fear save: A Will save vs. fear effects.

giogoto: The Vistani term for half-Vistani. Both singular and plural.

giorgio: The Vistani term for non-Vistani. Both singular and plural.

Grand Conjunction, the: An arcane term for a cataclysmic event in 740 that nearly destroyed and permanently reshaped the Land of Mists. It was foreseen by the Vistani seer Hyskosa. Within the setting this event is more commonly known as the Great Upheaval.

Grim Harvest, the: A murderous conspiracy forged to collect souls to power a grand and terrible magical experiment. Lasting from 748-750, it culminated in the Requiem.

Horror save: A Will save vs. horror effects.

Hour of Screaming Shadows, the: A terrifying night in the autumn of 752 when a mass of living shadows smashed into Nedragaard Keep in Sithicus, apparently killing the black knight who ruled it.

Innocence: The total absence of evil in a mortal spirit. Evil creatures are both drawn to and threatened by Innocence, like moths to a flame.

insane: Any creature suffering from a madness effect.

Island of Terror: A single domain, surrounded on all sides by the Mists.

Madness save: A Will save vs. madness effects.

Mists, the: As the Misty Border, these banks of unnatural fog separate clusters and Islands of Terror. The Mists can also appear at any place or time within Ravenloft. They are presumed to be the agents of the Dark Powers and can twist time and space.

Mistway: A relatively reliable travel route through the Mists.

Outcast Rating (OR): A modifier to social skills, reflecting the xenophobia of Ravenloft’s denizens.

outlander: Anyone who comes from “beyond the Mists,” perhaps even from another world. Near

Ethereal, the: The borderland between Ravenloft and the Ethereal Plane.

powers check: A percentile roll to determine whether the Dark Powers respond to evil acts.

rank: A measure of the power of ghosts, ethereal resonance, and the ancient dead. Not to be confused with skill ranks.

Ravenloft: A descriptive term for the setting. To characters within the Land of Mists, Ravenloft is just a castle in Barovia.

recovery check: A Will save made to recover from horror or madness effects. Failing the check incurs no further penalties.

Requiem, the: A catastrophic event in 750 in which an expanding wave of negative energy slew Aluk. Darkon’s king was thought killed in the blast but has recently reemerged.

Scourge of Arak: A massive sandstorm in 588 that wiped out all surface life in the region now known as the Mountains of Misery in Darkon.

sinkhole of evil: A spiritually unclean area that applies penalties to Will saves and turning attempts. The effect of powerful ethereal resonance spawned by acts of evil.

Vistani: A mysterious, gypsy like people who roam the Land of Mists. They are feared and respected for their evil eye and power over the Mists. Vistani is plural; the singular form is Vistana.

These TAGS will typically cause the player to make a Will Save with a Failure Margin as shown in the chart below. A Will save vs the current Room Target modified by circumstances or monster effects.

6-10 point FRIGHTENED [Same as SHAKEN, but in addition, moves NEAR into cover, if possible]

11-15 point PANICKED [Same as FRIGHTENED, additional -2 morale penalty, and any actions cause 50% drop chance anything in hand]

16+ point HORRIFIED [same as PANICKED, must make immediate HARD HORROR save or run away in fear, cower in cover out of sight, or may only use a spell or ability to escape.]

5 Signs of violence (a dry ing pool of blood, a splintered door, etc.).

10 A scene of pain or suffering (a beggar ravaged by disease; a doctor sewing wounds shut).

20 A scene of evil, cruelty, and madness (finding dismembered bodies that have been turned into marionettes).

A “malign paradigm shift” is a situation in which a character discovers that an important element of the surroundings is not only drastically “wrong,” it has been so all along, unbeknownst to the character. Examples include PCs realizing that they are the only people in a crowded inn who aren’t evil shapeshifters, or discovering that the carriers of a plague epidemic are actually all the victims of rampant vampiric feeding — and are still under the vampires’ control.