Playing with the Think Deck 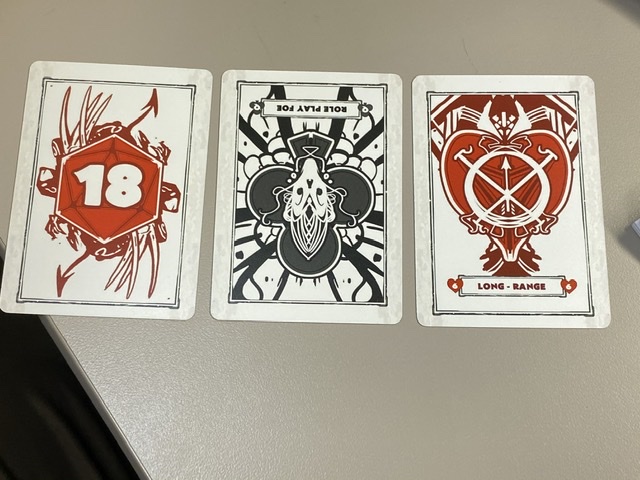 So, I got to playing around with the Think Deck and said “Let’s build an Antagonist”…here’s my interpretation -

The Winter Queen (Fey), a beguiling beauty entombed in a very, very, very thick block of ice. She speaks to the PCs in dreams, enchanting them with her beauty, calling on them to serve her, to free her…

Attempts to break through the ice wall are at TN 18. The wall requires 6 hearts worth of effort to beak through. In between each heart, she sends the PCs on certain missions, things she requires them to do while she is imprisoned.

But what they don’t know is that the entombed queen is an illusion and the real her is manipulating them from the winter realm, a realm that has been sealed by powerful magic. Once the 6 hearts of effort are finally completed, the seal is broken and the gateway between worlds is open. Now she can march her armies through and everything the PCs have been doing for her (taking out a key hero, destroying a magic item that could harm her, etc) has set her up for an easy invasion and takeover.

And now the world is bathed in eternal winter (oh, hello Blood & Snow) and the PCs find the beautiful ice queen their ultimate antagonist while they try to right the wrongs they unknowingly did.

SOOO jealous of you for having the physical deck!

I love your story, very imaginative and evocative!

Thank you! So many opportunities!

That’s pretty cool! Does that mean you will be running Blood & Snow with fantasy elements in it? I’m curious!