Hykon will draw out and ready his cross bow and be on the lookout for any thing amiss.

The brave four (is Morvi with you?) make their way between the massive black rocks, as the rain lashes the little boat, soaking them to the skin.

As the boat moves into the natural inlet the heroes look up. They see shapes through the rain, like a queue of jellyfish, gently spinning (despite the weather) from sea level through the air, floating upwards towards the stormy sky.

Past the wall of rock the interior of the island is like a maze. More black rocks block line of sight, but the water continues on. Eventually the boat bumps into a flat rock, low enough in the water that the heroes can climb out and walk on it, as though it were an island.

Although it’s obviously not the only one ‘interior’ island of this accursed place it’s the only landing the heroes can currently see.

The ground of this island is slimy with algae and slick from the rain. A single torch sits in a sconce. The heroes move forward into a forest of thick green plants, like the cactuses of Khett, but also wet and slimy.

They can hear the sound of a skirmish ahead. Battlecries and screaming. It seems to be coming from the source of the floating shapes.

As the heroes break the ‘treeline’ they are met with a scene of chaos.

A single sailor, a captain from his coat, is weilding duel scimitars, desperately fighting for his life. A pair of lanky, scale-skinned fishmen rake at the seaman with wet, milky white claws.

The line of floating shapes are indeed coming from this place. They are pumpkin sized levitating brains, with an underside covered in writhing tentacles.

Another brain hatches from a greenish egg on the hard groundand the heroes realise that the rock floor is covered in dozens of cracked open, thick green eggshells. Amongst the shells lie the corpses of more fishmen, their stomachs split open as though the eggs had been cut from their own bodies. Three of the eggs remain unhached.

Three of the brains pause their flight upwards, as though they sense something, then they turn and advance towards the heroes.

Target 14 (thanks to the torch)

Muel (and Morvi!) get in a defensive posture, Muel extends his spear out in front, towards the floating brains. He tries to discern their intent, do they seem hostile? He’s not attacking, just preparing.
INT check of 11+0.
“Hey! You!..Jellybrains! Stay back! I’m warning you!”

No need to roll, they are clearly evil creatures and are 100% hostile.

Well in that case, Muel stabs at the nearest one with his spear, right in the medulla oblongata…
STR check 17+3 and a 2+2 (edited for +2 WEAPON mod) on the d6 for Effort
“Whaddya THINK of that? Hahaha!”

Morvi also goes in for a strike, mirroring Muel, then sidestepping and making a horizontal slash under his spear strike…
Morvi rolls an 18+2 for her STR check! She hits for 6 effort!
“Don’t forget about me!”

[when I hear Arcane Missile I think of something that looks like a firework missile with sparks flying out of it as it flies at the target, haha! Always have. How do you picture Mehrfen’s Missile? I’m always curious how others picture things like this]

[I too wish to know]

No idea. Though here’s one artists’ rendition: 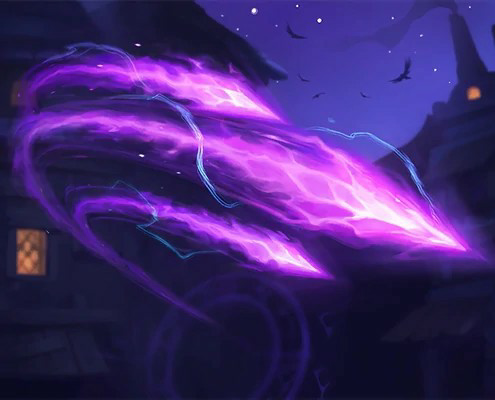 We could just as easily go with one of these 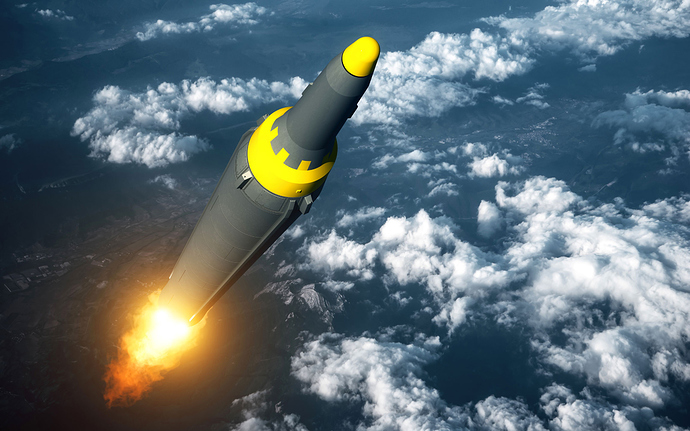 [I mean, Tortons could have tech that maybe even they don’t understand. It’s all “magic” to the PCs. I was just curious. I wonder how people picture the action. Helps me get a feel and to share immersion.]

Hykon raises his cross bow and takes aim at the third brain squid thingy. “What Hell spawned this abomination?” he thinks, as he pulls the trigger.

After firing off his shot, Hykon will move to hide behind the nearest cover option, if there is something around to take cover behind, that is.

[I’ll post Quil’s action in a few. Waiting for him to get back to me. Still no phone. ]

[If I were to try to aim for plausibility and treat it like some kind of tech, since it is coming from a ring, maybe it lights up the end of homeboy’s arm and fires off just a burst of orange reddish energy, like a flying fist or something. The reason to use Int instead of Dex would be because the burst is life-seeking, and requires additional focus to hit the target. We could also have it where the energy builds up in the palm of my hand and then I throw it in the direction of the target. That might be cool.

At some point I’d like to craft the gauntlet I mentioned the other week with a crystal in the center, and transfer the spell there (akin to an Iron Man palm blast). I think that would be a more plausible projectile weapon.]

Ok, Quil steps forward and brings his sword around, in a mighty strike, at the nearest brain squid.

[Damn, some nice rolling this round gents!]

One brain horror is completely destroyed, and another is bloodied as the heroes unleash a mighty wave of attacks. The other two remain untouched.

[In my haste to post a florid scene description I forgot to explain the terrain layout!]

The heroes are all fighting in the Western quadrant of the battlefield. This quadrant has the broken egg shells, fishman corpses and another three eggs. Moving out of this area once you’re in it takes an EASY CON save, or your feet are bogged down in the rank fish guts and sharp broken shell and you can’t yet leave.

The Northern quadrant has a pool of black seawater. Anyone (who can’t fly) moving into/out of this quadrant must pass an EASY DEX save to avoid falling in.

The Eastern quadrant has patches of slimy wet plants. All attacks against creatures here are HARD, and Defence saves are EASY, because of the cover.

The Southern quadrant is raised higher than the rest of the rock. Making ranged attacks from here is EASY, but making defence saves vs ranged attacks while stood up here is HARD, due to the exposed position.

The two fishmen fighting on the southern quadrant manage to get hold of the sea captain and tear his body to pieces, briefly chewing limbs and organs. They then turn and run silently across the battlefield to the western quadrant where they will fight the PCs when they can next act.

The wounded brain horror has an octopus-like beak and remains in the western quadrant. It bites at Mehrfin. [@Nivek make an EASY Defence save or take 10 damage].

The newly hatched brain horror crackles with psychic electricity and sends out a psychic lightning blast. Everyone in the western quadrant make an EASY Defence save or take 3 damage.

The remaing two brain horrors (one with a crab-leg like long appendage, the other has a cluster of white pupiless eyes) fall back to the high ground of the southern quadrant. The white eyes pulsate and Mehrfin again is targeted, this time by the brain’s terrible mind. [@Nivek make a NORMAL INT save against this psychic compulsion, if you fail you’re immediately levitated to the southern quadrant.

Make your saves, ask any perception questions and tell me what do you do?

[I’m going to try something a little different here. Let me know if I am out of line]

[Def 17+6=23] Mehrfin manages to bring up his shield just in time to prevent the brain horror’s octopus-like beak from crunching down on him. [Def 2+6=8] This distracts him, however, from the psychic blast projecting from the other brain horrors and he is knocked silly for a moment as it weakens him. [Int 18+3=21] Made more aware by this attack on his most precious of commodities: his mind, he is able to rebuff the telekinetic influence of his cerebral competition up on the rocks. [Int 19+3=22] Angry, he reaches into his pocket for anything he can use as a weapon, and comes across his newly minted Frost Infuser. Focusing his mind on making this unit a frost based weapon, he rams it into the “face” of the grotesque brain horror in front of him [ME 5+5=10].

Ok, this is Quildrum’s turn…

[Hold up, did Mehrfin already attack the wounded one?? If so, Quil might need to change his attack. Or did you target a different one?]