Just like in Hank’s or everybody’s games, the rules of our group are always changing, evolving.
We got to a point, when its pretty stable, so i thought it is worth to share maybe to give some inspiration. 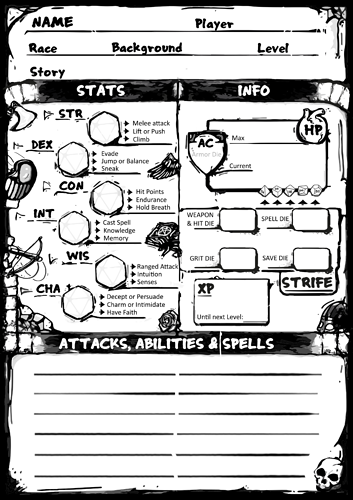 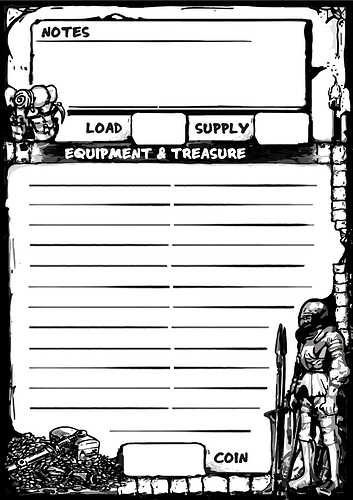 How does Armor work : You have an Armor die depending on the armor you wear. The enemy rolls against your DEX value. If is hits you, it rolls damage, but you also roll armor die and reduce it from the damage.

HIT POINTS (=CON score)
LOAD (=STR score): how many items can you bear.
SUPPLY (=INT score): you can use supply for resources like torches, or potions like in Five Torches Deep.

Example for a Level 2 character: 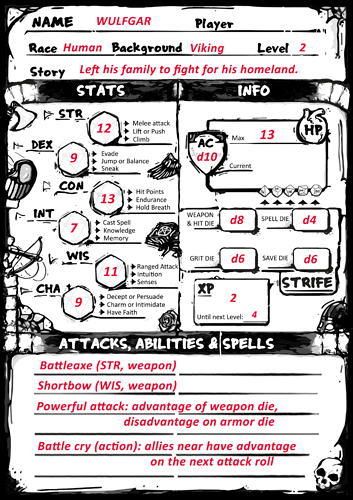 It’s a mish-mash but we like it. Feel free to give some constructive criticism.

Every time you update us on your tables hack, I get inspired! Thanks for sharing!

This is the good stuff! I have been dissatisfied with many OSR rulesets, but this is one I can get behind. I’ll have to look into running it someday. Thanks for sharing!