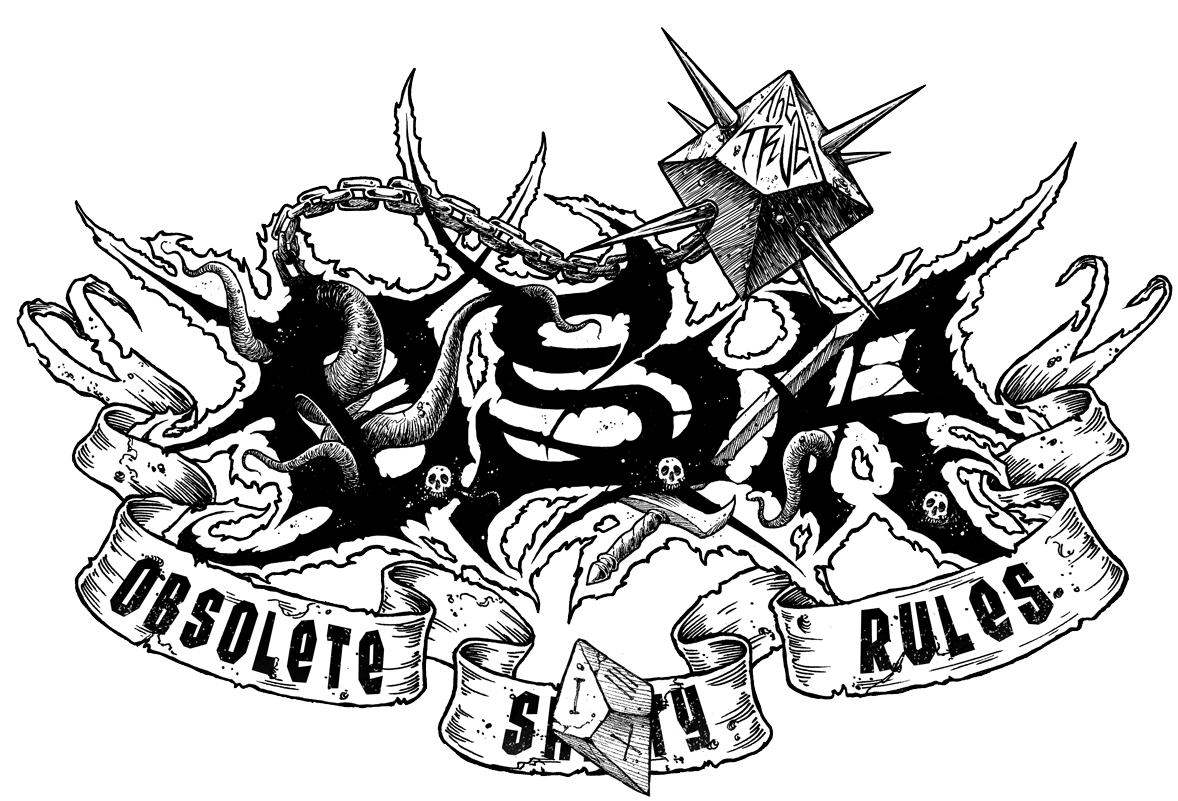 A little off topic, but I’d really like to share this with you all, it’s a parody of OSR RPGs, but there’s so many great ideas in the SickStart (yeah that’s actually what it’s called).

Now you can actually “win” D&D, at the end of the mission the Dungeon Master appears and it’s a fight to the death with the players!

Instead of just rolling skill check and binary pass/fail, you can make an heroic check or an heroic attack, rolling a d100 and there’s 100 different interesting things could happen.

I also like that when a player drops to 0HP, they roll on a d100 Death table and again, there’s a 100 different outcomes for when or if you die! Brilliant stuff!

They are launching a Kickstarter early next year, but you can grab the .pdf version of the SickStart now for FREE.

Interesting read! Would I play this game? Nope. Would I steal some things from this PDF? Hell yes. That d100 death table is pretty sweet! It would actually fit fairly well with like Viking Death Squad or Ultra Violet Grasslands or other gonzo settings.

I also like the the d100 dungeon table. I would totally try that out to roll a random dungeon as we play.

Anyway, cool stuff! I am sure the right group would love this.