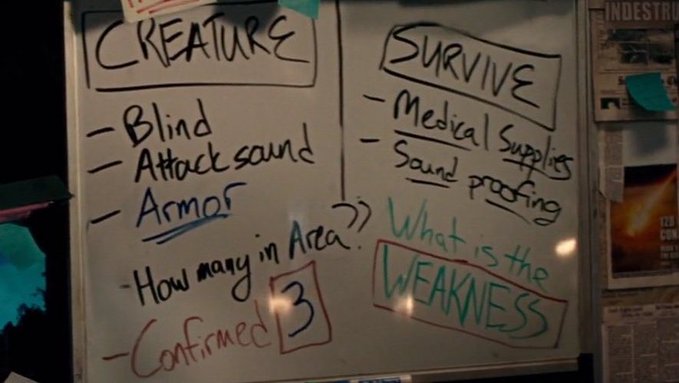 The hosts of my game I run bi-weekly let me know they’re going camping during our regularly scheduled programming, so I now have 4 days to write up a 2-3 hour session when I thought I had 11 days. (I don’t want to wait 3 weeks dammit). So, I’m fast-tracking this game. I’ve had this idea for a monster who hunts by tracking noise for a few months now and with my last session, my players decided to go to hits hunting grounds. Now I need to structure the encounter around it. I’m looking for suggestions on fun things to add and keep the fight interesting.

Using Hank’s Monster workshop video, I have already come up with the following answers to the steps:

Fit to a theme: The beast is large, blind, and flying, and FAST. It hunts by echolocation and listening to the players. It will attack them out of the normal initiative order to attack players based on the sound they make at the table (more on this later). It doesn’t kill outright, instead choosing to impale its victims on the broken and sharp tree limbs that line the canyon in which it lives, much like its namesake who does it on a smaller scale. 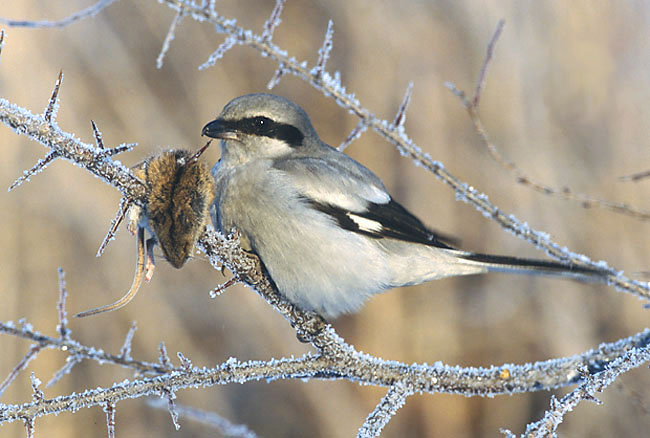 Visuals: I’m using an existing model that fits the themes already present, I chose this “phoenix” from kingdom death. This thing has strangely human features and hands all over, matching the existing theme of previous monsters seen in my Exiles campaign: 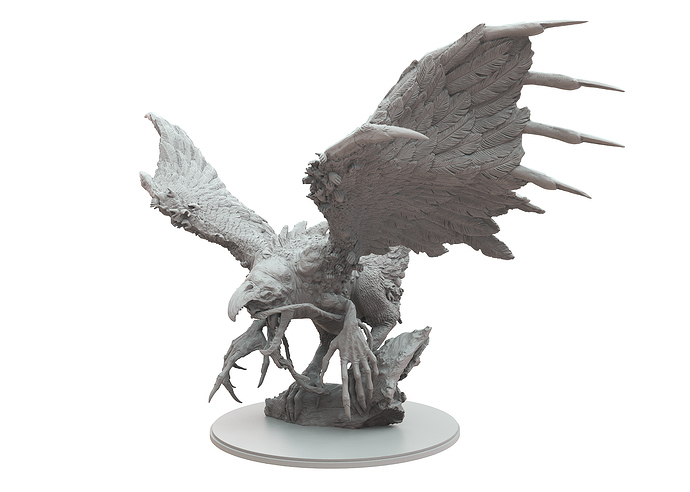 What can the players handle?: While my players are new to RPGs (for the most part) they are pretty smart and do interesting things if given the tools. I’ll be having them restock at the town they just helped and giving them some minor hints but still keeping this a surprise.

Variety and rhythm: Right before this fight, and complicating it will be some silent barbarians that live in the same location, ninja-like and sneaky. a couple of rounds with them and the noises will attract the Shrike, possibly having it go an kill one as a sign it arrived. 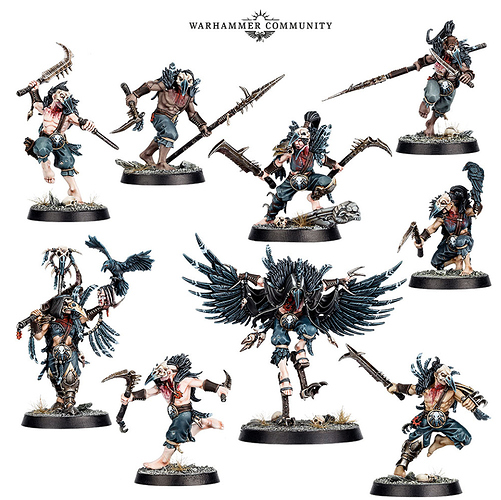 Tells: the environment is supposed to have a share of tells with corpses pinned to trees, but no sign of the beast. further tells are the crow-themed ninja barbarians, and the emphasis on silence (it’s gonna be called the silent valley for crying out loud, take a hint).

Significant math: I don’t want this thing to just attack once per round. This thing is supposed to swoop in whenever it hears a noise and the accuracy of the attack changes depending on how loud the noise was. What I’ve come up with is an adjustable bonus system that has me roll a die (in front of the players of course, because I’m playing like a big ol’ badass) that determines the bonus this thing gets to attack.

Now, this won’t just be their volume at the table (though I will implement that) it’ll also be the volume of the actions they take. Being that this thing attacks after any turn they aren’t silent, They should catch on pretty fast as to what they need to be doing/not doing.

Letting go of balance: Oh, we’re hell and gone from there.

TL;DR: I’m making a giant flying “quiet place” type monster who lives in an echoing canyon and pins victims to trees to consume over time. Its served by ninja-barbarians who will be the main concern on the field while this thing swoops down after every turn it hears something. The accuracy of the monster depends on the amount of noise they make in-game for it to hone in on them.

What I don’t have: An idea of what it might do on its turn (if anything) along with a weakness, or a reason it might be on the battlefield for them to attack it (I don’t have the mini for nothing, dangit!). I subscribe to the idea of giving players the tools to figure out their own solution, rather than having me prescribe a solution for them. Players are smart if you give them permission to be. The only thing I can think of here is if it successfully hits a couple times, it overheats and has to rest, leaving it open for attack.

Of course, if it manages to kill any pcs, it will pin their corpses to the dead trees surrounding the ravine.

Anyway, feel free to use this idea and add your own additions below, I’m just looking to get inspired.

Fun…read Lon and my take on umber hulks. Stat an Umber Hulk Boss Fight in 10 minutes...Go!

As to weakness…nets, not too many hearts. Drums or bells PCs can activate remotely…strings, rocks, arrows…wind chimes.

Gets 3 movements…moves far in the air.

Attack is actually a grab, with Str save to have a limb free…creature flies, grabs, flies drops target and flies.

Is actually a spirit totem so is summoned by a shaman with a willing sacrifice. It only eats the eyes and hearts of its victims.

Attack strategically, unless shaman is injured…then it comes down and try’s to protect the summoner.

If done right, PCs flee first encounter, come back better prepared, but then encounter a twist…like the shaman…casting hexes, and or other types of spells limiting the PCs movements.

Anyway just some ideas to get you off your speed bumps!!!

Ack, further thinking…it attacks only after 2 hearts of noise…you track per PC…so at 2 hearts…first PC goes for a ride…shortly after that it will be attacking every round as the PCs all hit their 2 hearts of noise.

Kind of useless mechanic, but keeps you honest, targeting first targets randomly, but based on player’s actions.

This sounds fun. It might be an option to ramp up the fear by having piles of bones at the base of trees at the outskirts of this valley, from long-dead prey that have fallen from their impalement. Only the more fresh kills are still hanging from the trees.

I can also see the barbarians shooting darts or arrows with small bells attached: they hit the victim and make the victim make sounds while they try to remove the bells. Maybe the shrike zeroes in on those victims over other sounds.

As for the shrike itself: does it need to keep fighting after it gets its first kill? Or its second? How much food does this thing need to save?

Is there a scent that drives it away? If the party wave flaming torches does it retreat?

As for its turn: with all those hands it has to grab. I’d say on a successful grab it launches into the air and drops the victim, shaking them up and making them easier to impale on the second grab.

While it has a victim grabbed and in the air, one or more of the hands wrench free any items. The shrike is always looking for things to add to its nest. Victim rolls to randomly lose one equipped loot.

It’s blind, so maybe a second attack on its turn is to let loose a bunch of feathers or something to create a distraction against sighted creatures.

Thanks to everyone’s advice on this thread. the session went great, and the ideas helped. I’ll be posting the session in my Exiles game log by tomorrow.