MEKKA , a world primer for use with the ICPRG core rules by Runehammer Games ©2018.

What if the Roman Empire found giant powered armor-like mecha? They only know how to repair some of the parts, others are magic to them. Do the armors have a “soul”, maybe of the heroes who have died in them…

What if the great Greek heroes were actually named after the pilots of these mecha? Roman heroes like Marcus, Evander, or even Hercules. Same for the other factions as well.

This is an alternate earth world history… Maybe this is why the coliseum is so big; why Mayan pyramids are so tall; why the Chinese built the great wall.

It is recommended that the players all start as ROMAN citizens, but there is no reason they cannot be heroes from other civilizations of Ancient Earth. You are aristocrats, soldiers, or royalty of the empire.

You have been chosen to pilot the great MEKKA. Choose a story that expands on your great deed. Here are some examples:

During the Third Punic War (149–146 B.C.), the Romans captured and destroyed the city of Carthage, making a section of northern Africa a Roman province. Sometime thereafter the Romans found, hidden in AbuSimbel temples [huge 3,000-year-old temples to Ramesses II], a set of giant armored suits of unknown origin.

The Berbers called them ‘iMazighen’, which interpreted to say, “mechanical men”. The armors were later dubbed “Mezga” by the common people’s slang; only to be named MEKKA by the Roman Empires royal academics.

The names of Greek legends were later revealed to have been the same names inscribed on the inside of each of the cockpits of the individual suits. An armor for each of Rome’s greatest heroes.

When a Quetzalcoatl (giant feathered serpent) attacked roman soldiers near the ruins of Carthage, the Roman Mekka, ACHILLEUS, was revealed to the populace in a spectacular battle that raged throughout the countryside. The Mekka defeated the great beast, but now the secret of Rome was revealed.

Where did the Greeks get such technology? How could they have fashioned such wonders? Maybe they were gifts from Mars, the god of war? Are there more MEKKA yet to be discovered? Why were they hidden from the world? These are the questions that followed in the months afterwards.

NOTE: The Gigantic Rules from Hard Suit could easily be added to the system presented below…

Pedestrians do HALF damage against VEHICLES.

VEHICLES do double damage against those on foot.

IF a CHUNK is reduced to ZERO HP, its destroyed. Remove any ability or weapon associated with that CHUNK. Use a roll to choose what CHUNK, unless the attacker is TARGETING a specific CHUNK.
(Random MEKKA Location 1d6 = 1 Body, 2 Left Arm, 3 Right Arm, 4 Left Leg, 5 Right Leg, 6 Head.)

USING CHUNKS: For each desired function, STAT boost, WEAPON, SPELL, or ABILITY, assign it to 1 CHUNK. When taking damage, assume it is taken, in aggregate, 1 CHUNK at a time. ie: take 10 HP damage, 2 CHUNKS are destroyed. Use a simple die roll to decide what CHUNKS take damage.

BURNING POWER: Using MEKKA ARMOR takes energy. Use this onboard fuel just like SPELL BURN. i.e. 4 ROUNDS of actions, roll to recover for 1D4 ROUNDS. (No Shooting/Fighting, CLOSE Move only, while in RECOVERY MODE) Mitigate this limit with a fuel pack (1 CHUNK, escalates limit by 1 ROUND, 5 rounds of action for each fuel pack).

OVERCLOCK actions by burning extra fuel. Double a WEAPON’s damage, move DOUBLE FAR or the like with an extra ROUND of fuel used.

ABLATIVE ARMOR: Each CHUNK of ABLATIVE ARMOR grant +5 HP. When CHUNKS of ARMOR are destroyed, the suit will need repair. This means suit ARMOR steadily reduces during combat. Only when all ARMOR HP are destroyed does the Armor shutdown until repaired.

SPELLS: 1 SPELL can be equipped as a CHUNK. Use it as normal, roll to cast, etc.

CRITICAL DAMAGE: If a suit takes 10 or more damage in a single hit, 2 CHUNKS are destroyed and the suit is totally immobile for 1D4 ROUNDS, or until repaired.

UPGRADES: Add CHUNKS to a suit at a garage or hangar with 1 roll per CHUNK. This is only important if upgrading in MOMENTS or during combat.

REPAIRS: Repair with an INT roll, doing BASIC work on a CHUNK of your choice. Use tools or a Power Armor Repair Kit (EASY/WEAPON) to improve the roll and EFFORT.

SOCIAL STATUS: Anyone wearing POWER ARMOR is generally perceived as wealthy, military, or royal status. This can be used to great effect in populated and rural areas.

One weapon OR one ability can be attached to each chunk.

Every time it’s hit, damage is taken to the Torso, or you can roll a d8 (8 being a head shot) to randomize.

Handheld weapons or equipment allow for an additional weapon, or component, to be added to each ARM/HAND. For example, a Roman Armor known as ZEXSIIS has 2 Missile Dart Launchers mounted to each arm. He can also hold a large sword and large axe in each hand in addition to the launchers.

The average MEKKA is 12 feet tall and weighs 600 pounds.

A note about scale: All scales for range are doubled when piloting a MEKKA. For example, NEAR in human scale is 30 feet (1 pencil). NEAR in MEKKA Scale is 60 feet ( 2 pencils). So ACHILLES spear, when thrown, would be NEAR within 60 feet (2 pencils) and FAR from 61 feet up to 120 feet (4 pencils). This is more important when playing with miniatures then on a VTT.

The GM is encouraged to use any other Egyptian, Chinese, or Mayan Empire armors as major NPC’s and Foes.

Cleopatra Thea, ruler of Egypt, was a sorceress who made a pact with the ancient spirits. In return she was given use of powerful MEKKA. One for every 10,000 slaves sacrificed. As ruler of Egypt she used the MEKKA to invade and enslave much of the surrounding kingdoms. Her romantic liaisons with military rulers, as well as her beauty and powers of seduction were only equaled by the power of the MEKKA.

The discovery of the Greek MEKKA by the Romans started a power struggle that the Egyptians wanted to win. So they unearthed the locations of other MEKKA buried in the desert. Within a short time, Cleopatra had the other nations fighting for resources and power to stop her reign.

The great pyramids stand as a repair and refueling stations for the great MEKKA of Egypt. Her many slaves make quick work of any repairs needed to continue her conquest of the Roman Empire. 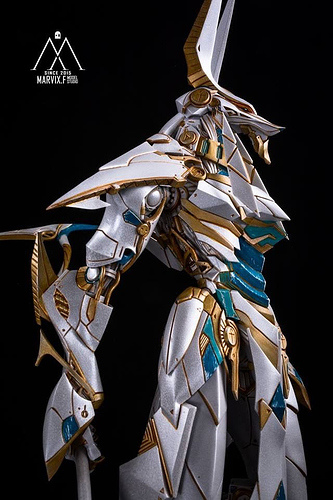 A powerful magical element called Black Glass fell from the sky and drove many Egyptians’ into madness. The alien infection covers one or more of its hosts limbs with black glass scales. Once the infection slowed, Cleopatra was mad with spreading its control over the empire. Driven by the alien intelligence plaguing her people. To her surprise the Black Glass communicated with her. Showing her locations of the MEKKA in the desert. 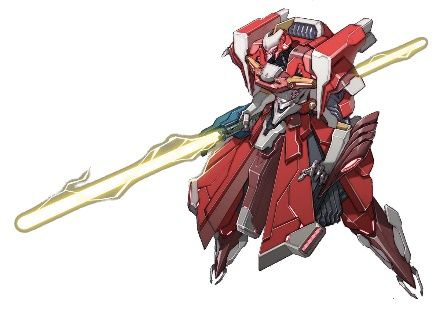 The Han Dynasty is said to of have been one of the greatest empires of the world. The emperor was instrumental in creating the “Han society”. He presided over the government of shared power with the nobility and appointed ministers.

These kingdoms gradually lost all vestiges of their independence, particularly following the Rebellion of the Seven States. From the reign of Emperor Wu (r. 141–87 BC) onward, the Chinese court officially sponsored Confucianism in education and court politics, synthesized with the cosmology of later scholars such as Dong Zhongshu.

It was the discovery of Emperor Han’s greatest secret that changed the power struggle in the Chinese empire. Han had discovered numerous Mekka hidden in caves of the now Mongolian steppes. For half a century the Chinese did not know what they found until one day the Mekka became animated after a large loss of life during a battle which defeated the Xingu. Little did they know that the Mekka were storing the souls of the dead until enough energy to restore them was generated. Emperor Han followed the cave into a vast underground network beneath a large mountain range. There he discovered ruinous powers that have granted him control of the Mekka and given him immortality. But at the cost of thousands upon thousands of Chinese lives. 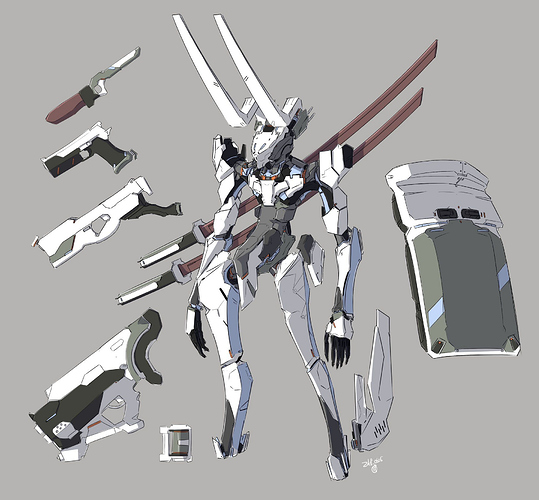 Emperor Han bound the spirits of ancient heroes from Chinese folklore in the Mekka. He controls them thru magical slavery. If they harm him, they too will be harmed. If they kill him, they themselves will be destroyed.

Teotihuacan was one of the most remarkable cities of the ancient world. It is massive, densely populated, and well organized.

Teotihuacan is the 6th largest city in the world (after Constantinople, Changan, Loyang, Ctesiphon, and Alexandria). It’s believed that the population was up to 200,000.

The feathered serpents, known as the Quetzocoatl, have been the ally and friend of the Maya for millennia. They not only defend them but grant those deemed worthy full access to Mekka.

Long ago, an Maya hero, Xochitl, rescued a Quetzocoatl. As a reward, the beast granted them the eternal protection of his people for their entire existence. The Quetzocoatl have lived amongst the people of Teotihuacan and the Mayan empire ever since**.** At least, that’s what the legends say. They lived and worked in the Sun and Moon Temples for an eternity.

In the temples are the great secrets of the Mayan civilization. Suits of smaller but powerful MEKKA. (8-9 feet tall/900 lbs.) They were gifted to them by the Quetzacoatl. The MEKKA grant the Maya greatest warriors an incredible resilience. The Mayan people hold the MEKKA as sacred. But with rumors of invasion and other MEKKA having been discovered in other lands, the time for secrecy has ended. They must defend their lands from the invading MEKKA, or lose their lands, people, and the beloved Quetzacoatl. 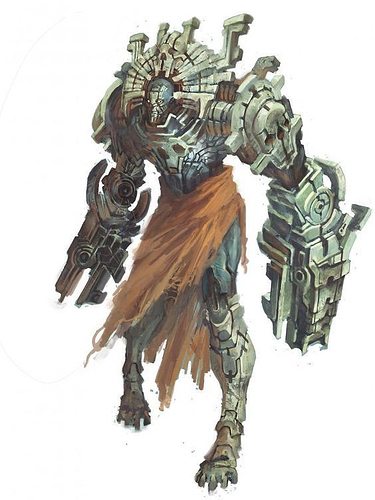 1 for each Faction. For use as a quick start character or NPC.