I was inspired by @James_Horn and his “Session in the dark”. The mapless maze maker that @Runehammer built for the Moloch game blew me away. It was exactly what I was looking for. I took some notes, did some play testing and then some homebrewing, ate a taco…then played some more with my kids. Here is what I have so far. Check it out.

Mapless Maze Maker Based on Runehammer D6 Maze Generator If you are looking for a quick way to play or teach the game or even just play by yourself this might be just what you are looking for. Start with a tile at the edge of your board. Using a D6... 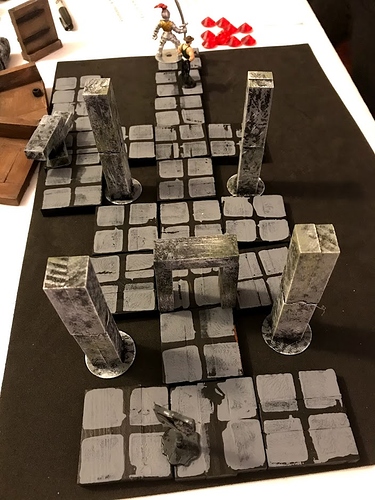 Nice write up man, the community will make good use of this I’m sure.

When I used this great room design, I had a few story elements I would just insert into dungeon as seen fit.

Like in my ruins I ran the random maze maker but had statues that housed spirits that when interacted with would retell the fateful day when the temple fell into ruins. The players would roll 3ish times then I’d drop a statue.

Everyone should give this a try if they haven’t already. Good stuff here.

Yes, dude! This is fantastic!

Has anyone tried a maze with a hazard chasing the PCs? I’m thinking of doing this for the Munson Mine in Ghost Mountain. The PCs enter the room, crossing one of the rickety bridges over a pit. Suddenly dynamite goes off deep in the earth, and the PCs hear gangsters a few rooms over hootin’ and hollerin’ in triumph. A moment later a geyser of liquid fire with confused skeletal souls in it bursts from the pit and starts flooding the room. They have to go through the maze as the viscous fire pursues them.

@DMChef, this is really cool. I found this post the other day, read through your doc and watched the referenced @Runehammer video. I thought it sounded cool for generating a maze to use in a normal session, but then I wound up using it for a GM-free Hogwarts dungeon crawl with my daughter today. She really wanted to play today, and my wife and son didn’t, so I figured it was worth a try to see if we could play together. We just rolled for everything - maze, monsters, loot, and worked our way across our kitchen table to get to Dumbledore. So there wasn’t much in the way of a narrative, but still fun.

We just used blank index cards for the tiles, which worked fine, but I’ve got to say I’m starting to get interested in crafting. We’ll see.

One thing we ran into, where I bent the rules so we could keep playing… Early on, we had a couple bad rolls in a row, and we wound up with nowhere left to go - every path was blocked by a dead end. I decided we could turn around and “try that hallway again” or whatever, and it didn’t happen again. It was fine, but I wonder if there’s mechanic for how to handle that, rather than just hand-waving and re-rolling.

That’s fantastic. I have a 6 (almost 7) who wanted to play and this was a great way to do it. I LOVE your Harry Potter ideas. I might do that as well.

As far as the problem you ran into, yeah it’s not a perfect system. I have gotten trapped a couple of times too. I think that is a good opportunity to throw in a hidden passage way or secret door, portal, a tile that breaks way and you fall into the lower level.

Thanks for the kind words.

Good ideas with the hidden passages, etc. We didn’t actually even do any rooms or anything today, just a tunnel maze. Lots of ways to expand this in future sessions.

Well if you decide to do any Harry Potter stuff, I’m happy to share my Google doc and spreadsheet, where I’ve been trying to build up the monsters, spells, loot, etc. There’s not a ton there yet, and I’m new to TTRPGs, so I may be doing some things oddly… so any ideas would be great to flesh it out. My daughter’s the same age - 6, turning 7 in May. Having her say, “Daddy this is so much fun” is all the encouragement I need to keep it going.

Having fun is what it’s all about and that is the only rule when it comes to playing Tabletop.

I would love to see your google doc. As for crafting. I love that part of the hobby. I posted a dungeon kit that I built for my nephew. It was right before Christmas. It might give you some ideas.

I’m turning this into a solo/coop dungeon crawl/roguelike game right away! This is super perfect to test homebrew LOOT, spells, powers, and other mechanics but also to play fun little “dungeoning” sessions. @DMChef I first didn’t realize how cool this was when I saw it in your GM cheat sheet but now I’m hooked with this concept! Awesome…

Ok… So I tried this solo in roll20 (using my own ICRPG hacks/homebrews) and it was reaaally fun! My little mage left a trail of smoking flimes all around the dungeon lol.

A couple of house-rules/mods I used with it:
-Near is 3 squares, Far is double.
-On player turn, make a MAZE roll BEFORE your turn, then take your turn.
-Resolve a MAZE roll by placing a tile in a place that connects with another tile directly (all 3 possible tiles fit withing a 3x3 square, dead ends are placed connecting to an existing tile). If a MAZE roll is a monster/trap/loot/portal then roll 1d4, 1, 2 and 3 require you to place a tile (each corresponding to a MAZE tile) and then place the monster/trap/loot/portal/etc. in the center of that tile. A 4 means that whatever you rolled is placed on you!
-Rolling “monster or loose loot” is a choice, sometimes you don’t want another monster so you give up a potion or dagger instead {sadface}.
-I use levels and EXP, so I get 1 exp for each monster kill, fumble or crit. Also ending the dungeon level is also +1 EXP.
-Since I use exp levels, room’s TN is 10+Higher level in the party.
-Whenever I roll a monster I roll 1dN monsters, where N is the number of characters at play.
-Rolling LOOT places a CHEST that contains 1dN (N=Number of Players) LOOT wich is Ancient if passing a roll of d20+lvl vs room TN, or shabby on a fail. Scoring a CRIT! gives EPIC LOOT instead!

Here be some screenshots: 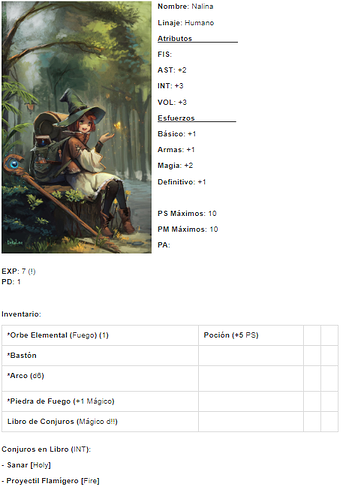 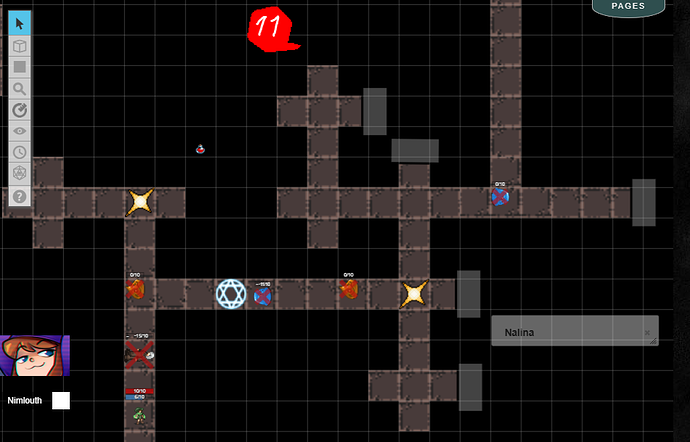 Just thought of this as an option for ‘dead ends’…sometimes when running maps in person, we may run into the edge of our mat. I say…PORTALS!. It could transport you to either an existing place on the map OR to a random location on an unexplored part of the map.

Nice technique.
I posted this a while ago, which goes over an alternative method to generate a dungeon based on rooms, or zones, rather than a corridor crawl.

I was watching an online review of Oath of the Frozen King, which is a kit to build your own adventure setting. It looks really great. The reason I post on this good day is to highlight the rather cool Dice Drop Dungeon Generator, which would work really well with ICRPG’s Index Cards or, indeed, a roll table. I feel confident in posting the example here as it is put on the artists website. [3-step-oath-map] As you can see it takes into account the position of the dice and the number generated…

That is a dope book. I love that generation tool as well. That is also my favorite RPG mainframe episode #16 - the interview with Absolute Tabletop.