In some settings magic is something that must be taught by a teacher or magical entity that bestows the knowledge of magic to the player characters.

I personally first saw this when playing DnD 5E as a warlock character that had a demonic patron that was the source of my warlock powers. I thought it was a neat concept during creation but later it hardly came up story wise, it was more like hey your level 5 and your patron is X so you learn this new spell. Cool, lets move on.

Or clerics even when you pray to your god or goddess and get your powers. For the most part the god isn’t communicating to you directly, your more like following its teachings.

So decided to start this project of making patrons that teach magic to players who communicate to them directly and have personality and goals the players help them achieve in exchange for new spells and abilities. 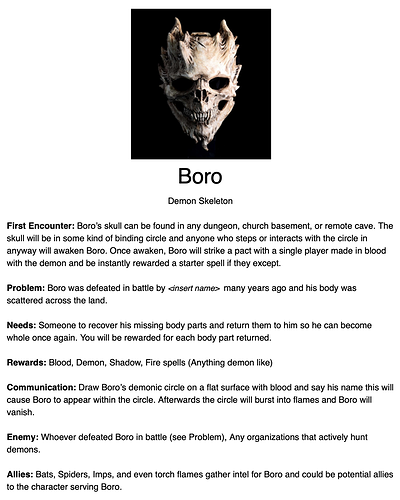 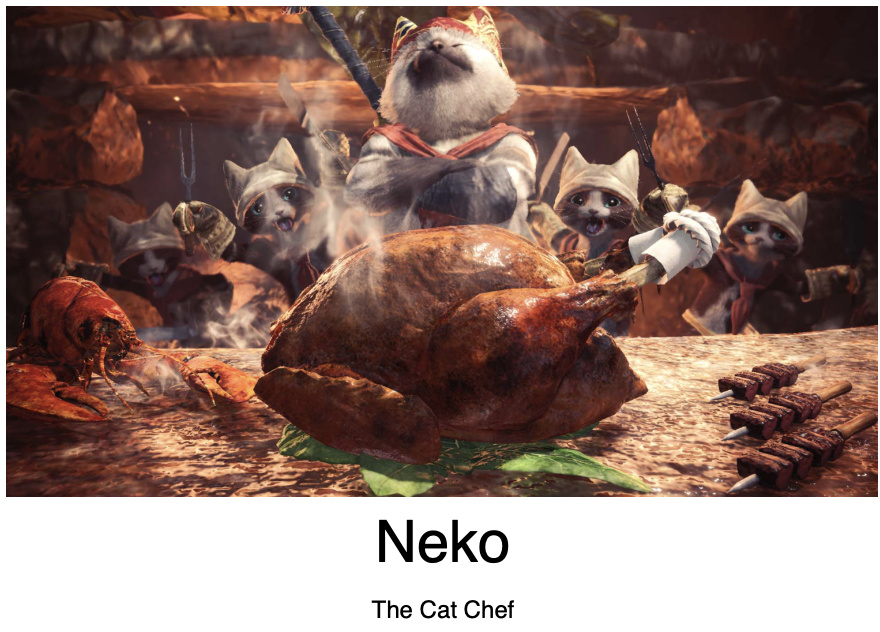 First Encounter: A stray cat that looks to be starving is found in an old abandoned building. If anyone feeds the stray it will transform into Neko the world’s greatest chef. Neko will be shocked in horror at the state of his once great restaurant and digs out and large cauldron from under the floorboards relieved it was still there. He vows the restaurant will be restored to its former glory and asks the player who fed him to help him do it as his new pupil. If they agree Neko will teach them how to cook a special brew that requires 1 RARE INGREDIENT to create. (See ICRPG MAGIC about RARE INGREDIENTS)

Problem: Many years ago Neko ran a restaurant named <Insert Name> that was popular amongst the spirits of the spirit realm who traveled across the veil to get a taste of Neko’s tasty dishes. Neko’s lover <Insert Name> became angry with Neko for <Insert Reason> and cursed Neko as punishment. He was turned into a common cat, everything he tried to eat turned to ash in his mouth left to starve for all eternity.

Needs: Spirit Customers will soon start returning to Neko’s and will request special dishes that require specific Ingredients conveniently found where the party is already going.

Communication: Go to any tavern and knock on the door in the special way Neko taught you and it will open into Neko’s restaurant. Upon leaving you will be back where you originally were.

Enemy: Neko’s ex lover who cursed him. He weirdly wants to get back with her. Talk about a toxic relationship.

Allies: Stray cats. Bring Neko strays the player finds and he will take them in as apprentices who act as waiters and busboys. No cats will go hungry under Neko’s watch. Cats can gather information and be allies to the player in some way. 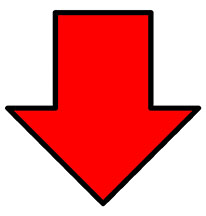 In the case of Boro, characters gain their spells by retrieving body parts? Cool! I can imagine a PC walking around with a fat sack full o’ demon.

“Whatcha got in the bag, nerd?”
“Ya wanna see?” Devilish smile.

I’m playing a warlock in a 5e game and, try add I do to involve my patron I’m usually greeted with “yeah okay, that’s fine” and we moved on.

Boro is looking for HIS specific body parts that have been scattered across the land years ago. The GM could have them located along the way of the player’s path. Maybe the goblin leader has a magic staff that is made from Boro’s spine that upon defeat can be returned to Boro for a reward.

Have fun with it, the body parts can be pretty much anything. Like a Leg could be at the bottom of a well, a hand could be dangling on a necklace around an ogre, or be simply bound in another binding circle anywhere.

of course you can do it however you please.

Chronicler of the Past

First Encounter: The party encounters a hag coven with their eyes sewed together. In one of their magical books (bound in a chest) is mention of Ylissa, whose spirit can be invoked by drinking a potion (which is also there). The next time the party member sleeps, Ylissa will talk to them and asks them to get as much knowledge on the past as possible. If they agree, the pact will be made and the player will learn a new MIND spell (level 3): SUBTRACT MEMORY.

Problem: Ylissa is not interested in anything in the future, but wants to make a chronicle of everything that happened in the past. Time is fleeting though and through all the ages she lived, she is slowly losing her mind. Her sister wants to kill her to ascend to be a Goddess of Time.

Needs: Ylissa needs the memories of strong and powerful people, to write down what they did. She wants you to subtract their long term memories with the spell. For the people the memory loss is only temporary, Ylissa explains, they will recover in time.

Rewards: TIME and MIND spells that can help the PCs in their ongoing quests and adventures.

Communication: Through visions when drinking a potion. When the potion is finished, it will be difficult to remake it, but possible. It takes 3 rare ingredients.

Enemy: Her sister Diaran, “Ghost of the Future”, hunts Ylissa for her knowledge on the past. Diarans followers are exposed by a ghostly eye on their shoulders. Should Diaran kill Ylissa, or the other way around, their knowledge can exalt them into godhood.

Allies: Some Hags, the Order of Memory (trying to find ancient scriptures), the Oracle-on-the-mountain.

Thanks for sharing @Seraphim!

I like the mirroring of Ylissa and Diaran and how Ylissa is losing their memory .

Lots of good RP moments will come from the SUBTRACT MEMORY spell as well. 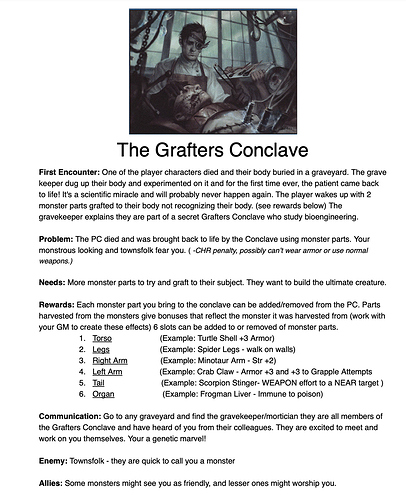 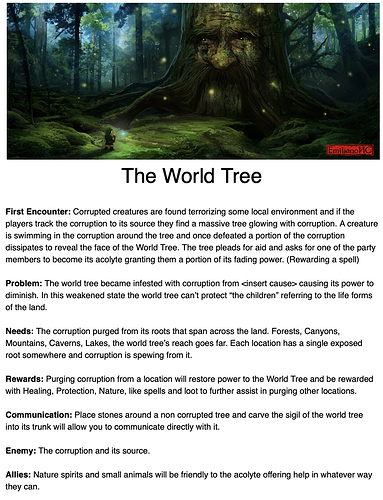 These are all very nice. Nice work!

They are lots of fun to make. I challenge the community to post some of their own.

Almost any quest npc with a problem can be altered into a patron. 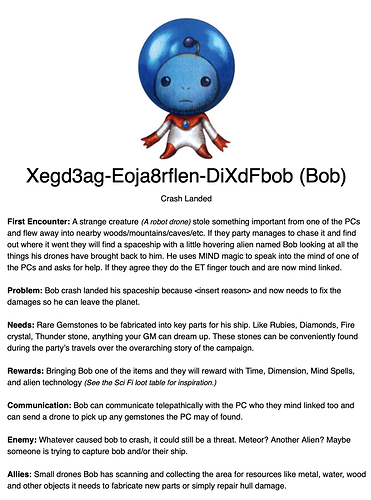 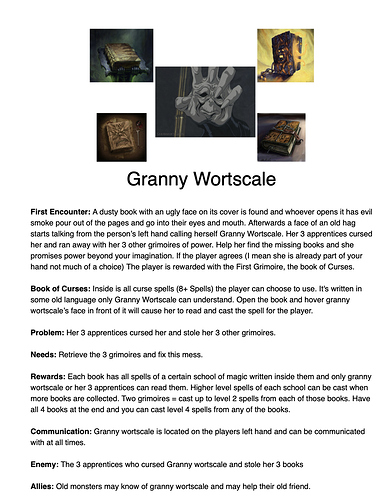 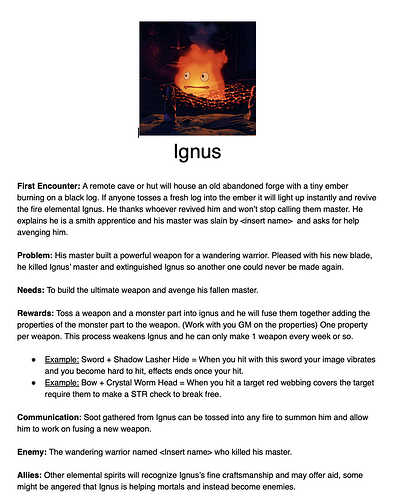 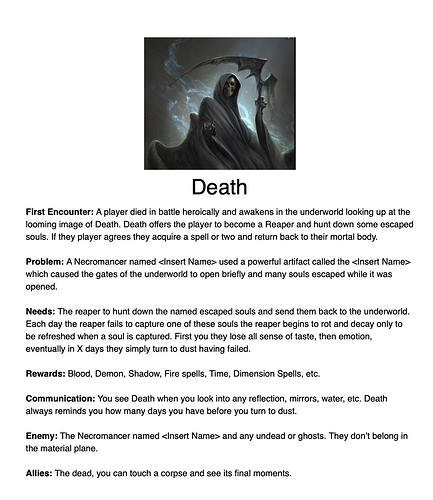 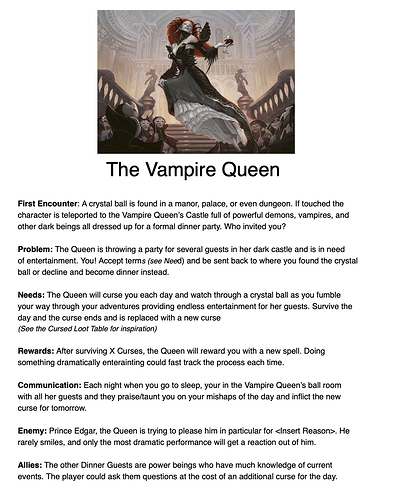 Have fun with the curse. There are tons of curse ideas online for curses. Pick ones that will be comical and problematic for the player. 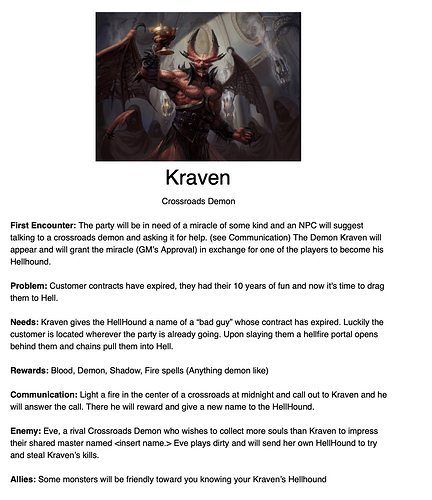 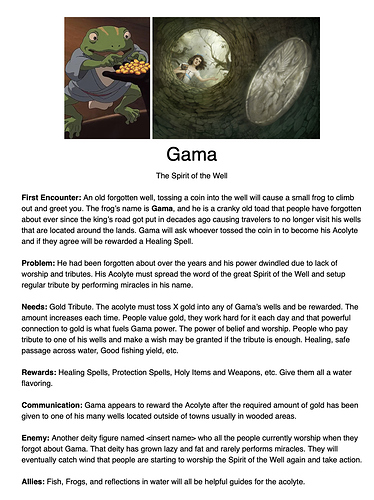 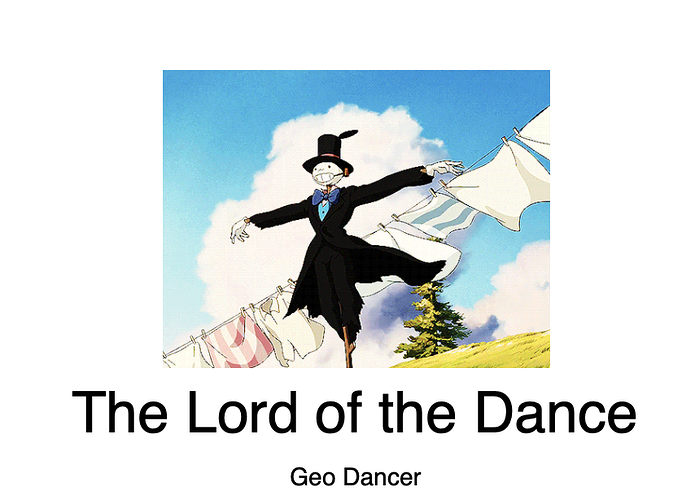 First Encounter: A Wizard/Witch/Druid or other magical character’s house located underground. The magical character was killed by <insert name.> Outside their house is a hatless scarecrow displayed in a garden with a hat on the ground next to it. If a player places the hat on the scarecrow it will come to life and introduce itself as The Lord of the Dance and begin dancing with high energy from upon its mast. The Lord of the Dance will ask for aid to the player who placed the hat on his head. (see Problem) if they accept they will be rewarded the magic hat that when equipped allows the user to substitute CHR for non attacking DEX rolls.

Problem: Was created by a wizard to protect their cave garden from pests by binding a nature spirit to a magic hat. Living a life underground left the scarecrow wanting to experience the surface world and all its amazing beauty it read about in his master’s books.

Needs: The PC to build a scarecrow on the surface during different weather conditions. Sunshine, Rain, Thunderstorm, Snow, Heatwave, etc. and then place the magic hat on top of its head so he can dance and take in the experience.

Communication: Create a new scarecrow using a pair of clothes and a vegetable for a head and place the magic hat on top. The Lord of the Dance will animate the scarecrow.

Enemy: Whoever or whatever killed his master must be brought to justice.

Allies: Crows, they are afraid of the PC and will aid them out of fear. 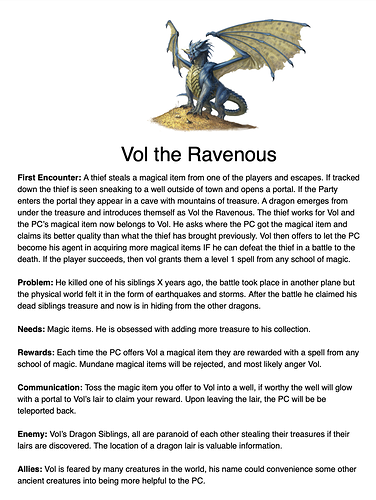 This one is badass man.

Shiva: The Lady of Winter

PCs are desperate and trapped In a blizzard on top of a great glacier in the northlands. The face of the lady will appear in the storm and blowing snow. She will offer to grant a boon in the form of a spell to a player in exchange for their help. Spell can be called Inner Fire or Eternal Warmth or something along those lines. One PC who agrees to help her will learn the spell that will make the player and all allies close resistant or immune to cold for 1d4 rounds.

The great glacier is diminishing rapidly. She will do anything to make it grow strong to return it to its former glory. She cannot leave this mountain but the PC can… With her help anyway.

The essence of winter. Magical essence of pure cold in the shape of a crystal, orb, or some other form that can be found throughout the land. They are harvested from ice elemental creatures who occasionally escape the the outer elemental planes where the planes of water and air converge. Mages and collectors seek these out for their magical essence that can be used for multiple purposes. They are also highly valuable.

After descending from the mountain, Shiva will appear one more time and teach the same PC how to call frost in a basic form by manipulating the moisture in the air and temperature. It will be enough to freeze water and a basic offensive cold spell like an ice dart or frostbite. If an essence of winter is gifted to her, the glacier grows and she becomes stronger and gifts you a piece of her power in the form of new, more powerful cold spells (cone of cold, blizzard, all the good stuff).

Drawing the face of the lady in frost or ice (can be made in water with the basic cold magic learned) her face will animate and the PC can speak with her. Essence of winter can be absorbed into the ice and sent to her.

Her brother, Ifrit. A djinn of pure fire who lives in a volcanic mountain near her mountain is her enemy. He wants the world to burn in volcanic ash. He seeks to heat the atmosphere so that he can lord over a newly formed land of fire. Once he finds out about his sister’s growing power, he becomes angered and will summon creatures of fire to end the party.

Northmen know of frost-callers from legend and lore. When they witness the abilities gifted by the lady of winter, they will do what they can to help the PC.

Thought your idea was awesome and had to give it a go. I Always liked a good fire/ice dichotomy and I’m a final fantasy fan.