New member here. I’ve recently gotten on the ICRPG train for the simplicity and I’m loving everything about it. For the past few years, I’ve been looking to make a free Legend of Zelda game for tabletop to capture the lore and feel of the games (especially the older ones like LTTP) and with ICRPG I seem to have found the system to do it with. Granted, this has been tried before by others to varying degrees of success, but with Hank being inspired by Zelda for the core concepts of the system he built, I can see easily going full circle with this.

Here’s what I’ve collected and am in the process of creating so far:

What I’d like to know is what others would want to see in a supplement like this, and if any further reading is present that i should do (like if someone is already making this)

Sounds very cool, I don’t what to add but I definitely want to play a Zelda game. Maybe add Rooms design from the Zelda game.

I do like that idea, room designs and target numbers should be easy to figure out as well from existing sources.

I hope when you hit an enemy he is automatically pushed back just like your PC? That’s super important to the series!!

I can’t wait to see what you do with this, the over world should be fun to travel! Work well!

Holy moly 60 enemies is a lot! If you had even 15 I think that’s sufficient.

I would like to see a few adventures in there that make use of Zelda style mechanics/dungeons.

I’m thinking dungeons that have areas locked until you can find the item/solve the puzzle/defeat the enemy that unlocks the next few zones. A battle world (is that the new term Hank’s been using?) map would be great for this.

I like it! Not sure how far someone should be pushed or what the distance should be, but I’ll work on it and see what I can make happen.

Holy moly 60 enemies is a lot! If you had even 15 I think that’s sufficient.

I would like to see a few adventures in there that make use of Zelda style mechanics/dungeons.

I’m thinking dungeons that have areas locked until you can find the item/solve the puzzle/defeat the enemy that unlocks the next few zones. A battle world (is that the new term Hank’s been using?) map would be great for this.

The enemy count is kinda inflated by the different variations of certain monsters (the 'blins have 4 variations alone, from Miniblin all the way up to Hinox, all with similar abilities and different heart values and stats), plus individual bosses. I’m sure that number will be cut down quite a bit by the end for things like peahats and Leevers along with other overworld enemies that are easy to kill, and have similar enough mechanics that they can be variations of each other, but you get the idea. the mechanics for creating them seem easy enough for me to hammer out a line of them real fast.

I absolutely agree with the use of dungeon specific items, puzzles and enemies to unlock new areas. i want to have it a bit more narrative than the games do, but as we know it’s all WIP. I appreciate the additions.

Can someone tell me where I find more info on this Battle World idea? i saw it in the errata section of the forum last night paired with a pic of LTTP’s world map and got curious. Was it on the forum or in one of Hank’s videos I missed?

In the Bearcats supplement. I think they’re more for virtual tabletops. You might be able to get them to work for home games though.

Oh also Runehammer did a huge 7 hour marathon drawing one!

You’d be able to use holes on almost every map: falling would become dangerous!
I’d say 5 ft. since the hit isn’t too strong in the original video games series!

Little update for everyone, I’ve been working on structuring this out along with my own dinosaur-laden campaign module (go watch the badassery of Primal on Adult Swim, my dudes!). I’ve figured out quite a few basic enemies, items, and the world guide, but I have a lot to do before i want to show anything off. Updates will come, and ideas are still welcome.

6 rooms or events per 4 hours for those new, 1 per 45 minutes for normal day to day.

Battle map is just an interconnected collection of rooms, the players can choose the order, but the GM can incentivize the choices. Don’t think of it over complicated. But monitor target number and don’t stick to the plan, be flexible.

Just chiming in to say this is great. If it’s playtest-able that might give me a chance to provide better feedback on potential gaps.

Sorry for the lack of updates, this has been on the backburner while I’ve been working on my own game system / a separate adventure module for ICRPG (as seen in my art on the other thread).

Cool news is the artist from Tales of Alethrion on youtube did some Zelda art for Inktober he called Linktober, and agreed to allow me to use it on this project, so that was super nice of him (not the first time those two have been righteous guys) and you’ll be seeing that in the doc once it’s done. In the meantime, i heavily recommend Tales of Alethrion if you haven’t seen it yet, a fantastic little story with some funky art.

Here’s the first video, though they get into some Tarantino shenanigans with the story later on, it’s a badass tale. 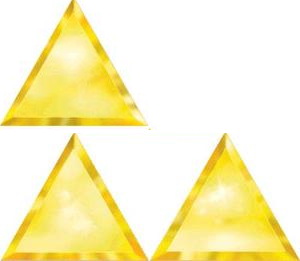 [fig. 1, my current state with the LoZ RPG]
Alright badasses, this is a call to creative action. I’ve sat on this idea for far too long. I don’t want all the glory, I want to see what the community can come up with, so since I’ve shared my notes with user Druggeddwarf (who asked with an incredible air of class might I add) I figure I want to have the whole community see what I’ve got and add what they think should be in it, as fellow fans of Zelda. Below will be the entire text, edited as best as I can do between work and sleep. this WILL be a damn mess, but that’s what ICRPG is about, making messes into something awesome. Grab a class, grab a gear, grab an enemy, a boss, and make something cool. This is for, and by the community now, as it always should have been.

The Legend of Zelda - ICRPG
Welcome heroes to the Index Card RPG supplement for Legend of Zelda. For those who have read the core book, they will know how well the mechanics of ICRPG fit with the ideas present in Zelda games because Zelda inspired it! Like the twisting timelines, I like to take these things full circle.

PLEASE NOTE: - this book is NOT standalone, and requires the Index RPG Core book (2nd edition) to play. Buy it, and support its creator.

Quarter heart enemies:
Some things don’t take much damage before being banished back to whence they came. Any successful attacks against these enemies will instantly kill them. Quarter heart enemies usually show up in packs of dozens and drop no, or very little loot.

Stun:
A character that is STUNNED by a successful attack with the STUN characteristic is EASY to hit until their next turn.

It’s dangerous to go alone! Take this.
Weapons and Items:
Common weapons such as basic swords and other weapons can be found in the ICRPG core book. All basic weapons and tools provided here provide a D6 of weapon effort toward any task. Applying points to your Weapon effort stat can increase their effectiveness. What separates weapons is their Tags, which tell you basic info on what these weapons and tools can do. That said, additional descriptions will be provided for more complex items. Below you will find Zelda-specific items.

Chu jelly: can be collected and refined in towns to create potions

Enemies and Bosses
*BY TYPE
Constructs

Bow: Far, shock arcing fire: if within range, the lynel can hit any target not covered from above. Any tests done to targets out of sight that it is aware of are HARD but possible, Weapon damage

Charge: the lynel charges up to far distance, and attacks anything in its way. Weapon damage

Weak point: any warrior brave enough to mount the lynel and attack it treats the attacks as EASY, and the lynel will struggle to get them off, for each of the player or lynel turns they are mounted the lynel will attempt to shake them off, doing an opposed strength check

I hope you have enjoyed, been perplexed by, or are hopelessly confused by the post, and I hope you latch onto something. I want to see this become real, but I can’t do it alone. Hopefully, together we can make something perfect for the Zelda name.

Hey ANTiGRAV! I’ve been fiddling with Zelda ICRPG things for, uh… since this thread happened.

At first I was doing my own thing, and then I saw your ideas and started fiddling with those, and then I stepped away again and went back to fiddling with my own stuff again, and now I think it’d be best if I just dropped what I’ve got for peeps here to see and look over, particularly you and your Zelda powers. Take a look, see what you think!

I think my LOOT tables could use more food items, but I’m working on that.

I plan on reading this when dad duties are done. I love the idea of zelda. There’s a zelda ttrpg somewhere aswell if inspiration is needed

Thanks for the interest! I’ve been working on my own game and a future project for the last few months, but i’m glad to see this garnered some interest. I’ll see what i can do to add to this between work and planning Friday’s session, but i’m glad i’m not the only one wanting to see this come alive.

There are actually about five Zelda TTRPGs, from Legends of Hyrule back in the lateish 90s, several homebrews for D20, It’s Dangerous To Go Alone (formerly Dungeons & Whatever), the 1d4chan Zelda RPG, and more recently Reclaim the Wild (which I’m on the mod team for! :D). So much good stuff to draw from.