Just got done reading Do Androids Dream of Electric Sheep! Was a great book and made for some great inspiration. Why I never jumped down the cyberpunk rabbit whole sooner I will never know but I am definitely enjoying it now. Off the start neuromancer! 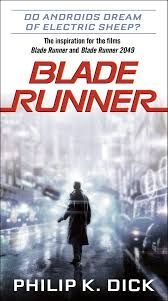 I’ve never read this. Neuromancer is great, though I do find the writing style to be bit tough but I’m Not even sure I could explain what I mean by that.

Thanks for the heads up. Do androids dream of electric sheep could be a little out there at times but I enjoyed the journey. Definitely recommend giving it a read or listen.

I found listening to both was so much easier. Also, gives what I think is ( what I now call) the anglo cyberpunk feel. Also, the book I found to be soooo much deeper and depressing than the movie Blade Runner. The title, is sooo deep in meaning. (Do androids dream of Electric Sheep? )

Altered State is more in the Japanese cyberpunk feel. A higher powered. A lot more heroic and much less mercenary.

It really is something different then what I have played. Akira, Ghost in the Shell and Appleseed would be better preparatory avenues I think.

I’ve watched Ghost in the shell again recently but Akira I need to see for the first time.

You’ve never seen Akira. Get on that.

Yep I’ve been meaning to watch it. I only just found out about Akira. I’m probably one of the more younger members here.

I thought it was fate because in a conversation with a group that I am about to start an ICRPG game with that I had today, I was telling them how much I love Do Androids Dream of Electric Sheep, but despise Neuromancer, I got through it. But I put that book down and picked it back up like four times over the course of a year before I did. I love cyberpunk, but Neuromancer is just such a trudge to get through.

Even Abodi above mentions how tough the writing style is. That is putting it lightly.

That said, if you love verbose over description the leads into arguably relevant tangents… maybe it’s the book for you. There is obviously a lot of fans for that style of writing, but I feel like it just doesn’t hold up to the modern expectation of story telling.

*Akira is okay if not showing of it’s age but a classic, Appleseed is good too - the 2004 movie is worth a watch for the music alone, which is lit - I watched it when it came out and still listen to that soundtrack on the regular.

@Paxx thanks for the advice on listening to neuromancer. Luckily my library had the audio book for me to get and I can already tell what you mean.

It tough right. Great story though and I actually like the audio book I’ve listened to that a couple times.