I have been running RPGs as library programs for teens and adults for about 2 decades. I even co-wrote the book on the subject: 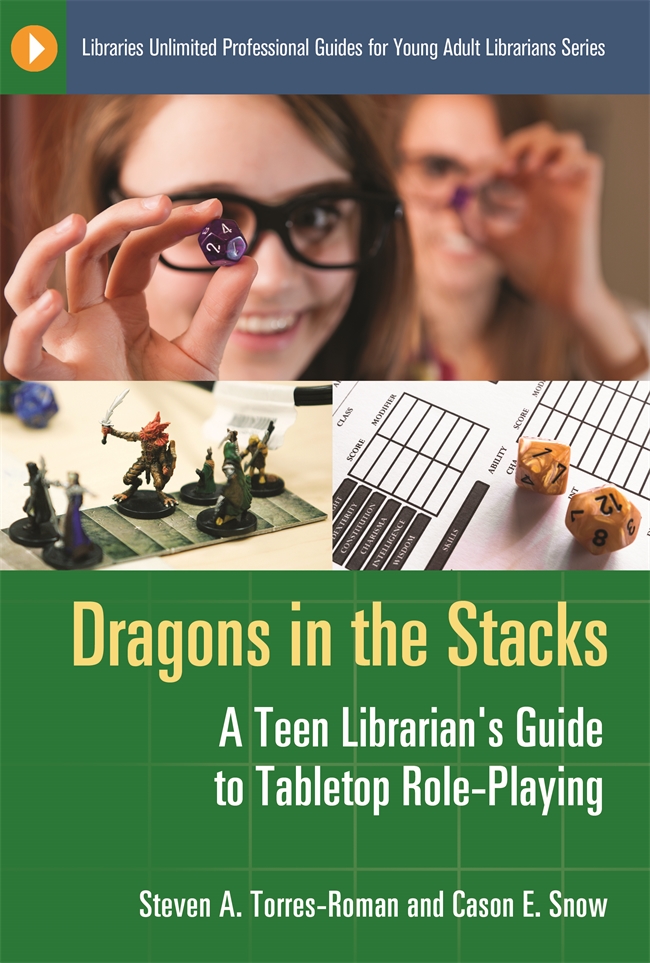 Dragons in the Stacks: A Teen Librarian's Guide to Tabletop Role-Playing

This book covers the entire gamut of information for librarians looking to incorporate role-playing games into their libraries—all in one volume.

I intend to use EZD6 for a new series of adult RPGs at the library where I work. I really enjoy EZD6’s relatively freeform magic system - it’s a great blend of utility, versatility, creativity, and risk. (I am also a big fan of Dungeon Crawl Classics, and I prefer the possibility of magic backfiring and arcane corruption.) EZD6 seems like a perfect system for teaching newcomers while having plenty of substance for experienced players like myself (4 decades and counting).

I was struck by the rules for scrolls, as the way scrolls work in the game suggests the existence of discrete individual spells in the implied setting, similar to D&D, DCC, and other fantasy RPGs. Naturally, I started wondering how one might model that style of magic in EZD6.

Standard lists of D&D spells are easy enough to come by - the RR can decide which spells are available in their campaign. Since spells are technically levelless in EZD6, the RR can pick whatever they’d like.

“Generalist” conjurors (as opposed to the “specialized” conjurors in the core rule book) would begin with 4 spells, either determined randomly or chosen by the player and/or RR.

Taking a page from DCC, I was also thinking of ways to give small improvements to cast spells depending on the Power Level. Specifically, if no ones are showing, the number of dice that show a number equal to or greater than the monster’s/defender’s spell resistance adds a bit of oomph to the spell. For example, if a conjuror casts “fire bolt” at a monster and one of the dice is a success (showing a number greater than the monster’s spell resistance), then the basic effect is achieved - the monster takes a strike. However, if for example the conjuror’s player rolled 3d6 and 2 of the dice succeeded, perhaps the target not only takes a strike of damage, but is on fire, causing perhaps an additional point of damage the following round and inflicting a bane on any actions by the target unless the target spends its turn rolling about or otherwise acting to extinguish the flames.

This is cool! If you wanted to encourage homebrewing spells, you could say the mage could build a spell from the words of the other spells they’ve collected in their book; I would add the caveat that the details of how the spell works should probably be worked out between game sessions. Also, if more successes add to the effect of a spell, perhaps the more 1s lead to more corruption?

I like the idea as well. A little while ago, I created a “hack” for EZD6 Magick System with individual spells and spell failure. I will post on the main page.

OH … I like that idea that multiple 1s on a roll might lead to more serious corruption. (Grabs a copy of the DCC spell fumble and corruption tables …). Thank you for that!

I do agree that there needs to be ways to learn more spells - one way could be just liberally sprinkling scrolls throughout the campaign, or figure something out for further study with player input. I like the idea of questing for particularly useful spells or ancient tomes.