My first homebrew class for EZD6 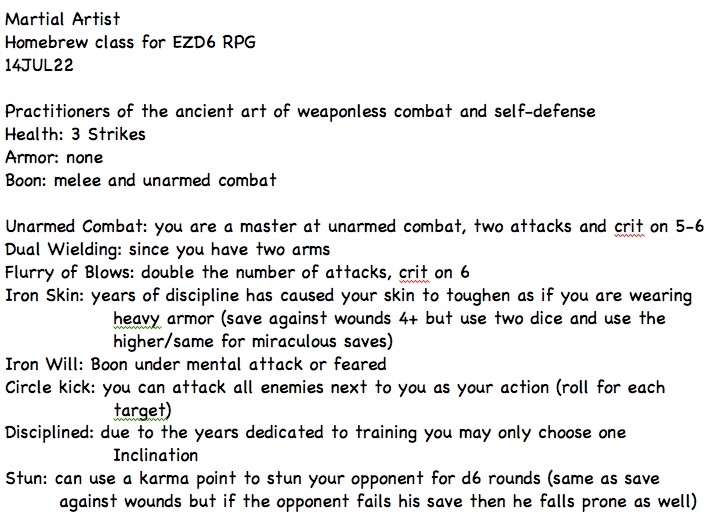 I like this. It is significantly stronger than other classes, though. I would suggest a few updates:

Armor: Iron Skin and Iron Will can be combined to: 5+ to Armor and Miraculous Saves
BOON: Melee (including Unarmed) and Acrobatics

Unarmed Attack and Dual-Wielding would act the same as the Warrior’s Dual Wielding: get an additional BOON, making it 3D6

Flurry of Blows could be: when rolling unarmed, you can take two successes as hits. (So 3D6 can have up to 2 hits without Crit. More with Crits)

Circle Kick is like SWEEP inclination, so leave the inclination choice handle it (since other inclinations would allow for cool MA warriors with potential magicks or miracles)

Stun: Karma point PER ROUND of the stun after a successful strike (Giving up 1 successful Strike [Allowing Crits to stun AND damage])