I compiled the features of the Sesheyan D20 Future into a character type for MICRPG. I organized them with features from the Obeah and wrote a few abilities to fill in the empty slots. I did that because I had a lot of spare time and I love this species a lot!

Thank you very much for reading! I hope that you will enjoy this and I cannot wait to read your comments!

WIND SPIRIT: CHECKS to move silently and hide are EASY.
CHIPPED & BRANDED: Voidcorp might not be aware that you have gone rogue yet, so you still have friendly contacts within the organisation. Chip implants allow you to come and go from some of the megacorporation’s installations, but someone else could use them to track you…
BORN AMONGST THE STARS: Unless your Sesheyan is wearing too heavy an armor, he can fly gracefully about a bit faster than he can hustle. In addition, as long as your character is conscious and able to use its wings it NEVER takes damage from a fall. It may take flight or glide safely to the ground instead.

OBEAH TOTEM: Your character gains the tag Obeah and may call upon spirits using Favor and a successful Charisma CHECK. You begin with 2 Favor and this selection of requests:

GIFT OF SERVICE: Whether it is a gold watch, a fancy pen, or something else, the little contraption exists to give you the approximative value of a thing and to indicate the person or group who would be the most interested in acquiring it. Your character gains the tag Corporate.
MEDICINAL HERBS: Can be prepared in a variety of ways to cure different physical and mental ills with a successful Intelligence ATTEMPT. 3 Uses, which could be replenished in abundant nature. Your character gains the tag Healer.

EVEN STRONGER: Add 1 to any STAT.
RISE ABOVE: Remove the Restraint from your character.
PRESERVE LIFE: After a “Don’t die on me man!” CHECK, whether successful or not, your dying ally jumps up with 1 HP on his own, unmodified 15+ CHECK.
SMELLS LIKE COMMUNITY SPIRIT: Replenish Favor and raise its total by 1. You and any other Sesheyan may agree to share your pools of Favor in a ritual for a request.
WARD TATTOO: On ANY unmodified ROLL of 15+ reduce the next damage from a single source by 3. The damage can not be adjusted to fall below 1.
REQUEST DEPUTEE: Invoke a spirit to perform a simple, physical task for 1 ROUND per MILESTONE ABILITY of the Sesheyan. Costs 3 Favors or a HERO COIN.
AMBUSH PREDATOR: After a successful attack against an unsuspecting character, that character cannot disengage your Sesheyan for a ROUND.

REQUEST GUIDE: Call upon a spirit to possess either the Sesheyan or a volunteer. The possessed being ALWAYS makes EASY ATTEMPTS and gains 2 HEART for the duration of the possession (1 ROUND per MILESTONE ABILITY of the Sesheyan invoking this favor). This favor is immediately cancelled if the target engages in actions that are in opposition to the character of the spirit. Costs 4 Favors or a HERO COIN.
SPIRITUAL DEEPENING: Your character gains the tag Obeah if he did not have it before and may call upon spirits using Favor and a successful Charisma CHECK. You receive 4 Favor and the selection of requests from the STARTING LOOT OBEAH TOTEM as well as these other requests:

(Imagine that I provide the stat block for the Swarm from CORE P.125 here. This is what I would do in a finished product.) 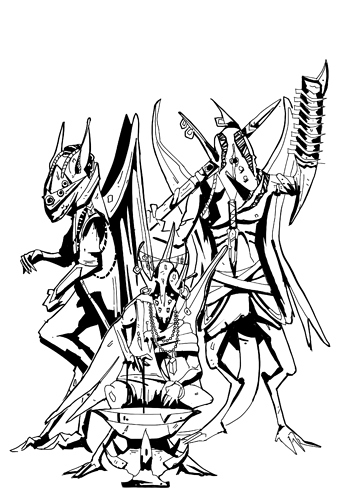 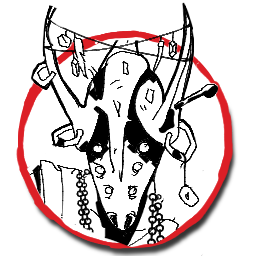 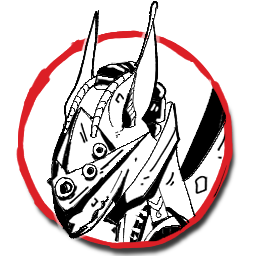 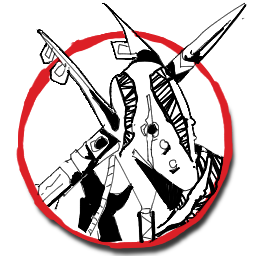 Art by our very own @Krzysiek_Jeczala ! Thank you very much for your awesome work!

Never use D20 Futur but the content of this book was huge and seems really cool. Glad you want to convert it to ICRPG. ^^

Not the whole thing, only the Sesheyans!