First session at the table with the Master edition!

Hi all,
I am so happy we had the first live session since the pandemic started that I want to share with the Runehammer community some pictures we took at the end of the table!

We wanted to play a comic adventure and… ICRPG master edition worked extremely well mixing all the worlds for the setting we have in mind!

The party decide to play a punk rock band with big dreams of glory but big depts as well, to help a child in her run away from home and to refuse a huge amount of money in exchange for bringing her back home.
We had a blast, so much fun that we decide to evolve this into a longer campaign! 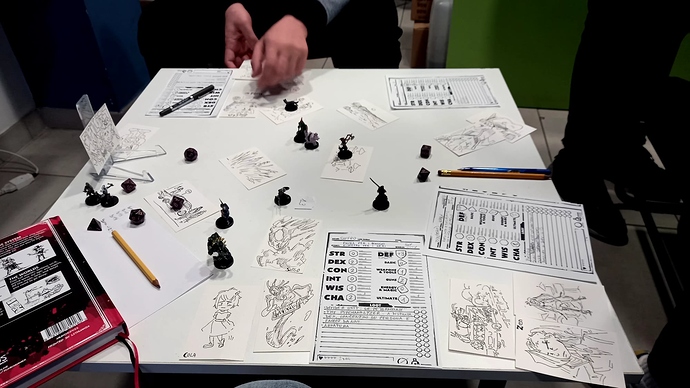 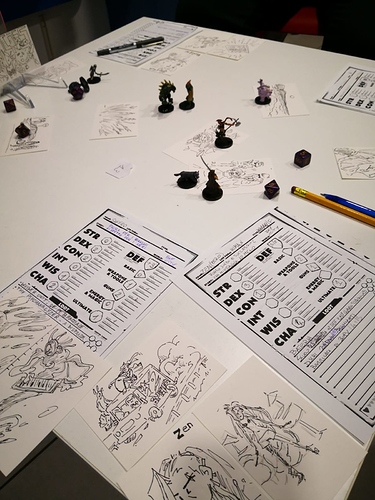 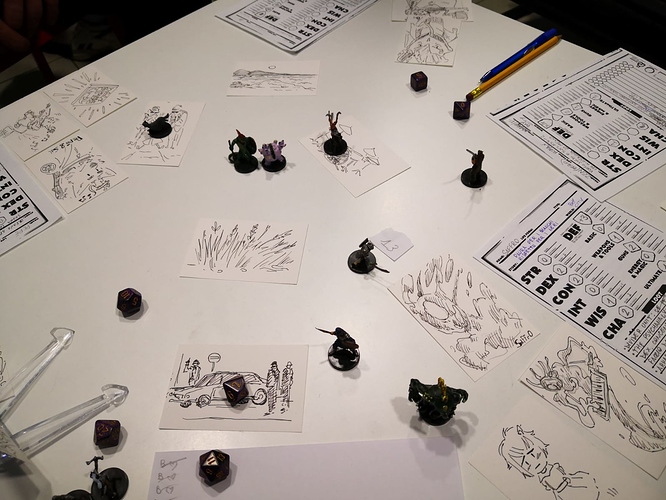 I am very interested to hear what the heroes faced in the punk rock fable - thinking about a kinda real street punk game is what made me look for nonD&D rules, which is how I eventually found ICRPG. I am playing a fantasy adventure first, but I still scribble about skating to save the record shop on the side.

Hi skuk, sure, I can keep you posted with the sessions’ progress as we continue with the campaign.
For this first session, I had to introduce ICRPG to my payers, do the characters and this sort of stuff.
We knew we want to have a light mood, in a world like ours but with magic and tech mixed with no real explanation.
As inspiration for fighting and tasks to the players, I will look at JoJo, Scissor 7 and Scott Pilgrim, Tenacious D or Kung Fu Hustle and other martial art comic movies which probably are the comics/series/movies that I can think closer to the mood we want.

More in detail, we mixed the content from the master edition from the different worlds. The players chose the life forms from warp shell, then two Bards (at Battery/Tank and Guitar/Fighter) from Alfheim, a pilot (at the Bass/healing) and a Xill Echo(changer) at the digital piano who will evolve as caster based on its ability to change form.
For equipment, I got stuff from every list, mixed and changed.

I was open to anything the player wanted to try, I didn’t plan far ahead and I just had a couple of options to start depending on what they wanted. What I knew at the beginning is that they were broke and that they will get the visit of a businessman notifying their evict. So they roll and get 3 days to pay the debts of being kicked out of their warehouse where they do music, a doom timer for them.

After that was up to them how they wanted to find the money. They end up meeting a teenage girl on a cliff, playing for her and discovering she was the daughter of the president of a huge television channel. A group of bodyguards reach them with a lot of money as a reward for rescuing her. But she was running away from the father and aske them help. so they refuse the money and fight the bodyguards to free her.
For the bodyguard chief, I took power abilities by the Vigilant City of superhuman speed and gave him a AI.

So, in my view, a punk rock fable needs to mix everything, not have too much sense, and reward self-destruction decisions with fun and epic. This what I will follow for this campaign