I’m working on an ICRPG - Alfhiem Campaign and I read about ancient tech so I came up with an item that I am having my players encounter while adventuring in old ruins near the Great Gorge (Western Khett).

The Guardian first appears as a large black stone laced in spell-etched runes. If the players place any YOG Crystal within the eye cavity the runes begin to light up as the large stone begins to hum. Once activated, the device opens up at the rear revealing space inside for an individual or two to enter and sit. The device’s arms and legs then extend as the individual/individuals inside begin to see through the black stone surface as if viewing through a heads-up display.

The Guardian is essentially a large YOG-powered Mech that was active in the First Age.

I was going to allow the party to fight a couple of Mega-Beetles to show them how they might defeat such creatures and have some fun with the blended genre that ICRPG is famous for. 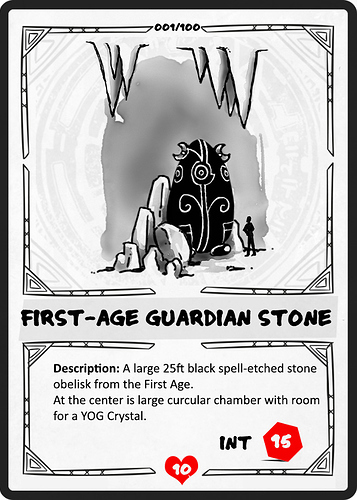 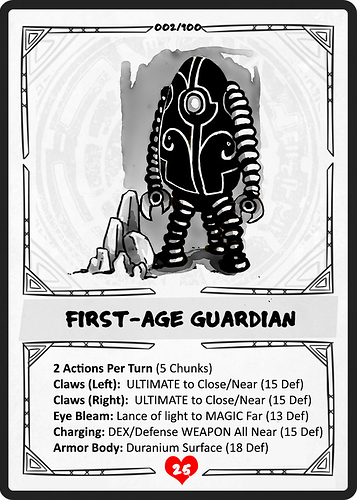 Brilliant, congratulations!
Do you have a recording of the game?
It would be illuminating to see it in action! It looks very professional!

I will be playing this episode this Friday. So I will report how it goes.

Here is an updated image of the 1st Age Guardian 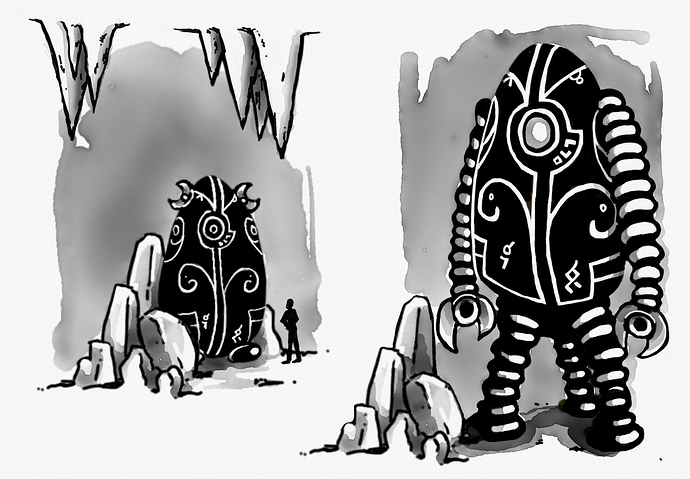 This is really great, I love the art and the card format!

That is so good! I may have to crib a little bit of that!

Here is an illustration that I am doing of the Guardian in action. This is just the under sketch but I will post the final art once I’m done. 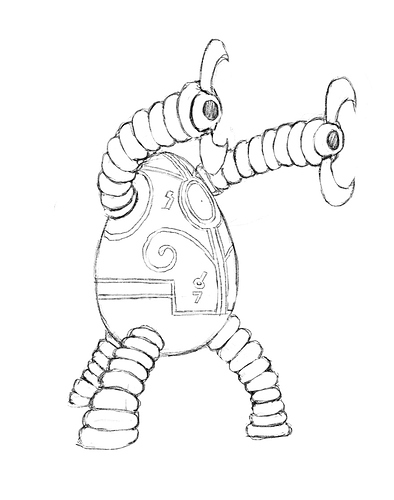 I you like, you can use it, in this thread there is a template, a fillable pdf, and a link what is based on.

Cool, thanks! I appreciate that. This is giving me some ideas…hmm 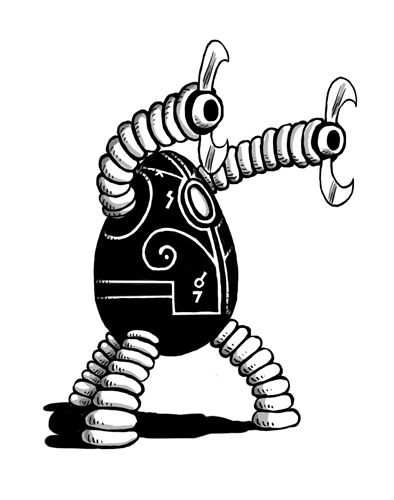 Oooo! It turned out really good with the shading! It’s got this really cool cartoony style that I like a lot. This is making me think of working more grey scale/ black and white…I’m so easily distracted with projects!

Keep up the great work!