After spending way too much time in the far reaches of unknown space, I have returned! … Some of you have been asking for links to my old primers and collections, so I created this one post to keep them under control.

This is an incomplete collection because many of the primers are unfinished or a work in progress. You will see many notes and ideas that I have added to almost everything. As I update the documents, I will update the links.

I hope it inspires everyone to play more games… Game On!

AETURNUM One of the great sleeper RPG’s of the last decade… and one of my favorites. Big thank you to the writer for permission to convert it! 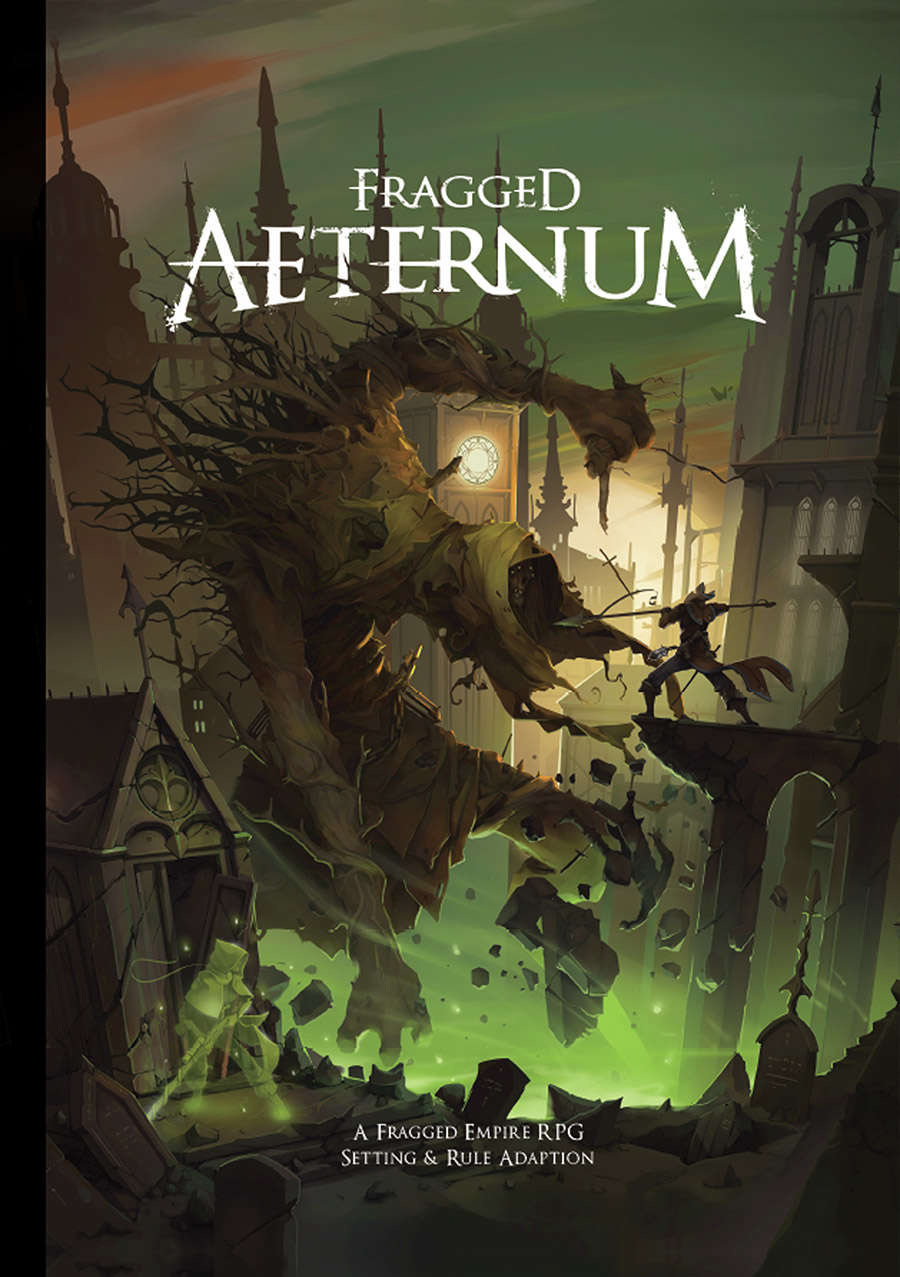 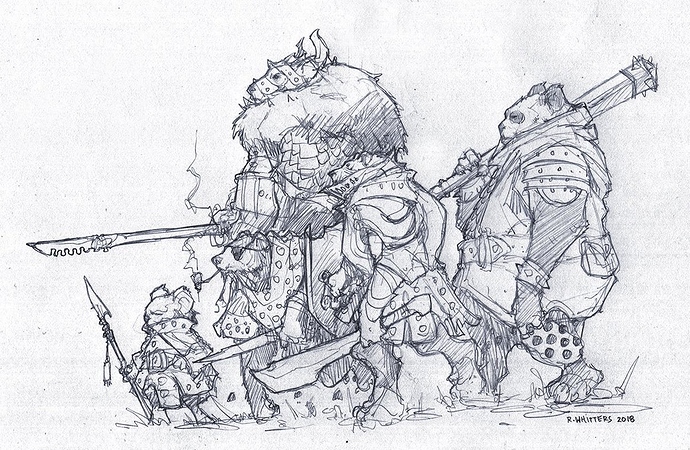 BPRD aka HELLBOY … a work in progress… 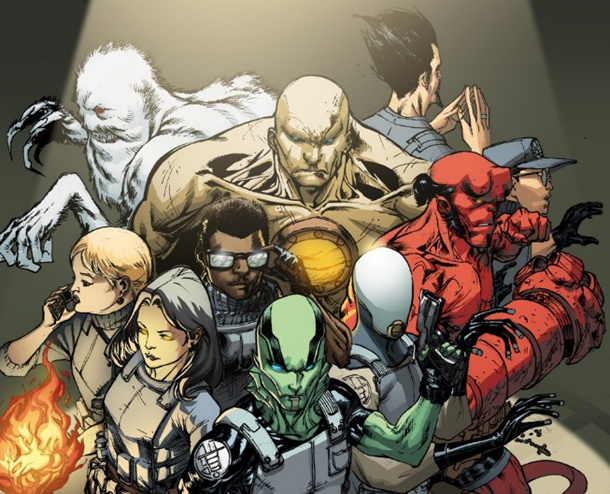 CHARACTER SHEET COMPILATION a ton of sheets made by the community 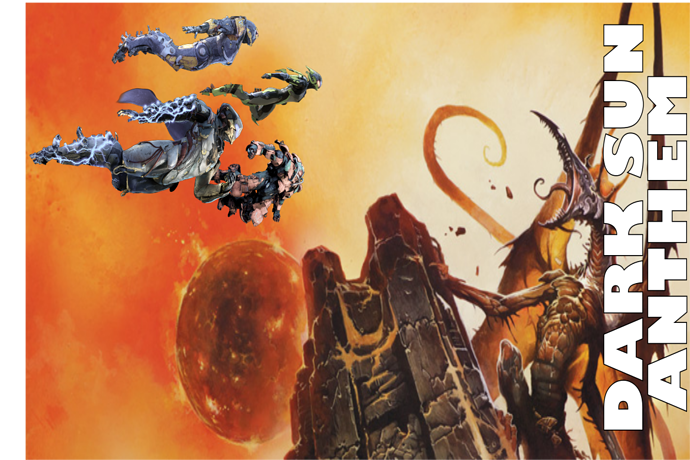 DARK SUN just a rehash of some old stuff; nothing new but reposting it for completeness.

DEGENISIS Nothing but post apocalyptic fun from a little known game studio.

ENDGAME ZERO from the anime movie of some repute! Can you guess which one?

Ezzerhardens Incomplete Collection V1 World Primers Many of the primers linked here are compiled into this one big book.

Ezzerhardens Incomplete Collection V2 Optional Rules Lots and lots and lots more rules and tools from the Google+ forums, along with other ideas myself and others have cooked up over the years. Includes the Monster Vault, Book of Yog vol.1 D&D Spells, Book of Yog vol. 2 Shadowrun Spells, and the Torton Book of War (torton weapons).

Ezzerhardens Loot Vault More loot than you can shake a starship at! 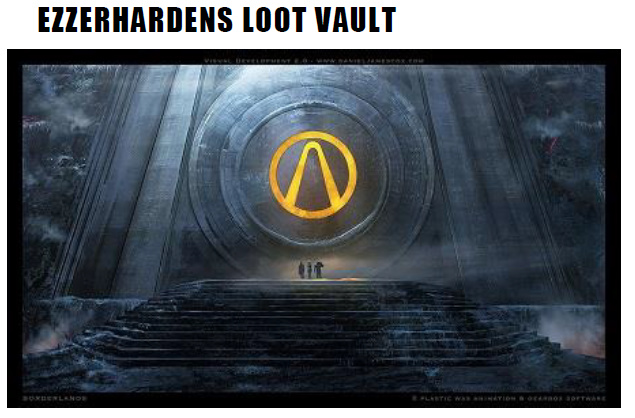 Freeform Magic Rules based on World of Darkness magic rules by Monte Cook, one page says it all… <poof!>

GAUNLET The wizard needs food! … most of the work done by @Paxx. 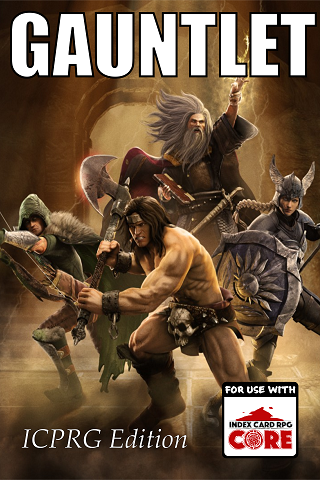 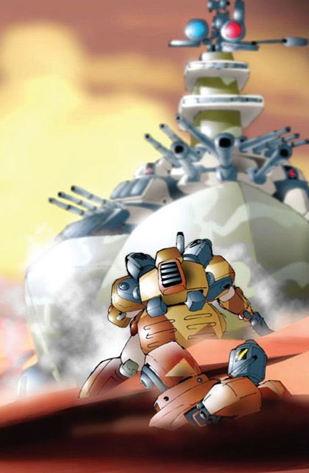 ICRPG Community Annual 2019 An infamous collection of world primers and community works for 2019. 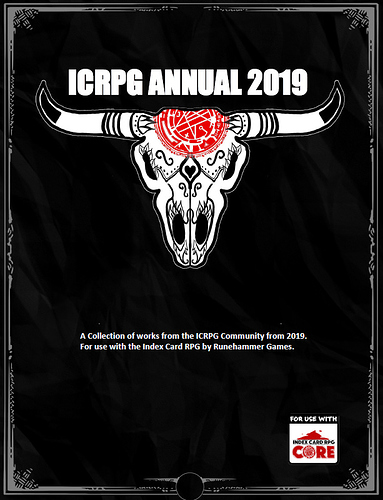 INIFNITY HEROES a homebrew of sorts based on art by Jake Parker. 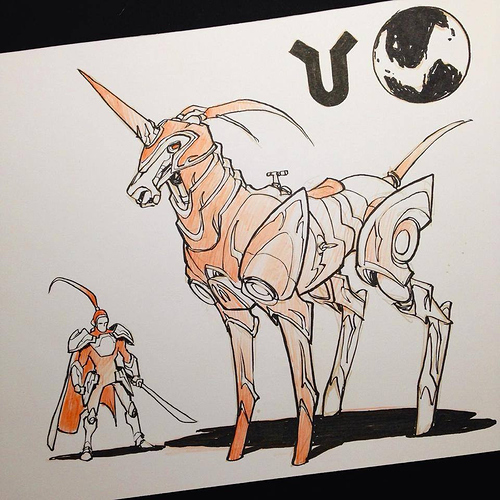 JUNGLE OF THE LEOPARD PEOPLE Indana Jones eat your heart out… Ezequiel Phoenix is the better man.

KYMERA more original work by yours truly! Guns that shoot money and Psionics…eek

LEVIATHAN A not so familiar pirate rpg.

MEKKA WARS What is the romans found power armor and used it in their wars?

NATIVE WORLD WAR based on the comic art of Fear Agent 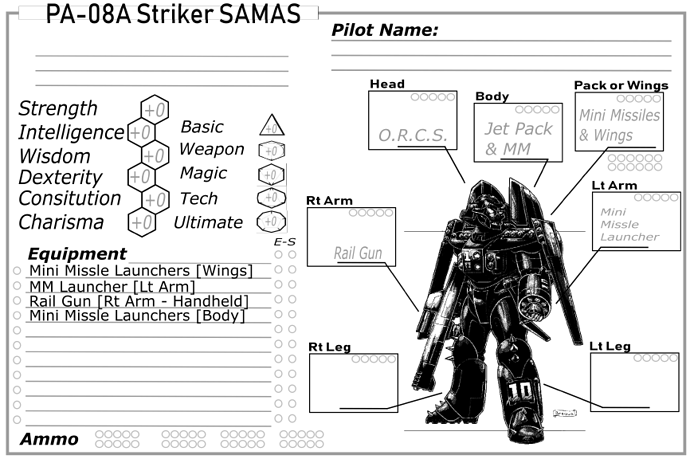 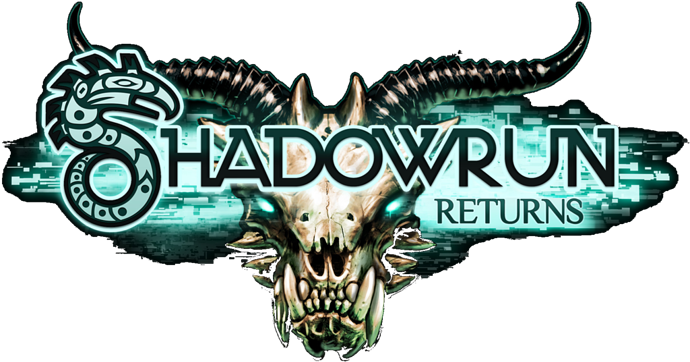 shadowrun-returns-cyberware-6.png1024x538 553 KB
Tag Catalog Various TAG ideas taken from the many discussions and primers posted on the forums.

TMNTORTONS – Way of the Ronin 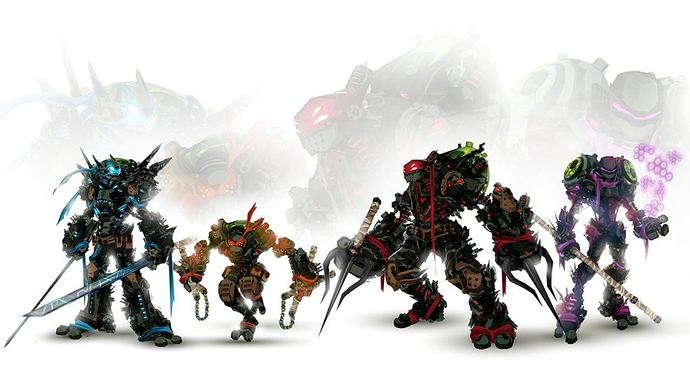 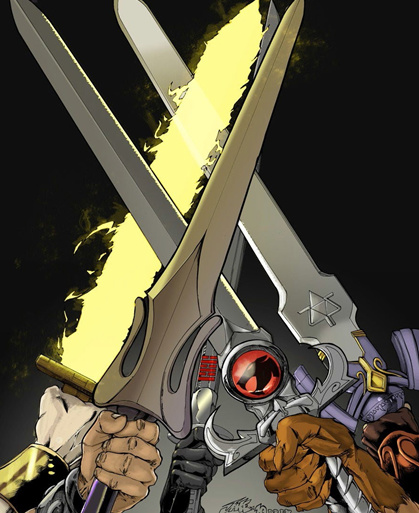 WARHAMMER 40k this is a big one. 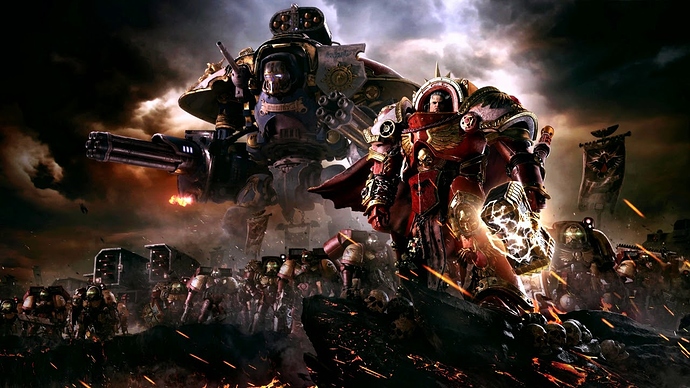 WINTER ETERNAL Another great game converted to ICRPG. Thanks to @Lon 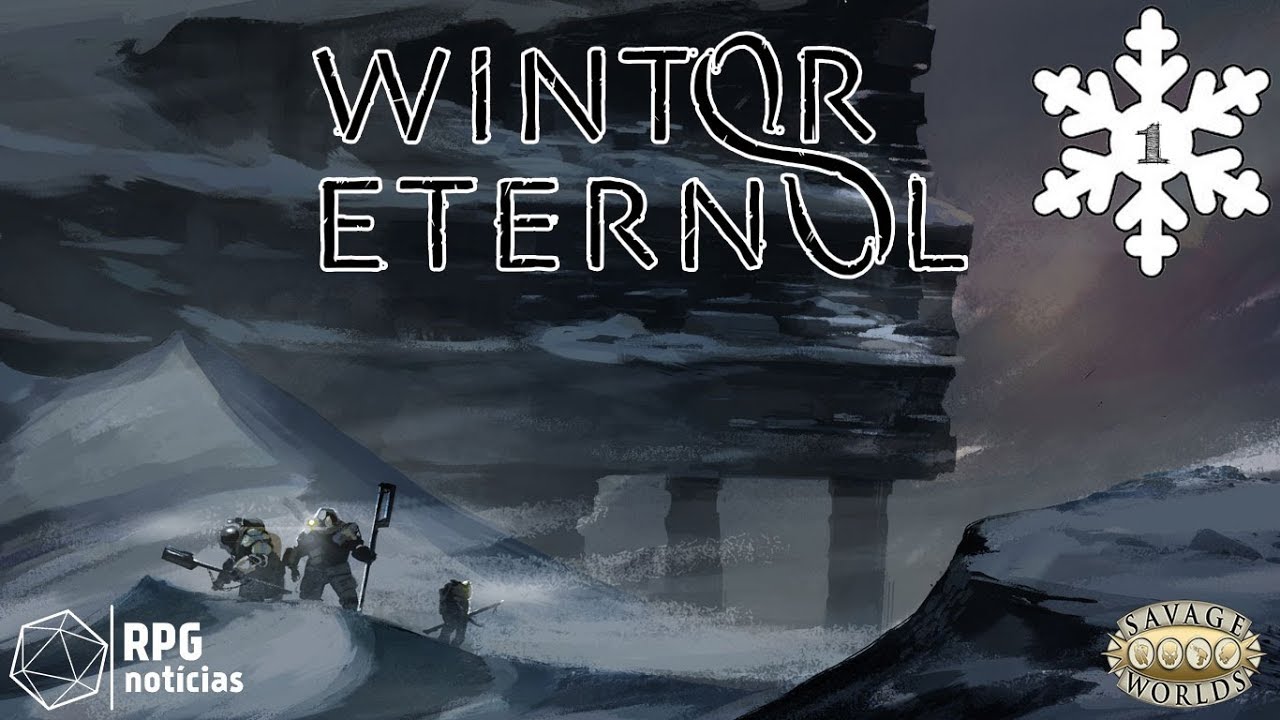 There are more to come… stay tuned to this channel.

So much material to look at. Thanks for your work in collecting, creating and sharing this.

Thanks… I hope there is something in there you like! … Game On!

Awesome collection! Your contributions to the community are a true treasure.

Also wanted to say, the video of Last Flight of the Red Sword (Blue Bananas!) and you cohosting alongside Gary on Threats, Treats, & Timers for The Murder Hobo Show are what drew me in to ICRPG. Thank you!

Added Freeform Magic Rules… based on World of Darkness by Monte Cooke … after some lengthy conversation with @Paxx regarding magic … one page says it all (I think) …Game On!

I’m not sure I quite understand the Freeform Magic Rules… But maybe it’s because I’m just getting into ICRPG.

I’ll just as my stupid questions and get on with it.

The thing I struggled to grasp was the example and cost part of it. What did the TARGET tag mean? I didn’t see it in the list on the right side.
Other than that, to see if I’ve understood some of it at least… To cast a freeform spell, you have to select which components to implement, which will add to the cost? So longer range increases the cost and so on?

What did the TARGET tag mean?

Target means 1 single target within range of the spell.

To cast a freeform spell, you have to select which components to implement, which will add to the cost? So longer range increases the cost and so on?

You got it! The more additional changes you make to a spell the more the cost will increase.

re: Freeform Magic … I am glad someone “gets it” cause it made my head hurt trying to pry everything into an ICRPG format that made sense… There are a number of components to spells that can be changed or added or even removed! … For more info on the variations allowed by the components, take a look at World of Darkness by Monte Cooke. The freeform magic rules are based on that freeform system of magic.