Hey there Shield Wall, I posted this on a Roll20 group, but I thought I’d put it up here too since there are so many who use Roll20. Hope you dig it:

A few of my players have mentioned that they have a hard time keeping track of space in dungeons, so they get a little lost. I also have a couple of brand new players, so I made a simple dungeon to them to learn in and for me to try out a new method (for me) of talking about the spaces players are in. 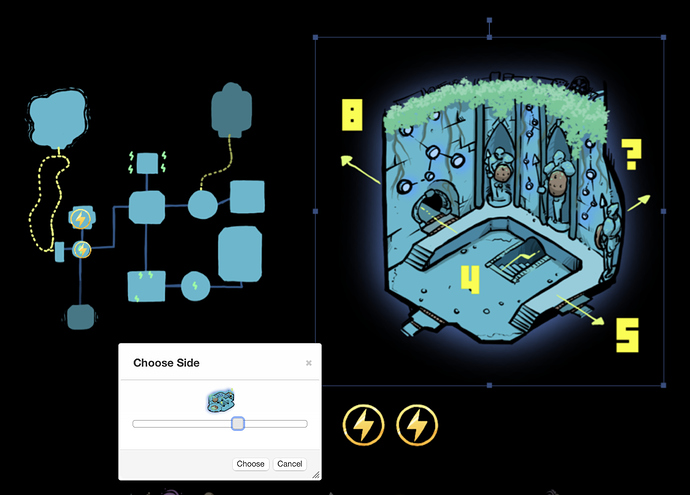 I made a layout image of the dungeon and used Fog of War to reveal rooms as they entered. Then I made quick sketches of each of the rooms (all uniform in size) and made a rollable table for this section of the dungeon, then made a token out of that table. I would describe the room as they entered, giving as much detail as I could, then I toggled the rollable table to the room they were in for visual reference. Players really liked it, nobody got lost in the details, and I had a lot of fun trying something new. I learned a TON doing it this way, there’s a few things I’d do differently, but on the whole I’ll likely run dungeons this way in the future, haha.

Thanks for the read!

I’d love to try out that dungeon as a player! Got time to show me?

I might be able to give a tour some time.

How long does it take to prep all the visuals for a dungeon like that?

Well, if you zoom in you’ll see it ain’t real pretty, but it looks good enough.

Depends on the room, but maybe 15 minutes or so. I get carried away sometimes and it gets more involved than it should be, haha!
All the images are 5"x5" @256 dpi so it maintains the same “zoom” as you toggle through them.

Here are the rest of the rooms in this level. It’s kind of an LoZ style dungeon, so players are collection “batteries” and moving them through the dungeon to power different elements, thus the lightning bot symbols. Nevermind the number colors changing from greenish to yellow on occasion, lol. 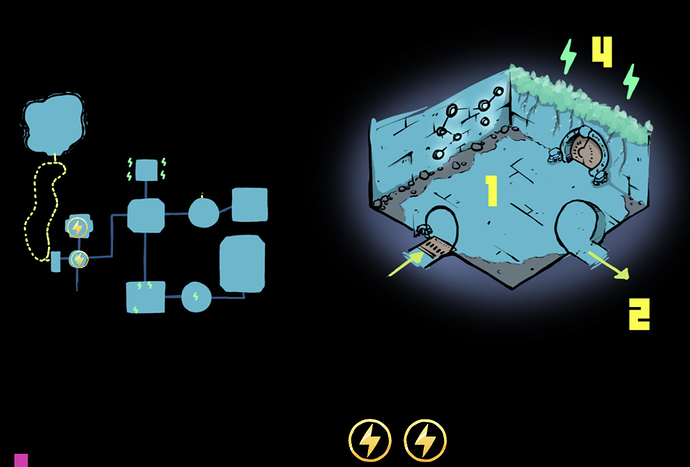 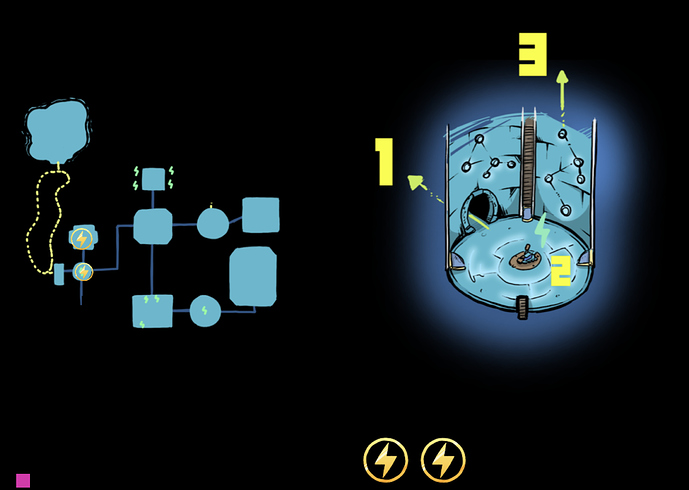 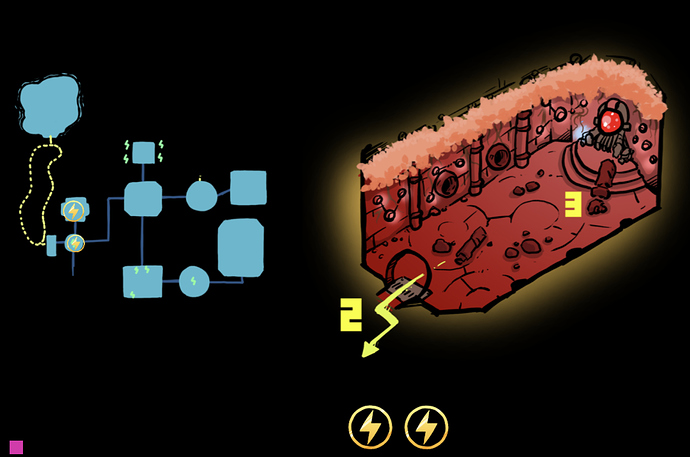 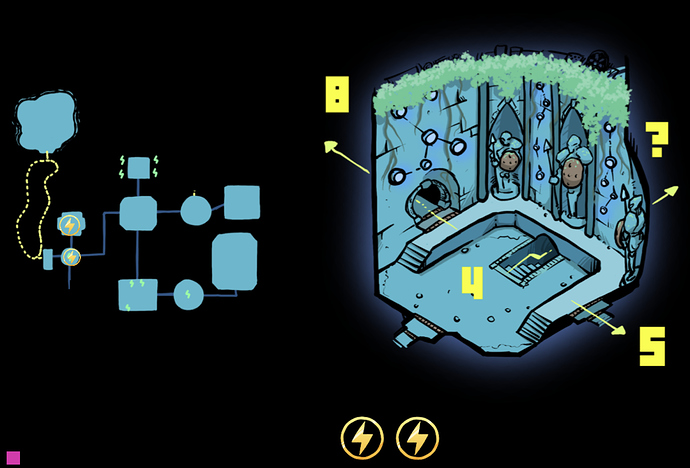 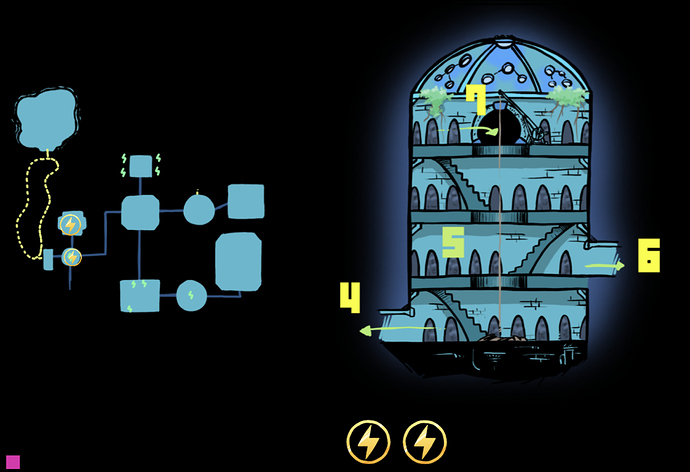 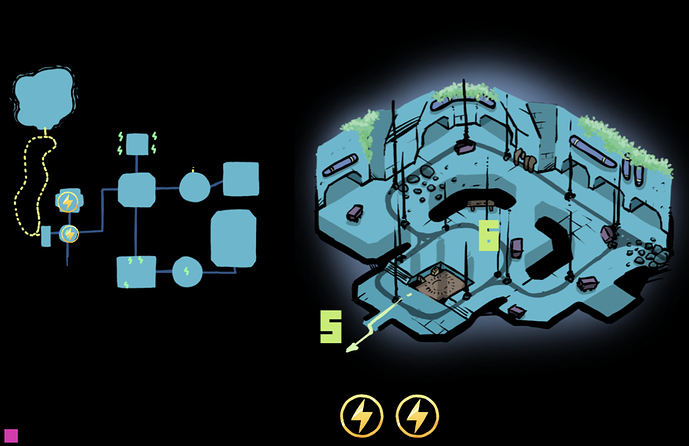 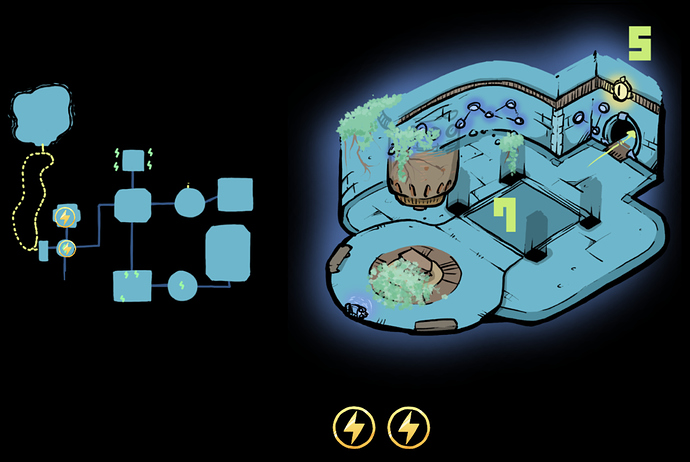 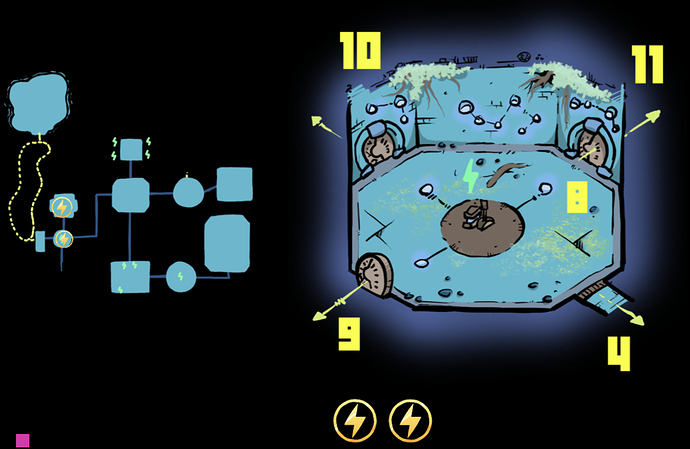 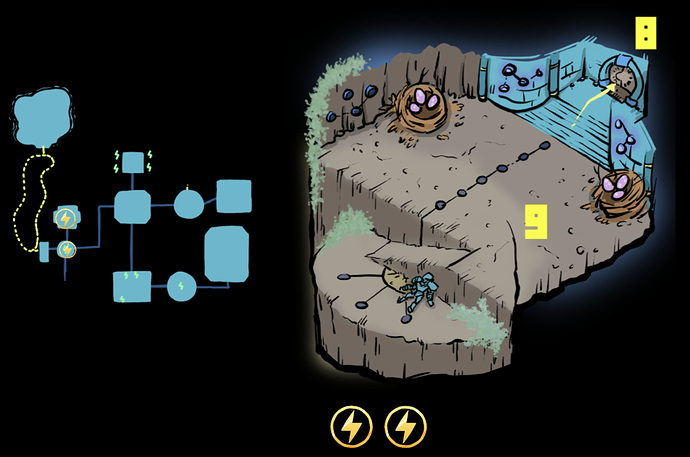 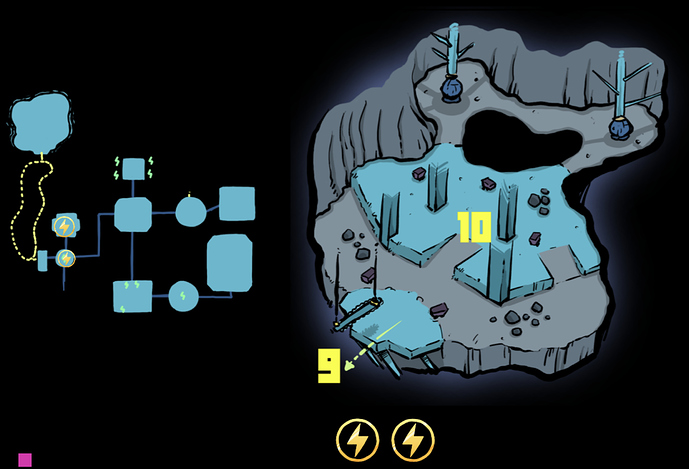 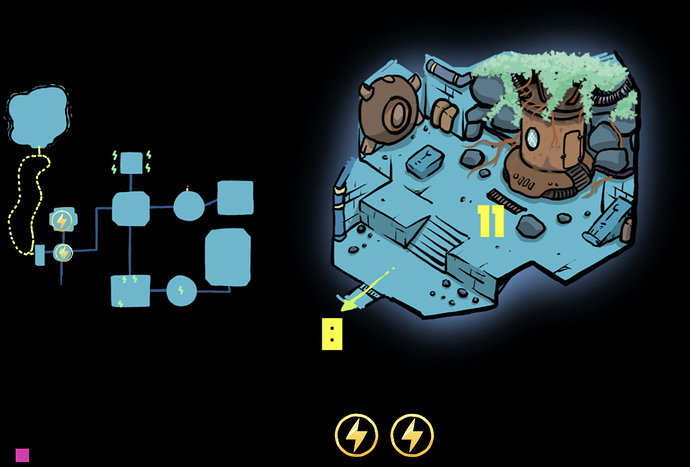 This should also be a zine!

At the risk of sounding out of touch: what’s a zine? Lol

It’s a little half-sheet soft cover book. A booklet, like for sale at a con.

pretty much what The_Merlitron said.

These look great! Definitely going to be studying up on these

Loving everything about these rooms, the color and style, good stuff!

Stupendous work. Thank you for sharing!

Wow! This is a really cool dungeon format. The isometric perspective is epic!