As cool as that would be, i dont know that i could afford throwing down on that right now. But, i would be happy to keep making/posting more art for the project

I’d chip in for that. I’d also be totally happy for any art from you lumpy heads!

here’s one of the monsters in my section: The Forsaken of Yog-Sothoth 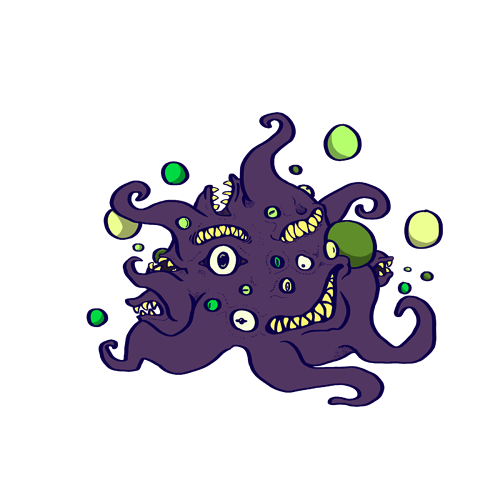 Such a cool picture! I’d love to see you draw the monster in my section, if you’re interested?

Lemme chip in as well!

here are the “party guests” that Allistar speaks about. The Yog-Sothoth Cultist, both before and after casting the “Invoking the Lurker” spell. 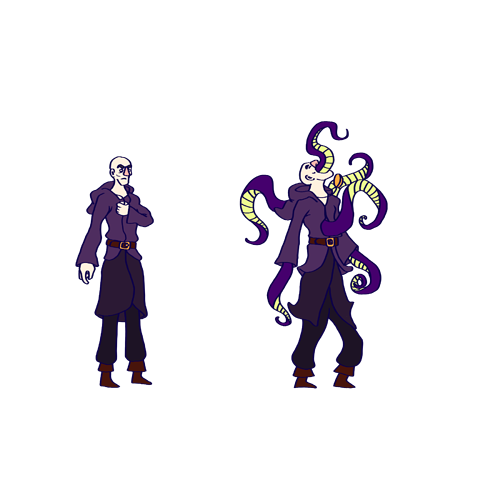 I will definitely try to get to it, Aegaeon seems like a dope monster, but im also going to be trying to get the art for my sections finished, as well as doing this Inktober Challenge, and finishing up the vtt assets for my upcoming game. Man, this is a busy month lol

Busy month on the Runehammer forums = a great, epic month!!

And I understand, don’t worry! Can’t wait to see more of your art, a nice sense of the room & creatures you had in mind!

So far, so good: keep up the great work!

I think my section can be moved from draft to finished if everyone else is ok with the way it is.

Is my section good?

I love reading through all this stuff. Very cool to see a community project like this.

I know we’re really trying to nail everything down as the month comes to a close but I have a few questions that are especially pertinent to my resolution center.

I’m a bit conflicted on the whole, the player = Key bit. So I would assume that Allistair has been planning to summon the Eldritch being for a while, and I just find it a bit hard to believe that his entire plan hinges on a particular person being at the town and tracking down Wirt. Like they could have pick-pocketed anyone right?

I was thinking a few modifications could really make the adventure more cohesive. What if Wirt and Greg are part of the sacrifice to summon the eldritch being, and Alistair and his wife make up the remaining half of the ritual. Then, a designated player (instead of being a KEY), steps into the ritual and absorbs the chants; half transforming them into a tentacled monstrosity!

They get to become REALLY strong, BUT have to flip a coin to see which side of their personality wins out. Do they attack Allistair or his/her party mates?

Thoughts? If we’re attached to the Key concept, I would love it if someone could clarify the details/reasoning a little bit more. I would be happy to modify my idea

Copied and pasted from the discussion in the discord group: the reason i went with the key, gate, and guardian idea was because that is one of the nicknames for Yog-Sothoth, the impending doom of the adventure. My reasoning behind making the key one of the players is that it fits with the lovecraftian theme of the enemies, namely the unknown or hidden heritage of a protagonist. also, this is supposed to be a recurring, unstoppable dance through the aeons. my initial vision was that it would pay homage to how Link ALWAYS ends up fighting Ganon as the hero of time saves the world. so this wouldnt just be a chance meeting, since Yog Sothoth is an elder god that lives beyond time and space he would be pulling the strings for this set up to happen time and time again, until finally all the pieces aligned, and he would be made material in this mortal realm.
this “dance of fates” recurring throughout history is our excuse for being able to dress the adventure in any setting, that way players can do this in ghost mountain, warpshell, alfheim, hell… they could even do it in 5e settings like eberon or forgotten realms, call of cthulu, or anything else if they really felt like it.

I like this, I want this. Perhaps we end this on a pretty obvious:“this will happen again another time” note?

Hey guys, quick reminder, All Hallows Eve is just upon us! our completion date is tomorrow so please do your darnedest to finish up your sections and turn em in today! Again, if you are having difficulty getting everything ready or want some help let me know, i am always willing to raise my shield to help out a brother or sister in arms.

As am I! We’re going to get this done

Here are a few more assets for the doc. the Ash zombies for my section. should i also dare to include pictures of Allistar and Tabita? 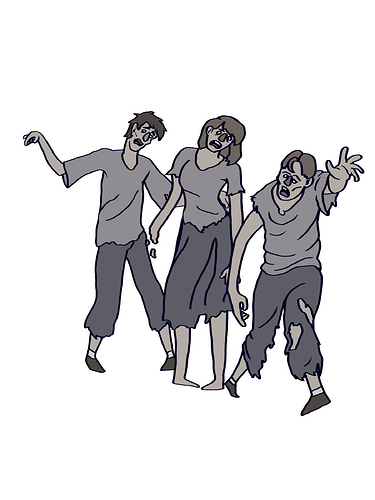 Ash Zombies.jpg1800x2400 391 KB
And here they are individually if that is better 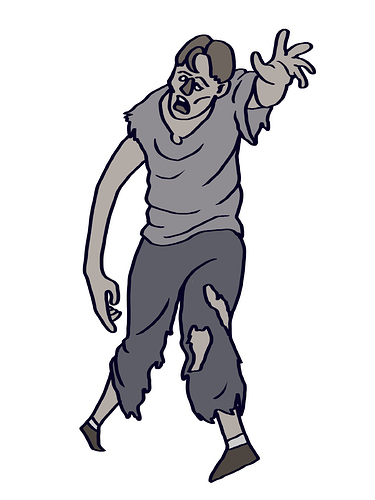 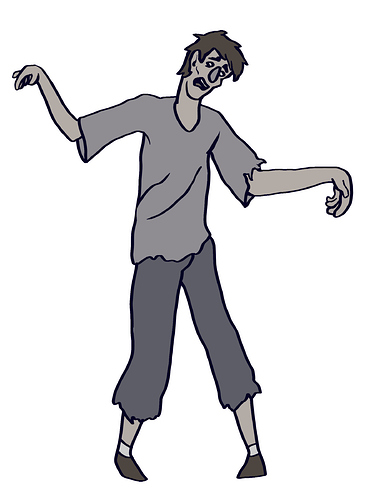 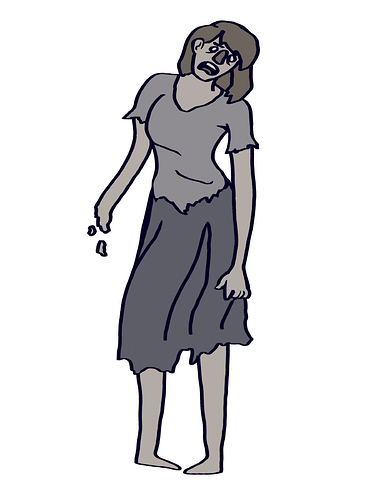