Campaign Diary III: Stars in my pocket like grains of sand

Session III: Stars in my pocket like grains of sand

This is the campaign diary for the third session of my Warp Shell-campaign Stars in my pocket like grains of sand . If you want to meet the crew, head over here: MEET THE CREW.
The campaign diary will be part text and part pictures, because I find that more accessible. 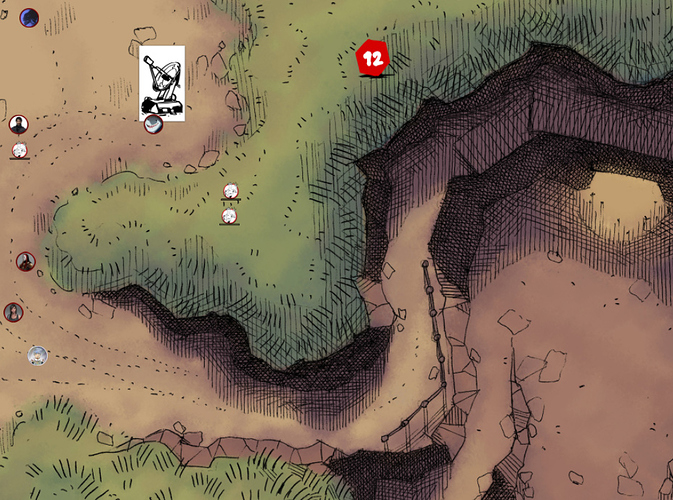 Our heroes are catching their breath and take some time to recover.
Greg sits down in the metal ruins of the satellite and begins to sort pieces of scrap. His player asks me if there are rules for crafting (there are not yet!) and we decided we will try to come up with something for Greg to be able to build a little radio or short-distance walkie-talkie.
Eliott who had a look at Gilbert’s vibro cutter rewires the cables and turns the vibro cutter into a grenade. She hands the grenade to Gilbert and explains that the button on the side functions as a safety lever. If he wants to detonate the vibro cutter grenade, he simply has to push the button, release it and throw the grenade at the chosen target. Excitedly, Gilbert pushes the button before Eliott has finished her explanations, arming the grenade.
Meanwhile, Axis has ordered his servant Nekure to take a closer look at the dead reptoids and secure some of that milky white liquid contained within the tubes that connect from the reptoid’s head to their clothing. Nekure finds out that the reptoids have a hardened pouch on their clothing where little glass vials containing the white liquid are stored and connected to the tube. Axis goes to Eliott and tries to heal her, ripping some of his bandages in two, scaring the shit out of her.
After finishing eating some of the reptoids, the Xenomorph leaves the group to stealthily scout ahead and enters a forest-like are with thick grean vegetation. Gilbert, armed grenade still in hand, walks up to Nekure and dips his finger into the white liquid and tastes it. He is overcome with a sudden urge to release the trigger of his grenade, angry that Eliott has ruined his tool and turned it into a weapon. And that smug-looking Nekure-guy. He needs to be punched. The anger wells up inside of him but he can control himself and calms down.
Eliott and Axis convince Gilbert to let Greg have a look at the vibro cutter grenade. Greg tries to disarm the grenade with Eliotts assistance. He rolls so poorly he spends not only his but also Gilbert’s hero coin to not have the vibro cutter grenade explode in their face. If sharkoids couldn’t sweat, they can now. Afterwards he repairs the vibro cutter making it a functional tool again.
The xenomorph scouts ahead, discovers a massive plant-eating creature and tries to stealth up close. It fails and the creature looks at the xenomorph. Spikes and horns cover the neck of the creature, huge mandibles grow out of the side of the face. A dozen black eyes look at the xenomorph, while munching on some leaves.
A few metres away, Greg and Gilbert walk up to the reptoid remains and start eating. They are overcome with anger. Greg really wants to punch Gilbert in his stupid face. His hair is so colourful and stupid and the reptoid blood makes it look like he has some dumb highlights in it. Gilbert looks at Greg and thinks about murdering him in his sleep with a self-made garotte. Fortunately, both of them take a deep breath and can control themselves. Greg tries to use his cutting torch to fry some of the reptoid and eat it, but the effect is the same. He gets very angry and feels like Gilbert needs to be punched. Then he calms down. The party wonders where the Xenomorph went and walks in the direction of the forest. 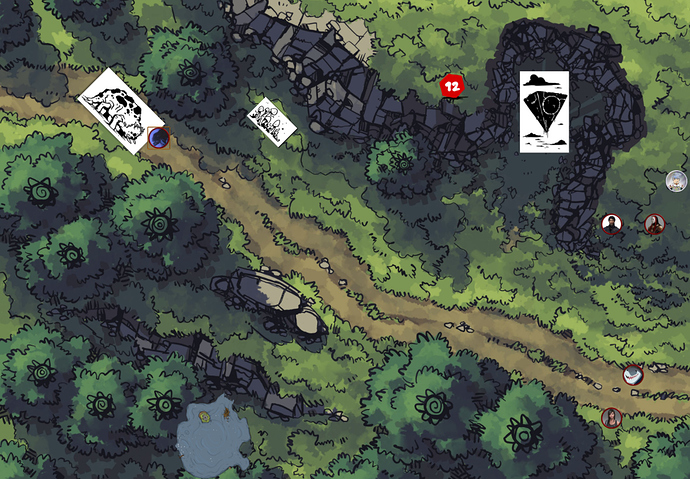 Their cover blown the xenomorph decides to take the strange creature head on and jumps on its head and claws at its back. The creature defends and pierces its horns into the xenomorph nearly impaling them. Acidic xenomorph blood splatters all around, but the thick armour-like hide of the creature repels the blood and does not get hurt by it. The rest of the group arrives and sees the xenomorpg running hastily running towards them. They also see a creature, Axis identifies as a bullgort, its dozen eyes now a glowing red, snorting, getting ready to charge. Nekure, Axis and Gilbert take cover on a grassy hill to the side, the xenomorph jumps out the way and Greg and Eliott get hit by the Bullgort’s horns. The battle starts but Greg uses his ripsaw to tear off the armour-like plates on the bullgort. They make short work of the poor angry herbivore and cut it up to turn it into rations. The xenomorph eats part of the Bullgort and splices their DNA with the Bullgort’s DNA (gaining the ability Bullgort Hide +1 DEF). Nekure orders the Genos they have rescued in the cave to search for firewood and water. Gilbert heals (or rather: repairs) Eliott who is bleeding profusely. 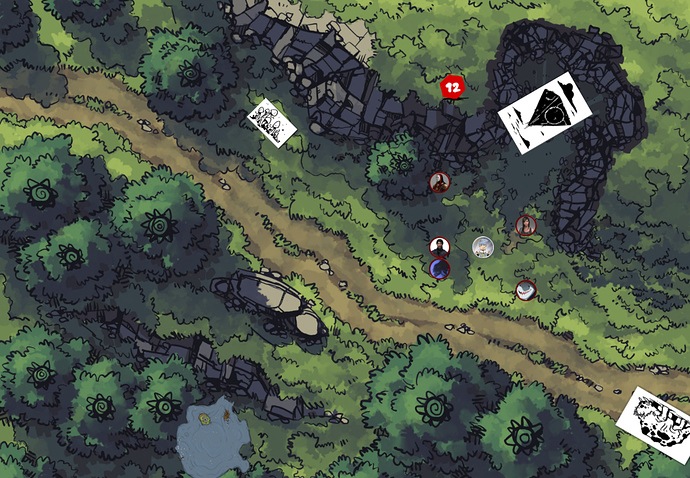 Axis now takes a look at the black hovering tetrahedon and wants to touch it but Eliott prevents him from shouting a warning. She moves up to the weird alien artifact. Her head is suddenly filled with thousands upon thousands of voices, whispering, urging, murmuring: “Touch the tetrahedon. Let us help you. Don’t be afraid.”
Meanwhile, the xenomorph has climbed up on a hill beside the tetrahedron and jumps on it. Blue tendrils grow out of the tetrahedron and snap to the xenomorph’s head. They see the mycelial network that permeates all of the known universe and feel, that in a non-trivial sense everything is connected via a vast intergalactic rhizome. The tendril pull back into the tetrahedron and a compartment on the structure opens revealing a cylindrical glass container, blue spore-like light flickering within.
Eliott disregarding her own advice touches the container and it shatters in her hand. She inhales the spores (her player can now increase one attribute of his choice +1). The tetrahedron buzzes and softly sinks to the ground. The buzzing stops.
Gilbert strolls over to the mushrooms in the meantime and tries to discern their nutritional value by licking them (the yellow ones taste meaty and like bark mulch, the red ones taste bitter and smell of citrus, the green ones are poisonous and Gilbert loses 1 HP).
After gathering wood, water and preparing meat and mushrooms for eating, the heroes gather around the campfire, fry Bullgort meat and mushroom-meat-skewers and take a well-deserved rest.

This the end of session 3. Take a hero coin all you untiring readers and sit by the fire. Have some mushroom-meat-skewers. Don’t eat the green ones, they’ll make you sick and might kill you.
I am using Foundry ver. 9 and still use the Index Card RPG system ver. 1.2.4. I am very excited for the updates that @Dan_Weiss and Enso have cooked up. The assets used are the ICRPG World Cards, TARGET-styled D4 TIMER made by @Seran (you can find them here ), the ICRPG Online Play Assets and the Warp Shell Map Kit Assets.
The Bullgort had

, its horns did WEAPON and its charge attack did ULTIMATE. It only attacks those who provoke it and can probably be tamed and used as a beast of burden.
I like character progression to be diegetic therefore I have come up with a yet-to-be.discovered intergalactic species that communicates with our heroes via those tetrahedron and gifts them spores that can be used to increase ability scores. Feedback as always is appreciated. Take care, all!