ooooooh myyyyy i remember these! I had alot too. Still have my deer character by my desk as we speak. Im down!

That deer was the coolest!

Ok, firmed up the build for this game (aiming for low-complexity):

These one-shots are designed for beer and pretzels fun! Characters are fairly basic by design to jump in and play!

Take a Battle Beast Pre-Gen. All have:

Each character is infused with the magic of either Fire, Water, or Wood. Fire figures defeat Wood (fire burns wood), Water defeats Fire (dousing the flame), and Wood defeats Water (by floating on it).

The first time you attack an opposing Battle Beast or are attacked by one, a random roll for each is made to determine which power each combatant possesses! A character who wins this mini battle gains EASY attacks against the loser!

Once a character has rolled to determine their outcome, it remains for the duration of the current one-shot adventure!

Did up a Miner Mole pre-gen for my man @rpgerminator: 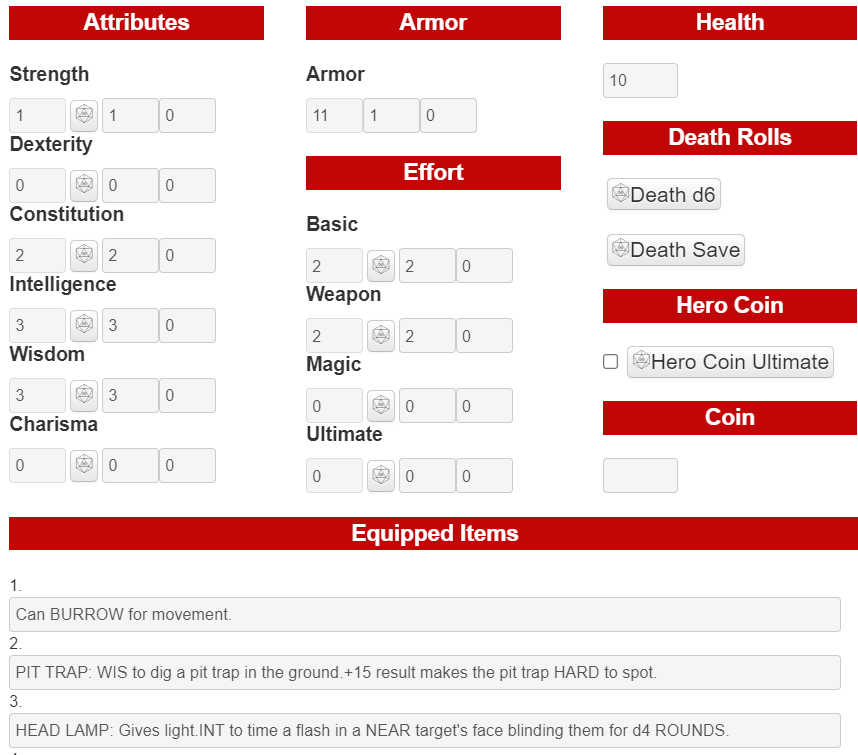 Naturally players can swap around some stat points if they feel strongly about it. I’ve found with one shots giving more points to play with (if not extra loot) is a good thing.

Thinking that these one shots will primarily be about fun combat but will have some dilemas and obstacles to let the characters’ traits shine when possible.

Should the elements come with a minor boon or ability? Fire could add to ranged, water could add to melee, and wood could add to DEF, or something like that? Or have we made it mechanical enough?

Dude! This is freaking amazing, thanks for putting it together! I’m pumped for this game!

Def will consider a boon based on the elemental reveal for future games if there are any. But yes, for the initial game I want to try easy to pick up characters with the added thematic rock/paper/scissors aspect.

With any minions/bosses a player enters combat with, I think each roll off will get a bit of the adrenaline going.

Now confirming I’m on to run a one-shot of this ICRPG game this coming Sunday 1/22 from noon to 3pm PST.

I’m prioritzing @rpgerminator, @t8r, and @Josh all of whom indicated they were up for it if that time works.

Anyone else here who was in on the discussion, let me know if I should also read it as you wanting to be in on the game.

I’ll give it a day or two and then expand the invite.

Again, just a one-shot, no campaign. But if you have a good time, there will be other one-shots for some fun retro properties to come.

I’m in for sure! See you guys then!

Wow. I have been nostalgia factor is so strong for this one. I still have some of my battle beast my older brother gave me. Of course they were the ones he had two of. I know he still has all of them still and would love to run this for him. GREAT IDEA.

Hey guys I’m sorry but I won’t be able to make this. Already have a game during that time. Sorry for my delayed reply to this. Life has been hectic. Hope y’all have loads of fun though!!!

Best idea ever!
Wish I still had my figures 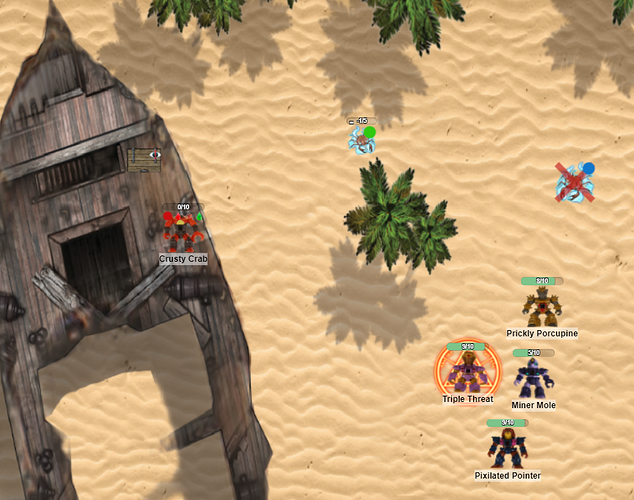 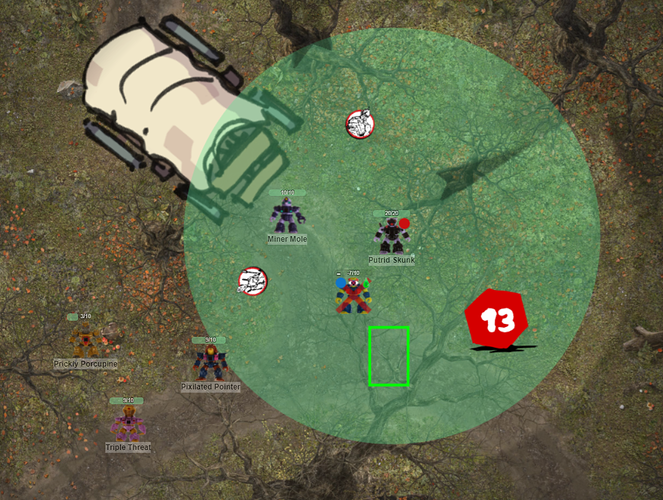 Something smelled foul in the forest 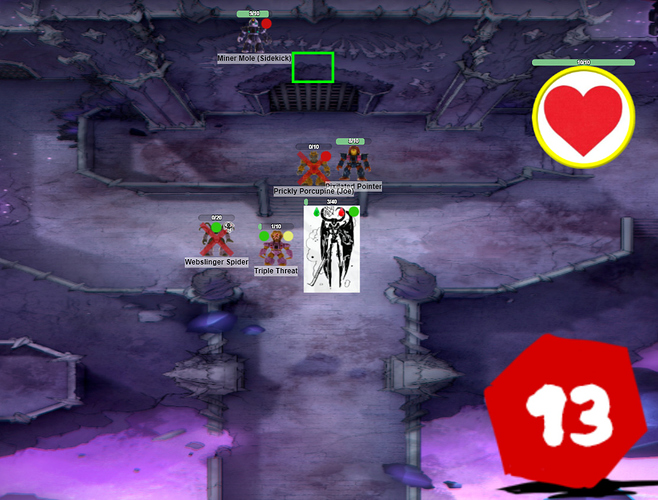 The Fire/Water/Wood aspect was a hit. The table decided to havetheir result reset each scene for more suspense and variety. The final boss’ element changed on each of its turns foe added swinging of the momentum.

That’s so cool, it looks like you all had a lot of fun!