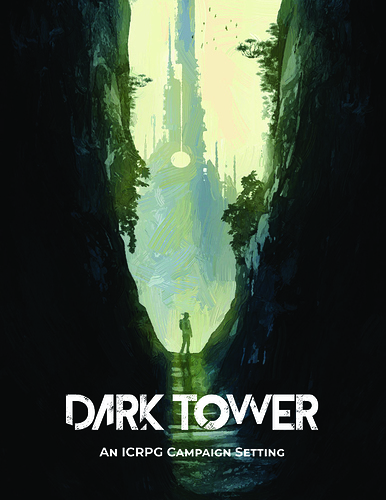 Anyway, I’ve been reviewing all the wonderful campaign settings that have been produced by the community and I was wondering, what are the pieces I should focus on the most? I don’t intend on writing a full-blown world history or political system. I want to draw maps and leave blanks, you know? But since this is the first campaign setting I’ve done, I’m curious to know what has the most bang for its buck.

I’ve got a basic intro down, a list of monsters, some LOOT ideas, and a couple of locations, but nothing has been set in stone. Any advice would be appreciated

I would focus on character options, and related info. There is a lit that can be said about a setting through the character options, and it can que to how the game is supposed to feel. Include bio-forms, classes, loot, spells, and additional mechanics. These speak volumes to a setting. Threats are also a good thing to focus on since they directly interact with the players. Any additional rules or tables that are thematic and, again, interface with player experience (see Blood and Snow).
Include enough lore to get started, but not so much eyes glaze over.
That’s were I would start.

What I love about the settings @Runehammer created within the ICRPG books is how they are Filled with vivid specific impressions and opportunities for adventure and dramatic situations without being burdensome and over written.

I honestly can’t imagine trying to use a campaign setting completely by any single book. What I want is some ideas about what doors are open in this world, and what kinds of things might be on the other side that make this world Different from any other. But I don’t need to know how many blades of grass there are in the fields of Landiaplacia.

I know this will sound ironic coming from a Wordy Bastard, but I want to see bullet points not walls of text. Telling, evocative instances, not minutiae exhaustively itemized.

Going to tag some more on to that, because the analogy of why HF’s worldbooks do it so well finally hit me:

Another way to look at the best campaign worldbooks, IMHO, is to think of them like amusement park maps. Highly visual and briefly worded. There’s a bunch of neat stuff to do, but you will be miserable if you try to do it all in any kind of scrupulously comprehensive manner. There are certain rides you just gotta ride, maybe more than once. Certain souvenirs you will want to take home with you. And even if you only get to spend 2-3 hours there this time and can only do the most exciting stuff… you want to have walked past and heard about a ton of other fun stuff that you can do the next time you visit.

The campaign guide needs to help the GM plan an awesome first visit, the kind that will encourage those new visitor PCs that there are still plenty of exciting reasons to go ahead and buy that season pass on their way out the gate and keep coming back all year.

By way of example, looky here:

There’s a lot of this right here I’d want in a campaign worldbook. Which is I think why HF’s model is so damn awesome.

And to go in an even simpler mode, the DW models work really well for the same reasons. Consistency simplicity and evocativeness. This one is like my all time favorite Ultra-Lite Setting Guide in the DW model: and now that I look at it in this light, it really holds a lot of similarities to the amusement park map concept and HF’s model in the ICRPG books.

adventures… build it and the rest will come… introduce us to your world thru the sites and people… we can fill in the rest… i know i am not the best at this part but it’s the advice I was given once…that’s the secret sauce… Game On!

What did you have in mind for the theme of the game? I read thru the PDF and it sounds like a good dungeon crawl… reminds me of Ptolus for D&D3.5e, or the Jade Colussus for Numenera… all great dungeon crawls.

What did you have in mind for the theme of the game?

TL;DR The central theme that I’m trying to promote is a struggle against corruption and ever-present influence of the Tower. The Dark Tower spreads corruption and only the players efforts have a chance to hold back the dark forces at work. My goal is evoke a feeling that time is of the essence and that at some point they’ll have to face the Tower, whether they’re ready or not, culminating in a crawl through the Tower.

That’s what I’m trying to work through currently to define. I’ll give you some background, so you can see where I’m coming from.

One of my favorite games growing up was Dark Tower. In the center of the board was a large electronic Dark Tower and the goal of the game was to travel around the board collecting keys that would unlock the Tower and allow you to defeat the evil army there. Along the way you have to collect warriors and other resources so that you could have a chance to defeat it.

Jumping to the present, Restoration Games is creating a sequel to the game called Return to Dark Tower and I’m super excited for it! The premise that you travel around the border, working to become strong enough to face the Dark Tower remains the same. But include elements of spreading corruption, quests that need to be addressed, and a variety of adversaries.

I really like the idea of the spreading corruption and was trying to include ways that I could thematically and mechanically promote that. So far, I’m thinking of an opposing mechanic to MILESTONES called CORRUPTIONS which can be added to a player when facing defeat, dying, or promoting evil.

Here are a couple videos I’m be referencing to get my mind working.

When Hankerin Realeased Bearcats…I was at Disney World and I could not help but think of the BearCats map in the Context of an amusement Park Map…and that that was not a bad thing. Just Funny that it works so well…We are looking for amusing locations!!!

Kind of to the original Post. Kind of to the expanded Post.
All these are just ideas I am getting from the post, and hope that it might trigger a train of thought in you to make it to the next hump.

Have a concept of the True Nature of the Tower.

You can have all 3 of these as truths, and it will only affect theme and design, to keep it fitting all 3, or you can focus on one of them.

Who where the powers?, what happened to them?
When the new Landlords came in, the subjugated or chased off their competition. what are those who escaped doing?

What is the nature of the spreading corruption?
Is it the denizens spreading out? Is it the power not being contained? Is it the Tower wanting to make the other 12?

Why are our hero’s likely to encounter weaker foes first?
There is no true control in the tower, disputes and the concentration of power has not happened yet, or there would be strong guards at the edges of it’s lines.

This was the 4th Tower, 9 are fully constructed and operational, this one was responsible for building the last 4, but Azkol hijacked it for his own wants. The sorceress Hekyth, divined what tower is the Prime Tower…what does she want?

Well except for the details…

Wow @Paxx, these are some really awesome starting points. Thank you!

I really like the well idea. I imagine that tower channels all sorts of magical energy, but since the tower itself is corrupted, it naturally corrupts the energies that are funneled inside. Additionally, I imagine that corruption spreads in two ways. In small doses, it corrupts like the One Ring or a horcrux. Being in its presence subtly presses against your mind to turn to evil. Unfortunately the Tower is so large, everything in the realm is in its presence.

As you get closer to the tower itself, the corruption becomes more visceral. Creatures are more feral and unnatural. The landscape more wild and untamed. The people who do dwell close to the tower are definitely on the seedier side. Rogues, villains, ruthless savages. Developing the will to resist the tower is major cultural point for the people in the realm.