A comparison of popular VTTs as of today

Yet conversely, if you have the automations already available, why not use them?

ICRPG is not that complicated that you need the automation. IMHO refusing to do the math of a couple of bonuses added to a die roll insults the “Nerds” that we are. (No offense intended).

All that math, calculations, conditions etc. slow the game too much for my taste.

RE: D&D 5e and other complex games, I get it. It does slow the game down… I don’t play them alot for the same reason, but using software to help is not the same as playing the game at the table. Learning the rules and making yourself a better player is part of the whole experience. That includes the math…

It’s just drag & drop at that point like my Fireball example above.

That’s why I think it’s a video game…

This is strictly my opinion… Playing RPG’s and learning the rules by manually making the calculations is part of the investment into the game. I compare it to learning math. If you don’t take the time understand the formula’s without tools, you won’t understand how they work or what to do when the outcome is not what you expected. I come from a different generation that has had to learn things without the use of software in their everyday lives, so my viewpoint make be skewed.

You’ll get no arguments from me and no offense taken. I understand where you are coming from.

I’m using FG because my new group wants to play D&D, and D&D only. If I want to have a group, I have to compromise at this point. Also 3 of my new players live in another city so online play is the only option.

I won’t even attempt to play D&D at the table anymore. Certainly not with my old players. Too many arguments, too much fighting, too much wasted time with counting squares, analysis paralysis etc. It is a drain, not a game.

FG removes most of the pain of D&D. Obviously it is no cure because there is no cure for complexity but it helps a lot.

My evil goal is to let them play D&D and to watch them get bogged down with all the rules, buttons and all that crap. Then I’ll lure them into ICRPG with a “one-shot”. Maybe I can brainwash them and make them join our little cult.

ICRPG is not that complicated that you need the automation. IMHO refusing to do the math of a couple of bonuses added to a die roll insults the “Nerds” that we are. (No offense intended).

I understand your point, and I do find myself pushing players to actually know and remember the rules of a game (while using a full-featured VTT). That said, I understand that TTRPGs, even simple ones, are still complicated. The number of game states is infinitely variable and changes moment to moment. That is the complexity that digital tools helps me mitigate.

It’s more than just remembering to add numbers together. It’s managing things like multiple effects, timers, and durations all ticking down on different turns, tracking which enemies took how much damage, and removing the constant back and forth of ‘who do you attack’, ‘this guy’, ‘for how much damage’, ‘4 damage.’ A system that can offload that mental burden for both myself and my players is a boon.

One VTT I am keeping my eye on is Let’s Roll. It looks VERY nice and sleek. System builder update that allows you to create your own sheets for games in a drag and drop manner is supposed to be out in a few weeks. They have Alpha testing going on right now and for 5 E it’s already pretty great. The community is mostly french at this time. 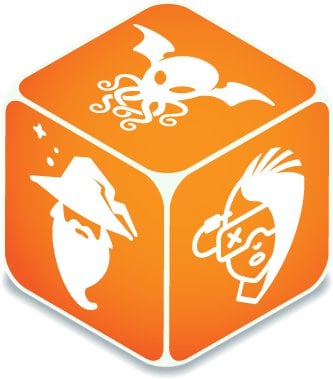 @Chaosmeister Ooh, I’m intrigued. Will be interesting to see how it turns out!

That’s counter to the review above, i.e.

You don’t own what you create. You can’t export, back up or reuse your creations.

Is this not the case? If it is the case, then yes, you’re locked in. You create stuff… and you can’t get it out of the product.

Then Astral needs to get their crap together and make that clear either way, cause there’s no mention of that, no choice in upgrade but no requirement to add payment options to your account. Not sure they thought that through…

Personally I find it a moot point as the platform is buggy as heck. Can’t get what limited features it has to work. On the flip side, just bought a roll20 plus account and got used to the dynamic lighting right quick. If you want to wait for the FGU update to buy that, it’s a good option as an in between atm, imho

This is an excellent write up, thanks!

I want to try running a digital game sometime soon with my group, but I want to keep it EXTREMELY simple. Just a battle mat and player/monster tokens. No bells and whistles. No character sheets or dice rolling even (players can handle that at their desks because I trust em). Really I just need video chat and some art, maybe some music. What would you recommend between Roll20 and Astral?

Really I just need video chat and some art, maybe some music. What would you recommend between Roll20 and Astral?

Not the OP, but roll20 hands down, in my opinion. I’ve not used Astral in a game, but after spending a few minutes with it, I wasn’t comfortable enough to do so. Even back in the beginning of roll20, it was instinctual enough to run it without the tech getting in the way. I haven’t found that with Astral.

I tried out Astral and it is so so confusing. It looks good but I just don’t understand the interface. In the meantime I will check out Roll20 and see how it looks.

Both would do what I want, but I think Roll20 is just that more developed.

@ChuckDee
“You don’t own what you create” means there is no easy way to export your maps, characters, journal entries etc. you had created in the program. They are stuck there and therefore you don’t directly own them. Obviously if you create everything yourself and upload the final result then you’ll have your original files. Having said that, a campaign is much more than a collection of individual images and maps.

You can always copy/paste, take screenshots and whatever but that way you’ll only have pieces of stuff which you’ll have to stitch together later.

Also what you create is on their servers and those can disappear at any moment so you don’t really own anything at all in that sense too.

As for Astral, at the end of the free pro subscription, you’ll most likely lose access to your stuff that is beyond the storage limits of the free tier. Such kind of temporary free promotions all work like that. They want you to put your stuff in for free and then will demand payment for anything exceeding the limits. Which is their right of course but that’s why I never take such bait because it is ultimately pointless and a waste of time.

For anyone considering Astral my suggestion still is: Either use the free tier or don’t use it at all, at least for the near future.

@Arc
According to your stated needs, Roll20 is probably the best option for you.

I have been, and am aware of many more VTTs besides the ones I listed in the OP. I didn’t mention any others because either they are still in development, they don’t have enough features or they don’t have enough community or support. The title of the post is “A comparison of popular VTTs as of today” for a reason.

This is slightly off-topic but I’m playing around with Fantasy Grounds Unity early release and it is still a bug galore. I wouldn’t expect a smooth gaming for at least 2 months, maybe even more.

“You don’t own what you create” means there is no easy way to export your maps, characters, journal entries etc. you had created in the program . They are stuck there and therefore you don’t directly own them. Obviously if you create everything yourself and upload the final result then you’ll have your original files. Having said that, a campaign is much more than a collection of individual images and maps.

Thanks for the excellent reply and thread in general. I just wanted to say that I wonder how many people really care about this aspect quoted above: I don’t see it as an issue at all. I think most people who are going to jump to VTT’s are not planning to use them in the long term, but to keep their game going right now. I won’t be putting any serious work into my VTT setup; a map here, background art there, tokens for the players/monsters (that I will make myself with token tool). I don’t care about lighting, or music, or dice rollers, or character sheets. I just need my friends and the very basics. If I can’t access that later? No big. Hank has that great necroll20nomicon video out that really shows how it can be kept simple (Speaking of, I hope he does more soon!).

Thanks for the kind words and you are welcome.

I don’t know how many people worry about “owning” their campaigns but I do know that it is a concern for some. If it isn’t an issue for you then you don’t have to worry about that. People have wildly different needs and wants and I made this post for everyone so that anyone can evaluate a program according to his/her tastes.

The best service/program for someone is the one that fits him the best, no matter its shortcomings or merits.

@Khan - yes, I understood that, and it was what I was referring to. But thanks for stating it more clearly than I did for the person that did not.